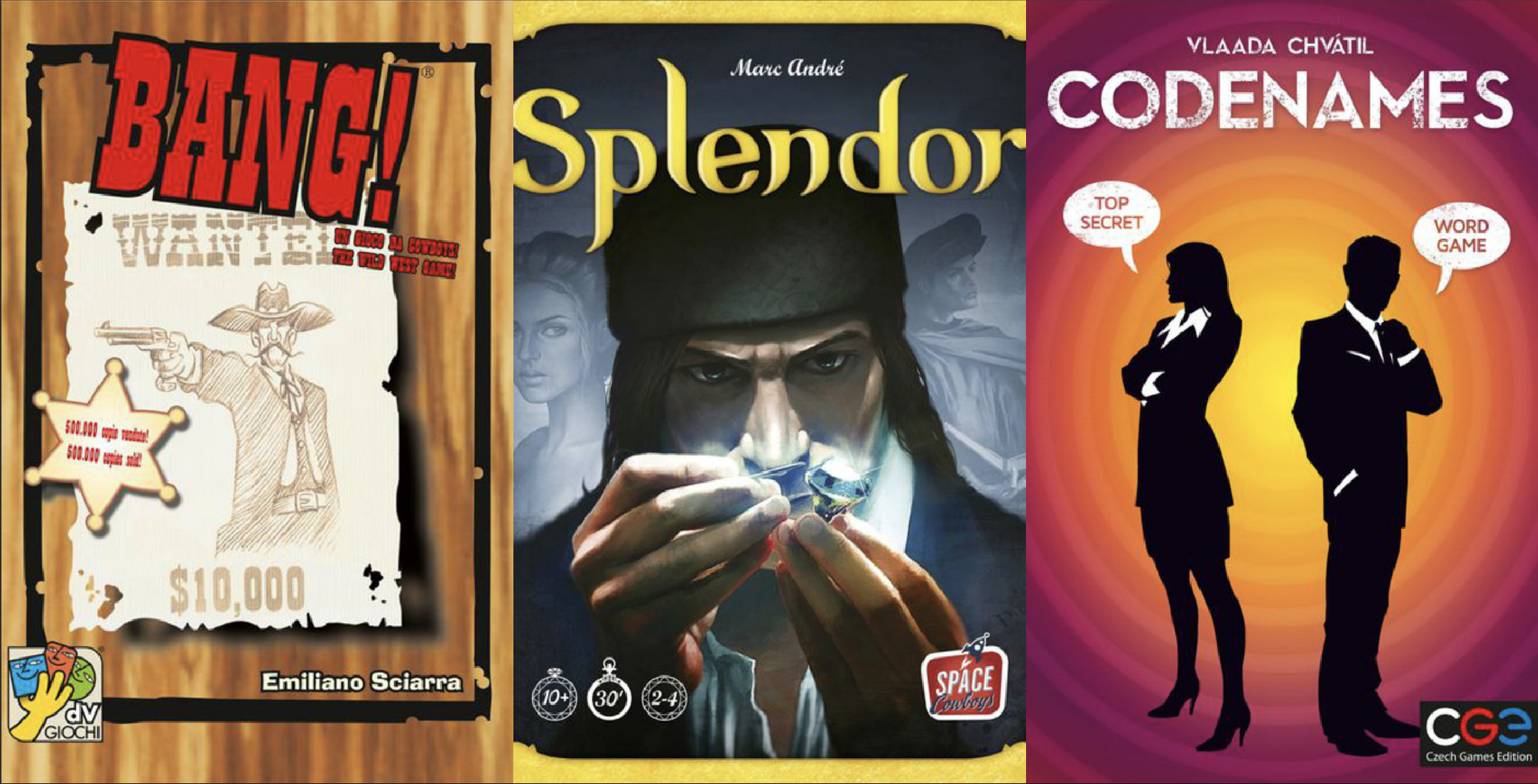 Whether you’re planning a get-together with the fam bam or your colleagues, board games are almost always the order of business. However, instead of the usual Monopoly, Scrabble or Risk, we’ve scoured Shopee to unearth some interesting board games you probably didn’t know about but should.

From strategy games that’ll get your minds thinking to brainless party games that’ll help you relax your minds, there’s definitely something in this list of board games that you should be picking up to play with your buddies. Trust us, you won’t want to miss the party with these board games lying around.

If you’re not the competitive sort and just want to test your team-building capabilities, Pandemic is one of the best board games for you. In this board game, each player has a distinct role with special abilities and they must work together to save the world from an infectious disease.

When it’s your turn, you can use up to four actions to move between cities to treat the infected, discover a cure or build a research station. One deck of cards will provide you with these abilities. But, here’s the catch – sprinkled throughout this deck are Epidemic! cards that accelerate and intensify the diseases’ activity. There’s a second, separate deck of cards, that’s able to control the spread of infections.

Do you have fans of the wild wild west coming over? Then take out Bang!, one of the very few board games that recreates an old-fashioned shoot-out. Each player will be assigned a random character to determine their special abilities and a role that’ll determine their end goal. There are four different roles, each with a unique victory condition:

Only the Sheriff’s role is known to all. The other players need to guess each other’s roles. Out of the 22 different cards in the draw deck, there are cards like “BANG!” and “MISSED!” that allows you to shoot at another player or dodge the shot respectively. Other cards in the deck can help provide temporary boosts while in play.

Here’s a team game that would put your wits to the test. In Codenames, two teams will compete with each other to see who can make contact with all their agents first.

The team leaders, also known as Spymasters, are given a card which shows the location of the red or blue agents, a beige innocent bystander or the deadly assassin. They will give one-word clues that can point to multiple words on the board. Your team wins when all your agents are marked on the board while avoiding the deadly assassins.

Think of it as a verbal minesweeper and you’ll be all ready to play! 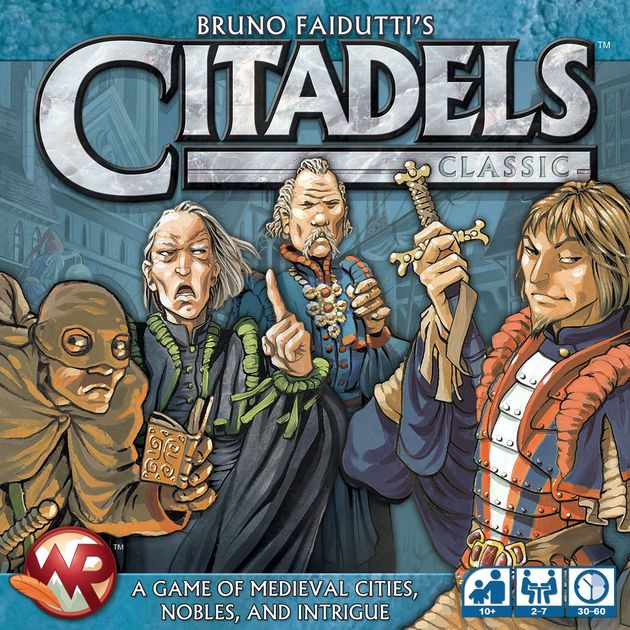 For fantasy lovers, this if one of the board games that’s bound to impress. In Citadels, players take on new roles every round to represent characters they hire in order to acquire gold and construct buildings.

Players all start with the same number of building cards in their hands. At the start of each round, the player who was “King” the previous round discards one of the eight character cards at random, chooses one, and passes the cards to the next player. Each character possesses a special ability and the usefulness of it depends on the situation. At each turn, you can earn gold and play your action. The entire game ends at the close of a round when a player constructs his/her eight building. Players will then tally their points and the player with the highest score wins.

You might have heard of The Resistance, a party game of social deduction. The Resistance: Avalon is basically a spin-off of the former that challenges players to deduce the identities of other players.

As one of the chip-collecting and card development board games, Splendor players act as merchants trying to buy gem mines, means of transportation and shops, so that they can acquire the most prestige points.

On each player’s turn, you can choose to either collect chips (gems), or buy and build a card, or reserve one card. Gems come in the forms of chips and developments come in the forms of cards. In order to buy a card, you have to pay for its price in chips. These cards also increase your wealth as they provide you with a permanent gem bonus. A player has to reach 15 prestige points in order to win the game.

In 7 Wonders, each player is the leader of one of the 7 great cities of the Ancient World. Your task is to gather resources, develop commercial routes and affirm military supremacy. The idea is to build your city and construct an architectural wonder that will transcend future times.

The entire game lasts three ages, In each age, each player receives seven cards from a deck. You are required to choose one of those cards and pass the remaining cards to the next player. Players reveal their cards at the same time and interact with other players in various ways. Players have individual boards with special powers and they can organise their cards. Each player then chooses another card from the same deck. This process repeats until each player has six cards in play from that age.

When you’re itching for a fast-paced game to get your adrenaline rushing, One Night: Ultimate Werewolf should do the trick. Each player gets a different role which has a special ability. In the course of the ‘night’ and the next ‘morning’, all the players will have to decide who among them is the “Werewolf”.

There are a dozen different characters, each with a special ability. This is one of the rare board games that are so fast and engaging that you’ll want to play it again. We assure you – no two games will ever be the same!

9. The Quacks of Quedlinburg

As a charlatan or quack doctors, you are given the opportunity to create your own secret brew in one the best board games – The Quacks of Quedlinburg.

During each round, each player can simultaneously draw chips and add them into their secret brew. The higher the face value of the drawn chip, the further it is placed in the swirling pattern. You can try to push your luck as far as you can go, but if you accidentally add too much, your pot can explode. At the end of each round, players gain victory points and coins. The player with the most victory points at the end of nine rounds wins the game!

If you love Russian Roulette, you’ll adore Exploding Kittens! The game is simple. Players take turns drawing cards from a deck until someone draws an exploding kitten. The game continues until one player remains.

To make things interesting, the deck is also made up of cards that can allow you to avoid exploding by peeking at the cards, forcing your opponent to draw multiple cards, re-shuffling the deck or even just saying no! Prep your heart because the game will get more and more intense with each card you draw and as the deck becomes smaller!

11. Betrayal at House on the Hill

Betrayal at House on the Hill is a tile game that allows players to build their own haunted house room by room and floor by floor. It is a game that rapidly builds suspense and thrill as players explore a haunted mansion initially as a team.

In Off Track! you can be one of the three randomly selected characters. Depending on your role as an Office Lady, a School Boy, you will have to work with your team to either build a track route to your specific destination. If you’re a Disruptor, your main goal is to stop both teams from reaching their desired destinations.

Players can keep playing until the Draw Pile and cards in hand run out. If the Office Ladies or School Boys have not reached their Destination by then, Disruptors win!

If you’re a fan of strategy games, you’ll love Istanbul. In this game, you lead a group of one merchant and four assistants through 16 locations in the bazaar. At each such location, you can carry out a specific action to acquire goods. When you choose to take an action, you must move your merchant and an assistant there, then leave the assistant behind. If you want to use that assistant again, your merchant must return to that exact location to pick him up. The game ends when a merchant has collected five rubies in his wheelbarrow and all players have completed the round.

Comfort First: 9 Best Baby Strollers For Newborns To Snuggle In