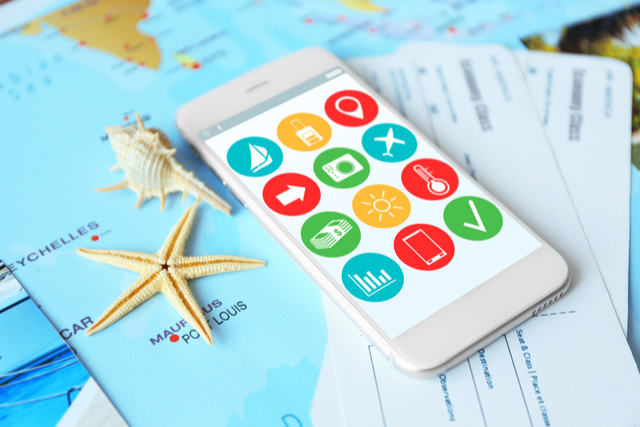 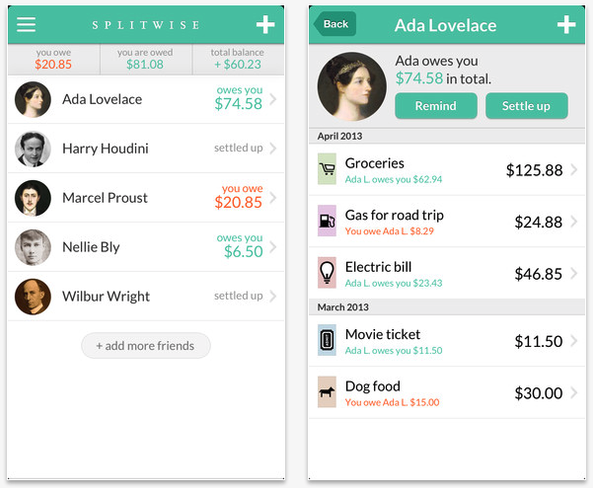 (quora.com)[/caption] It can get pretty confusing when it comes to travelling with your friends, especially if you helped Xiao Ming pay for his meal, but Xiao Hua helped you out when you were short of $2, and Xiao Hong paid for the cab ride first. This app acts like a loan shark (sort of) and helps you keep track of the group’s expenses! Everyone in the group can login to check if they owe someone money, see their balances and much more. Cool fact: Get notified when payment is due so you won’t forget and that ONE friend won’t use his poor memory as an excuse for not paying you back. Available on: iOS and Android; free. 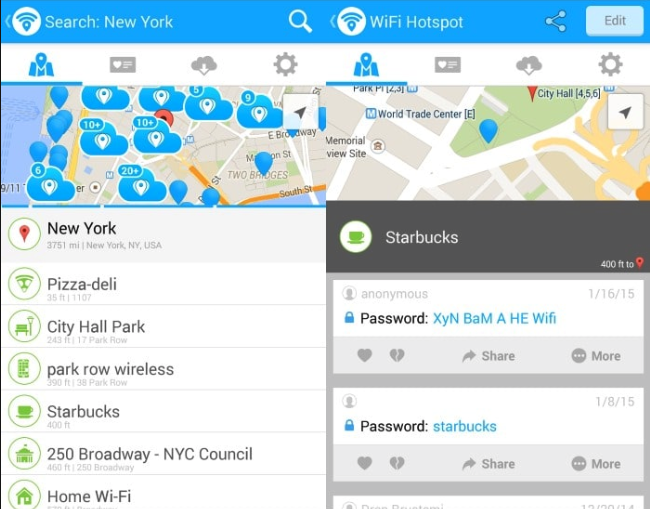 (ghacks.net)[/caption] Avoid roaming fees the next time you travel abroad. WiFi Map shows you places nearby that offer free WiFi – you no longer have to save your precious (and expensive) data to upload the perfect OOTD. Cool fact: Download free offline maps before travelling so you can get WiFi passwords even when your phone isn’t connected to the internet. Available on: iOS and Android; free. 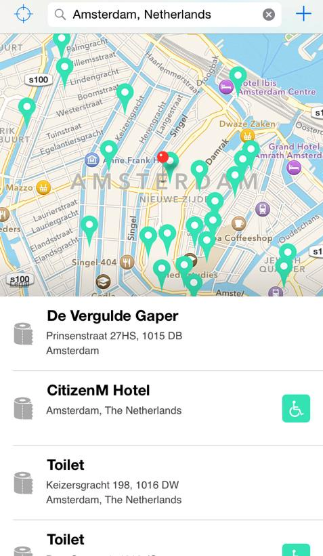 (jrustonapps.com)[/caption] When you gotta go, you got to go. It helps when you know where to go to though, and Flush will help you get it out your system, literally. Find a public restroom near you by simply activating the app! Cool fact: Find out which washroom has disabled access, a fee for usage or if it requires a key. Available on: iOS and Android; free. 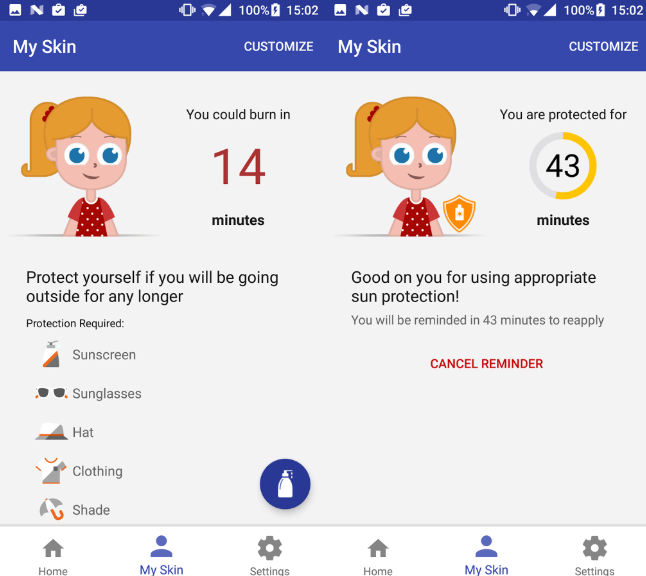 (phandroid.com)[/caption] Have fun in the sun without getting sunburnt! Prepare for a day out in the heat with access to live reports on the UV levels at your location. It recommends the best times of the day to enjoy or avoid the sun and also reminds you when to reapply your sunscreen. Cool fact: Find out how long you can spend in the sun without sunscreen by taking a personalised skin type assessment. Available on: iOS and Android; free. 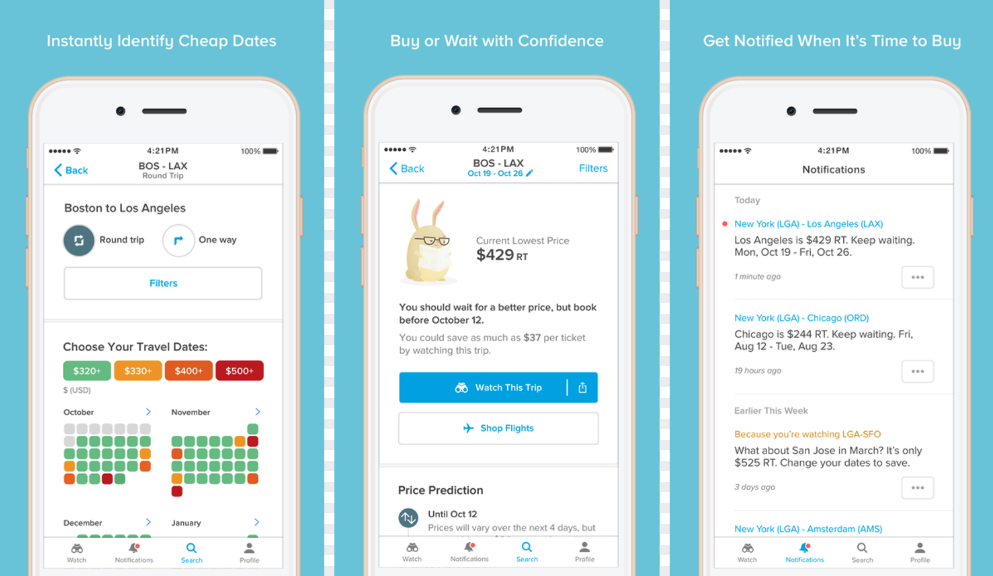 (snapmunk.com)[/caption] Like a fortune teller (sort of), it predicts the future of airfare and hotel prices! Get a notification as soon as the prices of air tickets or hotels drop to the lowest point – which is your signal to make your purchase fast. Find the cheapest travel dates using the colour-coded calendar. Cool fact: Follow the bunny’s advise to save an average of $50 per flight! Available on: iOS and Android; free. 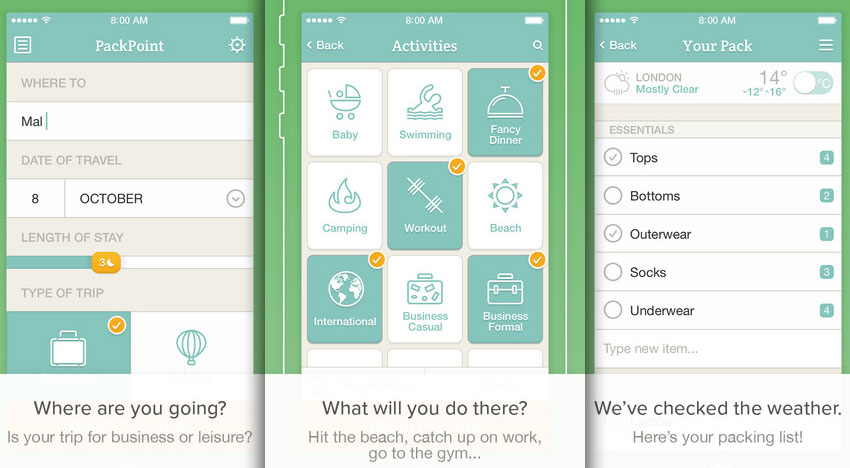 (appzapp.net)[/caption] Never forget something for your trip ever again! PackPoint tells you exactly what you need to bring based on the type of trip you’re taking – duration, location, weather, activities, etc. Basically, it’s the reminder that you need when it comes to packing your luggage. Available on: iOS and Android; free. 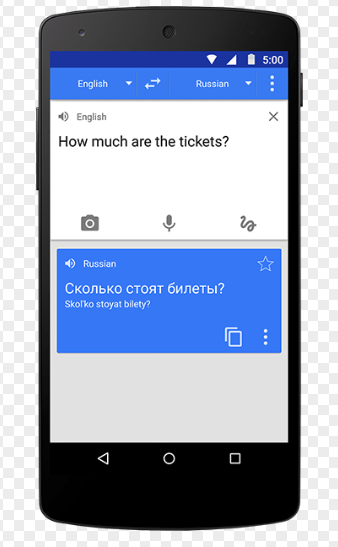 (translate.google.com)[/caption] Make your life a whole lot easier to understand in another language when you travel! Google Translate lets you translate between over 100 different languages by simply typing. Make it full screen to read easier, or to show the (unimpressed) local for help. Cool fact: Figure what’s exactly on the menu without embarrassing yourself. Translate text by taking a picture with your phone’s camera! Available on: iOS and Android; free. 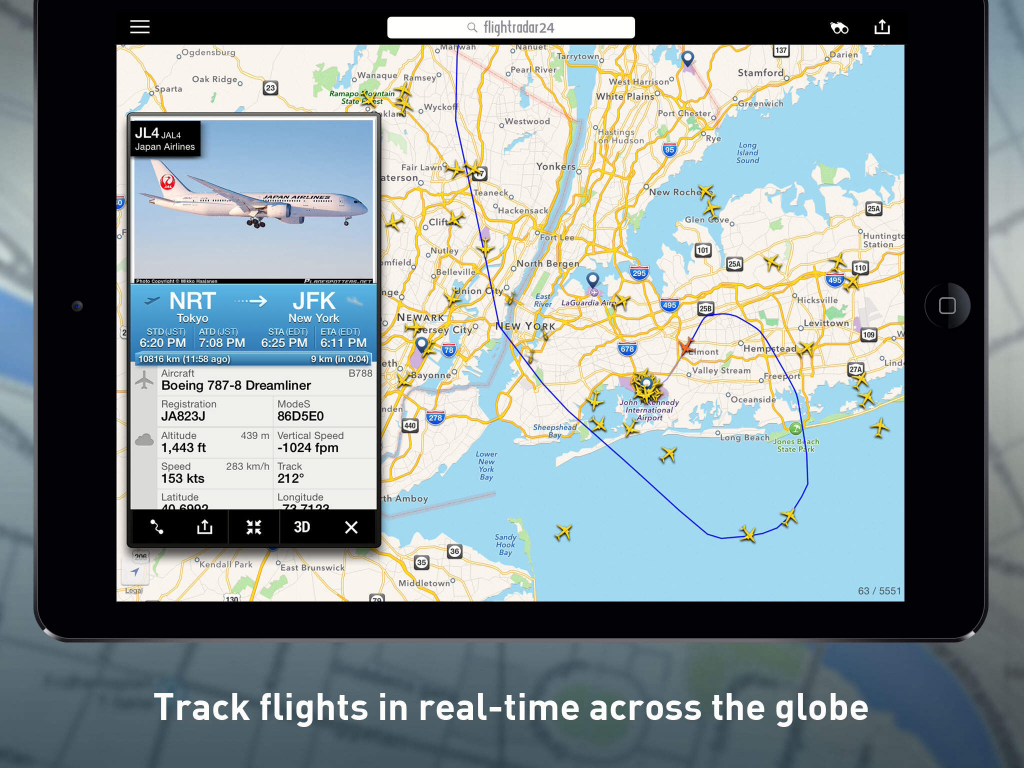 (ipadpilotnews.com)[/caption] Turn your phone into a live flight tracker and see planes around the world move on a map in REAL-TIME! Search for individual flights using flight number, or by airport or airline. Get flight details such as route, estimated time of arrival, the actual time of departure, speed and more. You even get to see what a pilot of an aircraft sees in 3D! Cool fact: You can point your phone at a plane to find out where it’s going and what kind of aircraft it is. Available on: iOS and Android; free.

You no longer have to check your phone constantly to figure out when to alight (unlike Google Maps). Navigate local transit with step-by-step directions that update in real time! Moovit tells you exactly how many stops are left until you need to get off. Furthermore, all transport options are combined together in a single app – you don’t have to download an app specifically for bus or trains. Cool fact: Download offline maps so you can use Moovit when your phone isn’t connected to the internet. Available on: iOS and Android; free. 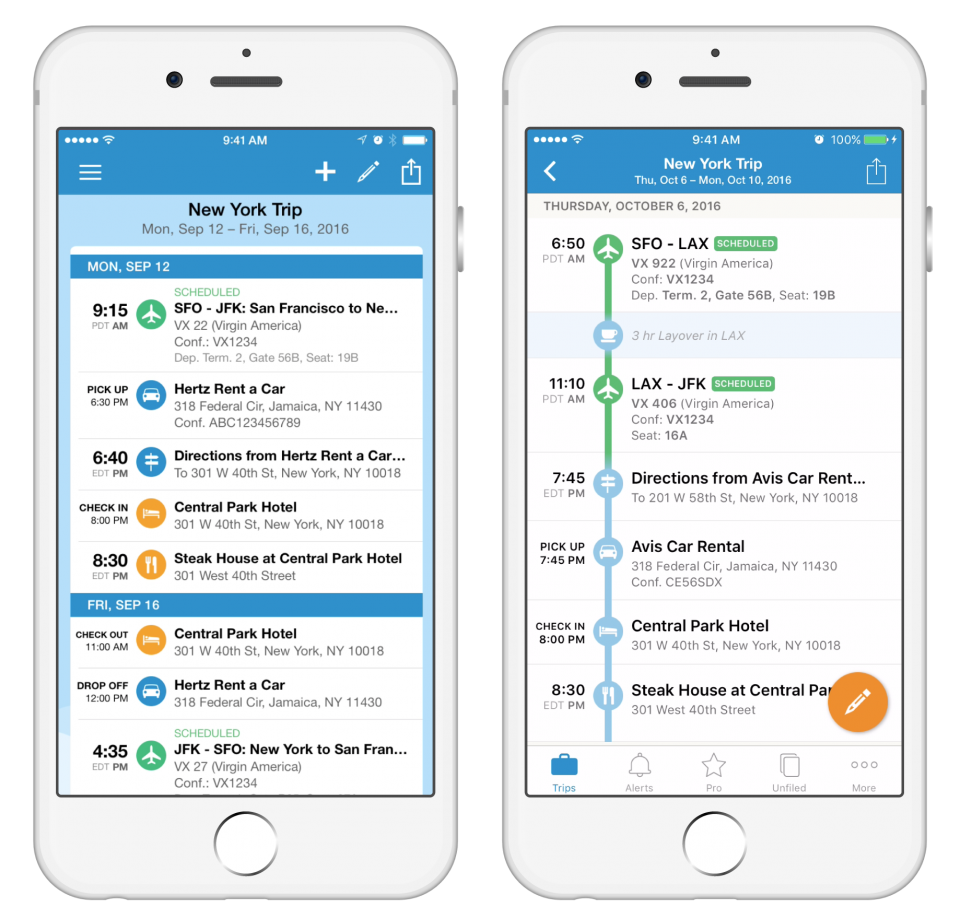 (tripit.com)[/caption] Between flight tickets, hotel booking and restaurant reservations, we know how travelling can get pretty overwhelming at times. TripIt helps to consolidate all your reservations into one detailed itinerary or schedule so you’ll never miss a flight, hotel booking or reservation again. Available on: iOS and Android; free. 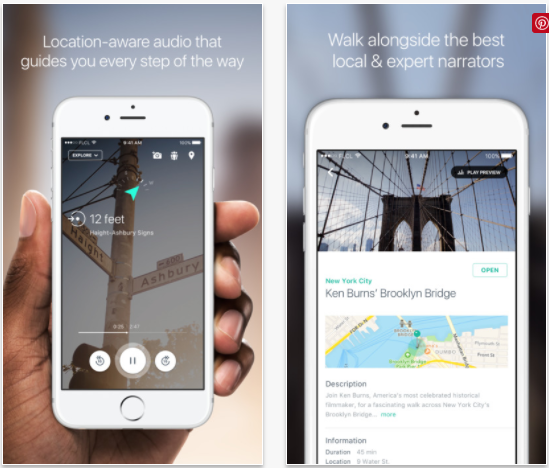 (blog.tortugabackpacks.com)[/caption] Experience the city like a local without all the small talk! Detour is the world’s first audio tour that will guide you through the most interesting places with the people that know them the best. It uses GPS to keep the narrator in sync with your location so you can listen while staring at the sights instead of your phone or board. Available on: iOS and Android; free. (cultofmac.com)[/caption] Get the route that’s perfect for your sport with Komoot! Whether you’re planning to go hiking, mountain biking or road biking, it plans down to the very last detail like surface you’ll need to overcome, difficulty, distance and elevation profile. Cool fact: Never take your eyes off the road with turn-by-turn voice navigation that doesn’t distract you from your surroundings. Navigate with ease while keeping your eyes firmly on the adventure that awaits! Available on: iOS and Android; free. (xe.com)[/caption] Get live exchange rates for all currencies! Simply enter an amount and the equivalent in all other countries will show on one screen. Think of all the money you can save when dealing with unfamiliar exchange rates?! Cool fact: No internet connection is needed to convert between currencies, but an initial download is needed when you first select a currency. Available on: iOS and Android; free. Now that you’ve got the conversion rates, check out money changers with the best exchange rates in Singapore! 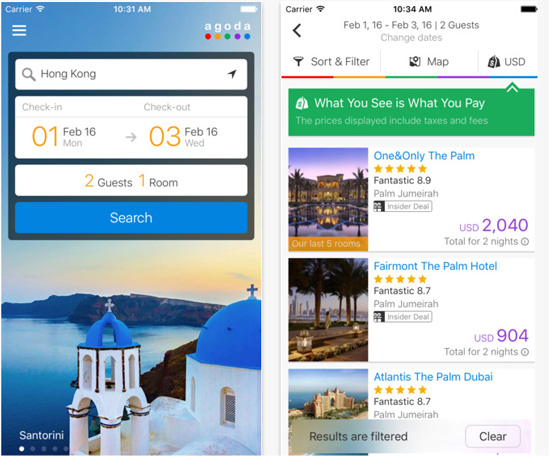 (ozcodes.com)[/caption] Find the best deals for any kind of accommodation anywhere in the world at your fingertips! Discover over 1.9m hotels, villas, BnBs and more in your own language and currency of choice. View hi-res photos of accommodations, read reviews from other travellers and also get activity suggestions around your place of choice. Available on: iOS and Android; free. Book your accommodations on Agoda from 7 May till 30 Jun and get 8 Shopee Coins for every dollar you spend. The top spender will also receive a $250 Agoda and $50 Shopee Voucher! Check our app for more details on 7 May. (Citymapper)[/caption] Real live estimated timings for your public transport and you get to compare the various mode of transports to get to your destination. It’s quick and easy to use and it is applicable to any country! (Including Singapore 😉 They even have a route suggestion if you wanna avoid the Sun! Available on: iOS and Android; free. Want to win a FREE staycation? Hurry, join our Shopee Squad Challenge now to win a 3D2N Bintan Resort Staycation worth $3,580 for you and 7 other friends! Know of other apps you’ll recommend while travelling? Let us know in the comments below and we’ll add them in. – New to Shopee? Get $7 off (min. spend $15) with code*: TRAVELAPPS * TNC Applies. Valid for new users from 10 to 17 June only.]]>
Facebook Comments 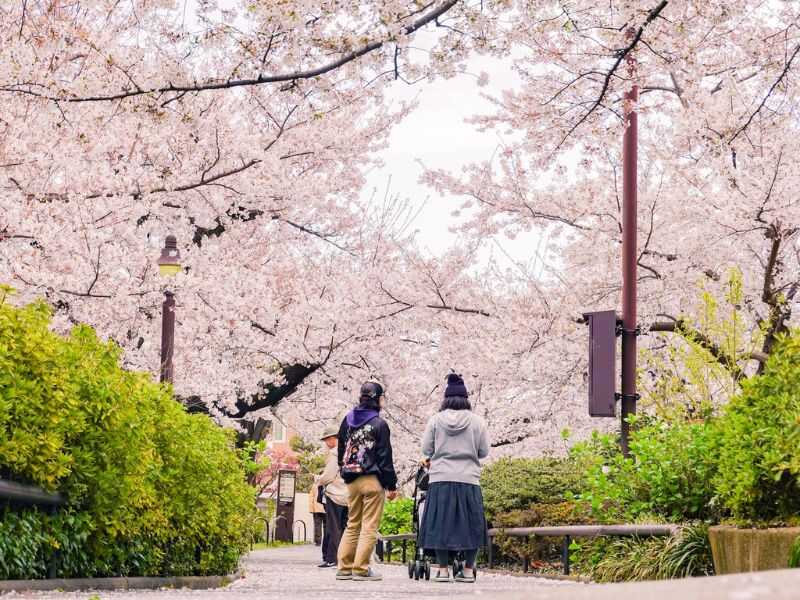 Endless Fun Awaits At These 15 Exciting Theme Parks In Japan