They say “The way to a man’s heart is through his stomach” and Shopee wants to make this saying comes true by sharing lots of love for Shopee Team through foods and beverages. From sweet chocolate chip cookies that can bring the bitter taste of life to a halt, a luxurious buffet for lunch, to refreshing drinks to close the day. It all makes working on a Sunday feels like a serendipitous moment! Shopee Team used this opportunity to create happy memory with fellow Shopee Team. After all the hard work that Shopee Team had done to make 11.11 Big Sale Campaign a success in the past couple of weeks, finally the day we have been waiting for has come! Here are some highlights from our very joyous 11.11. Big Sale Day: [caption id="attachment_21810" align="alignnone" width="7006"] 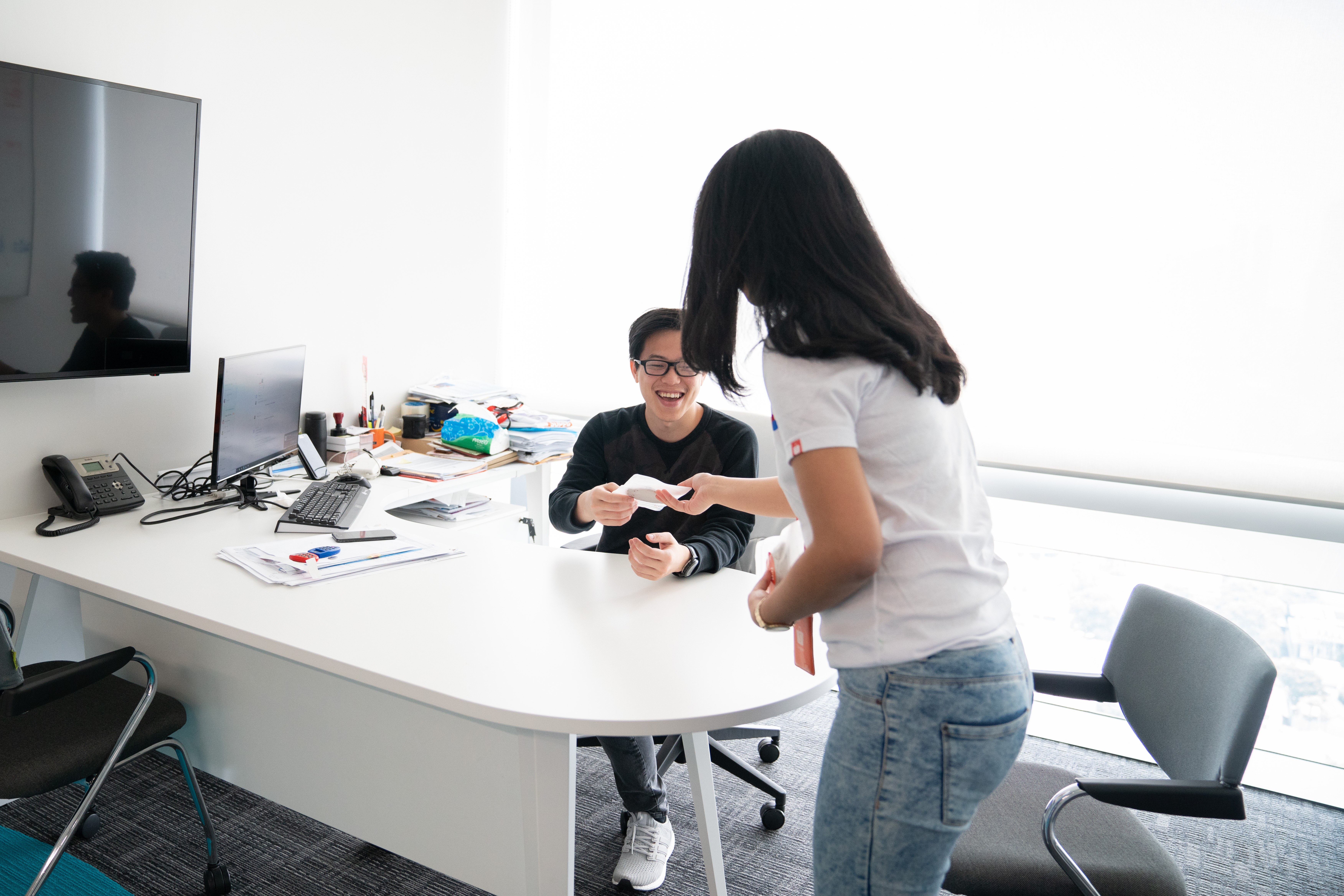 Feels like Christmas came early this year: If you think that coming early to work on Sunday morning sounds like a horrendous nightmare, think again! Our cookie fairies have been working hard to bring happiness to Shopee Team with their chocolate chip cookie, I mean who can resist a good cookie, right? Look at that smiling face![/caption] [caption id="attachment_21648" align="aligncenter" width="3526"] 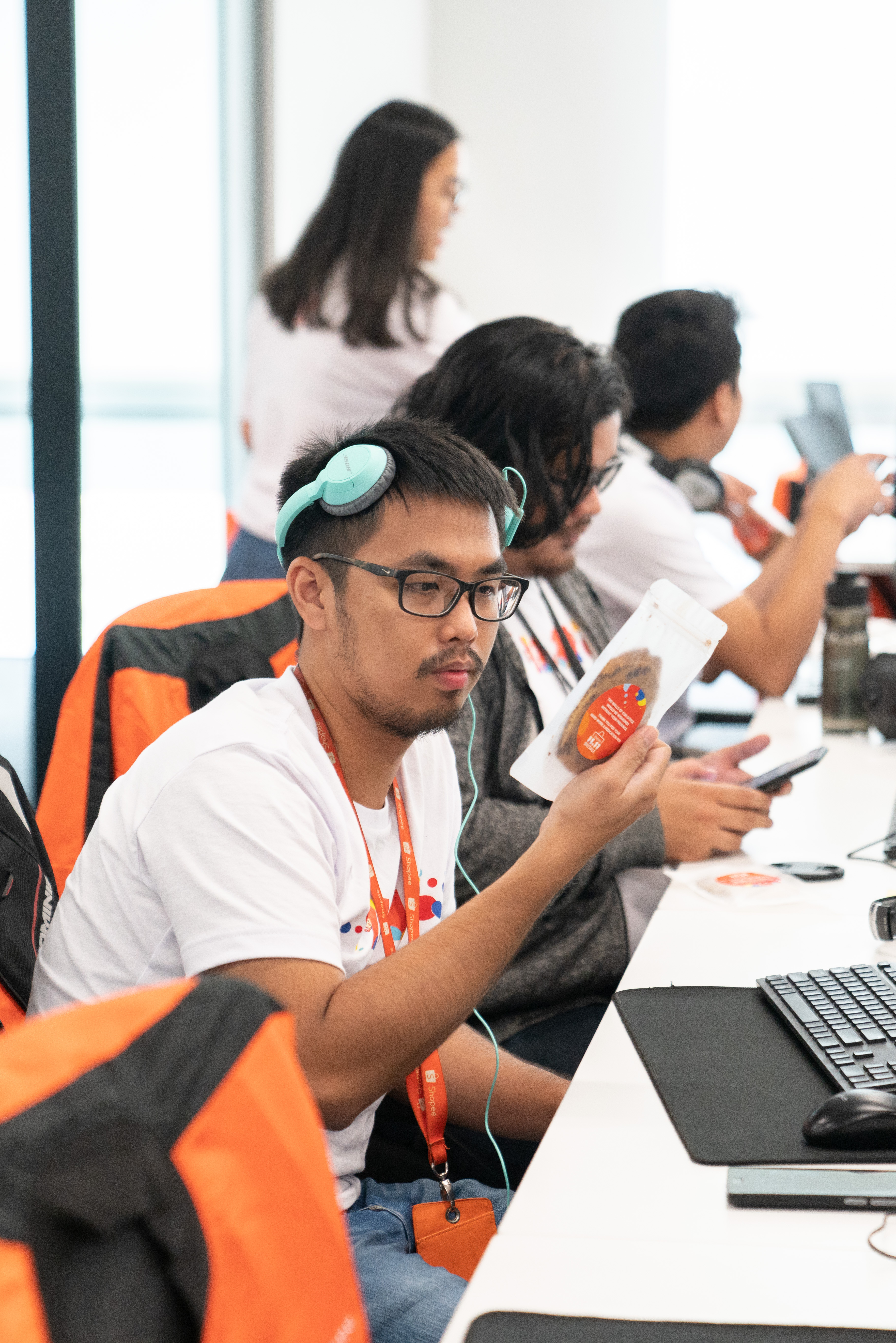 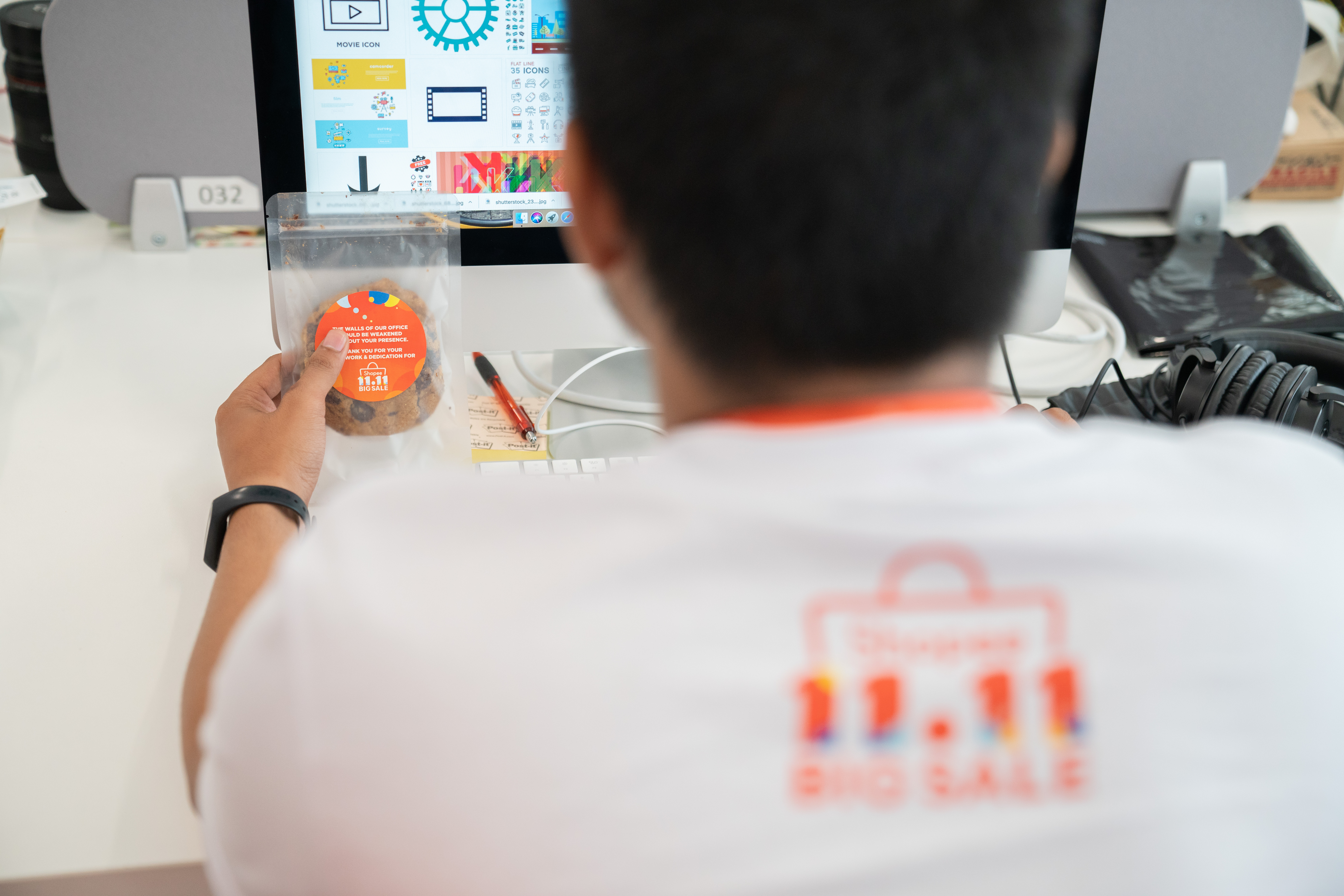 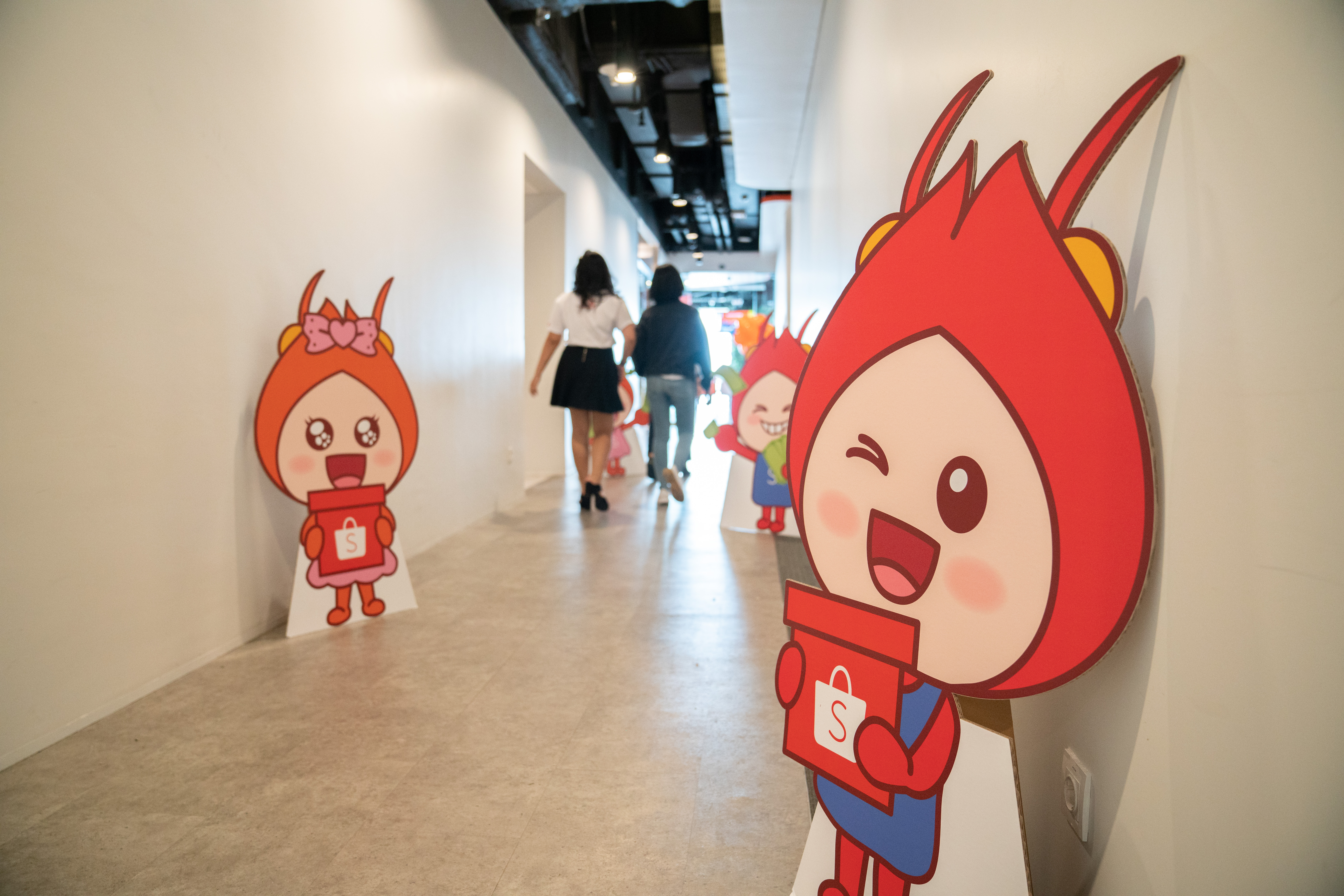 Make it rain: On the way to the pantry, you will be greeted by Shebi and Hebi with a present and money on their hands[/caption] [caption id="attachment_21658" align="alignnone" width="7433"] 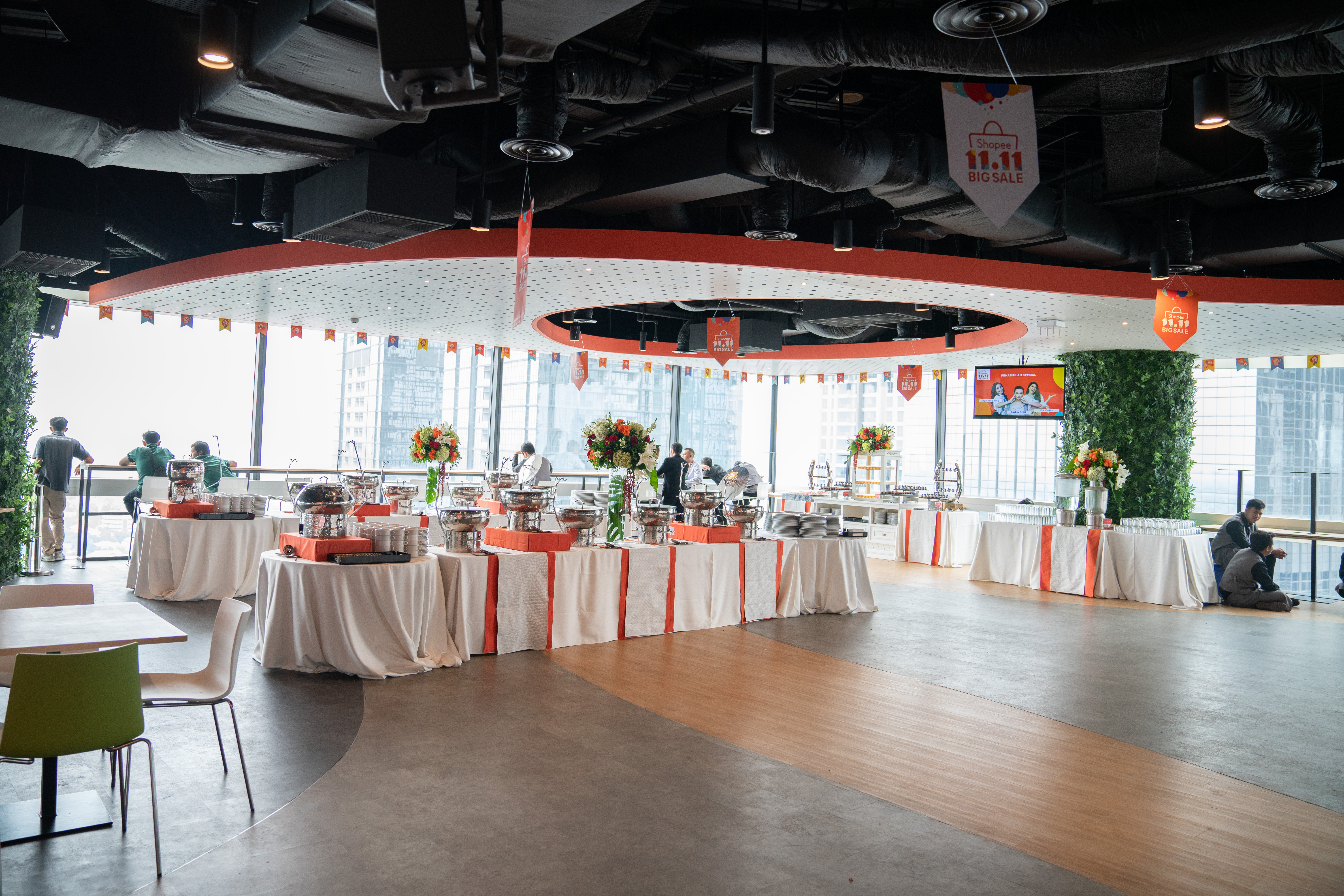 Do you believe in magic? Our pantry just bibbidi-bobbidi-boo transformed into a luxurious hotel-like buffet[/caption] [caption id="attachment_21811" align="alignnone" width="6876"] 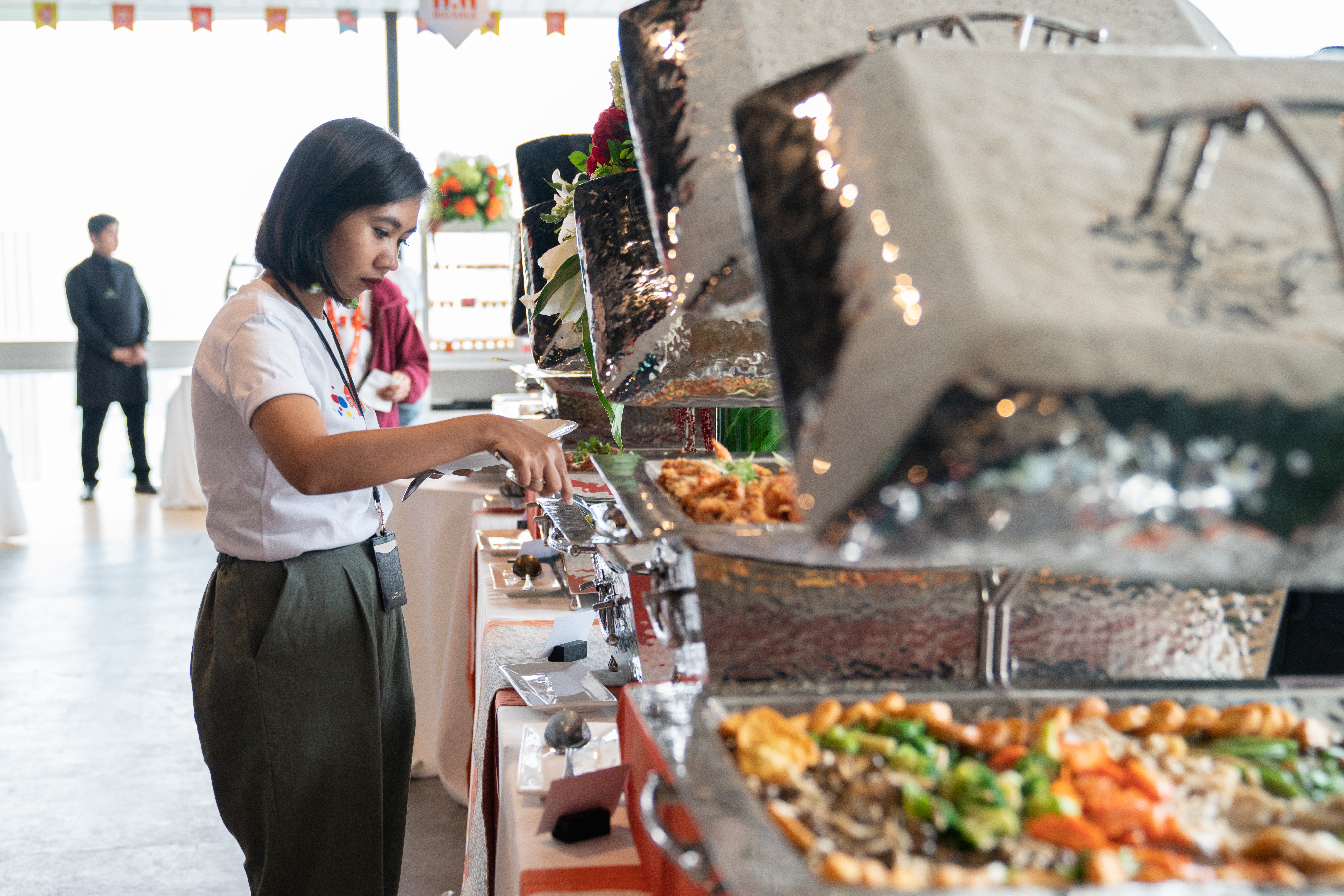 Eat to your heart’s content!: Want something to munch? We give you more than just a lunch! Shopee provided a buffet as a gratitude for Shopee Team’s hard work[/caption] [caption id="attachment_21663" align="alignnone" width="7361"] 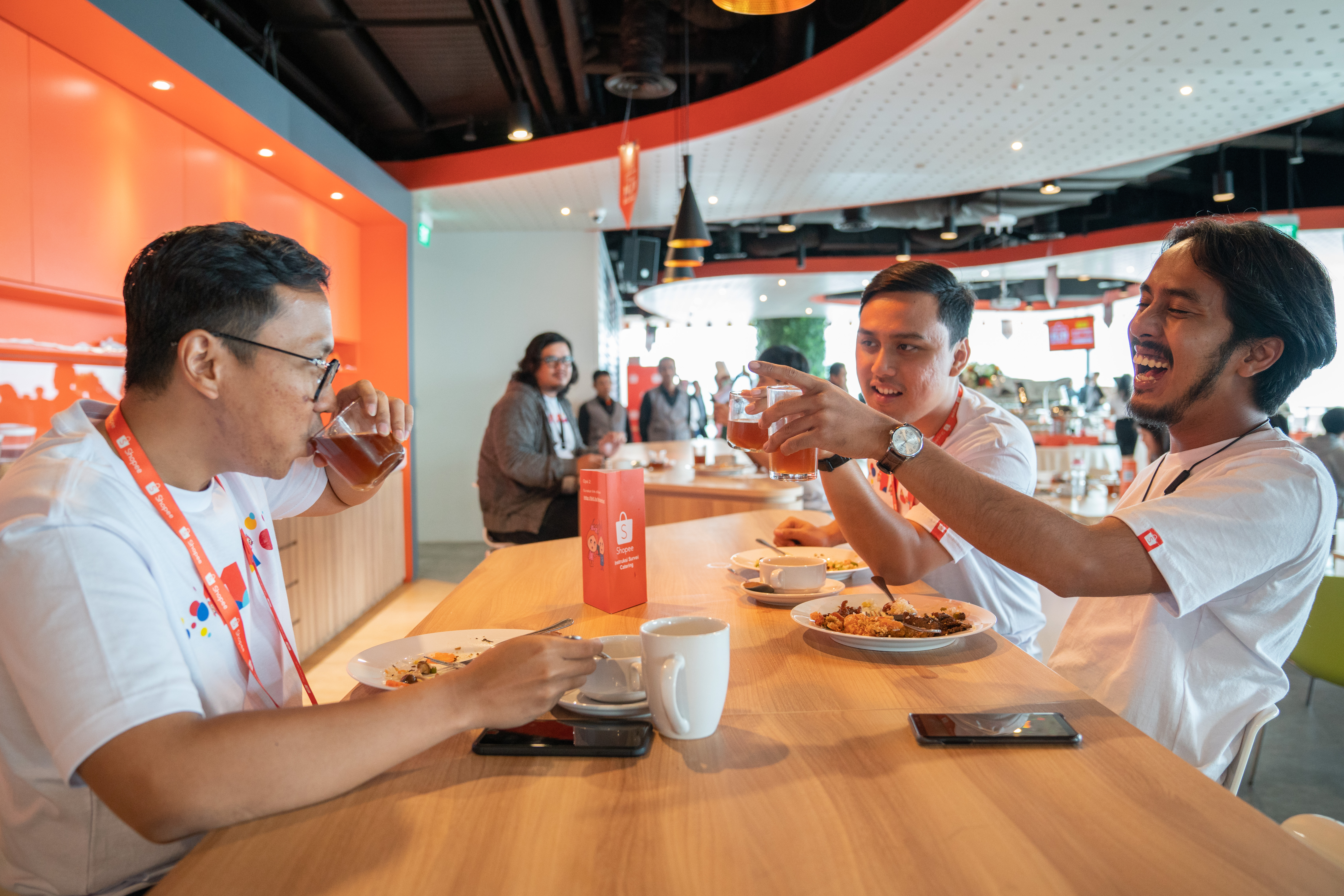 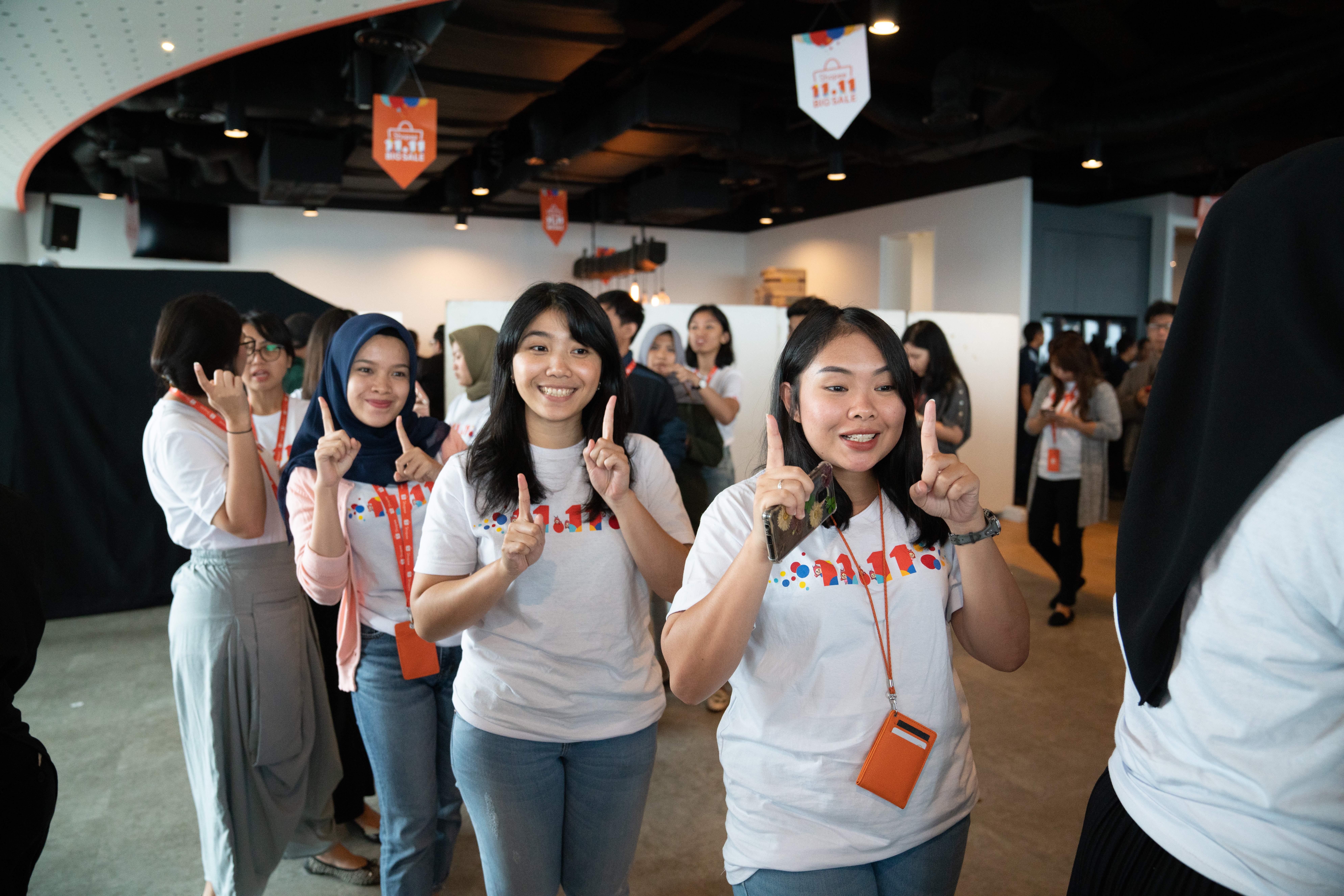 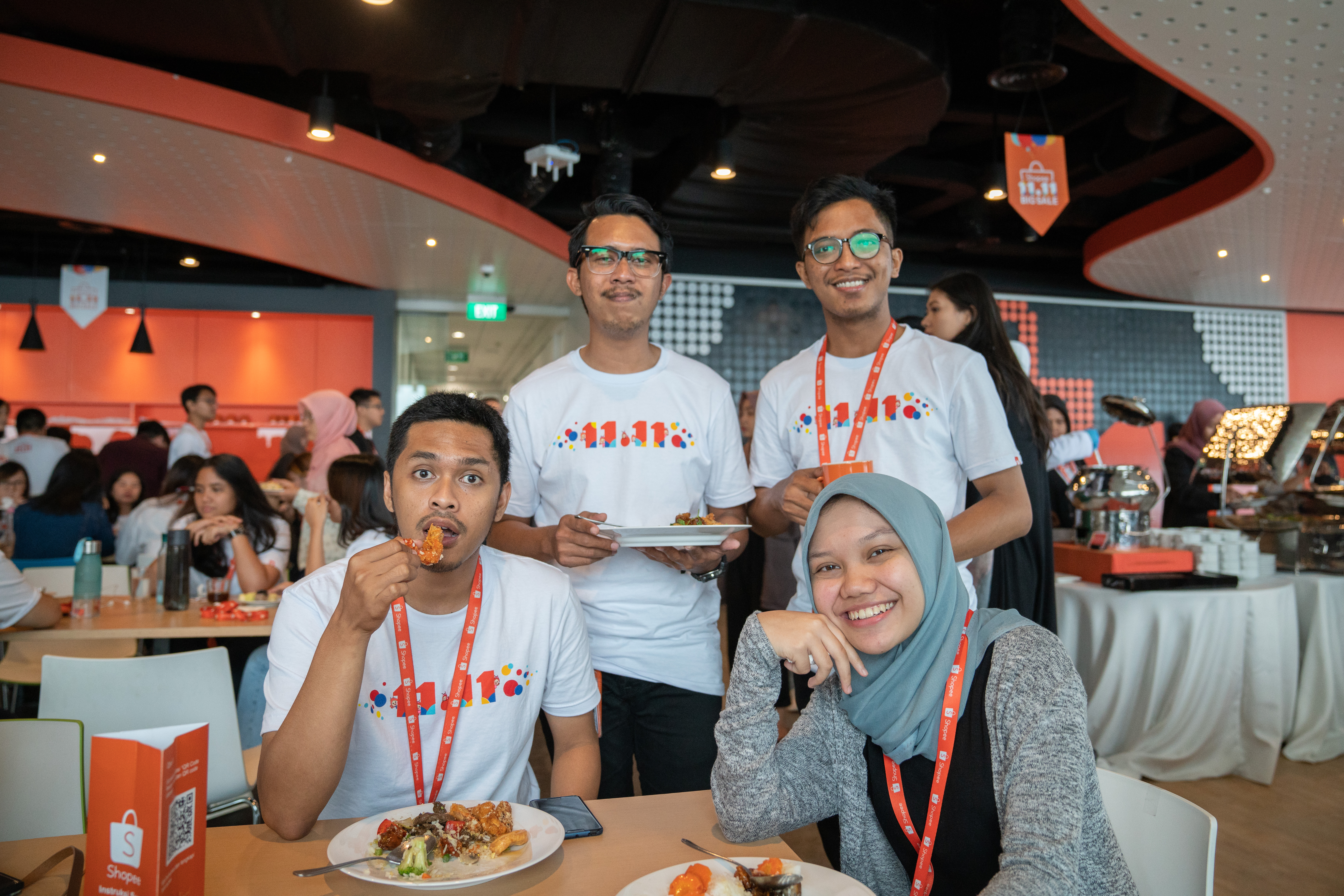 “Thank you Shopee,” they cheered with a face full of smile and plate full of foods[/caption] [caption id="attachment_21665" align="alignnone" width="7085"] 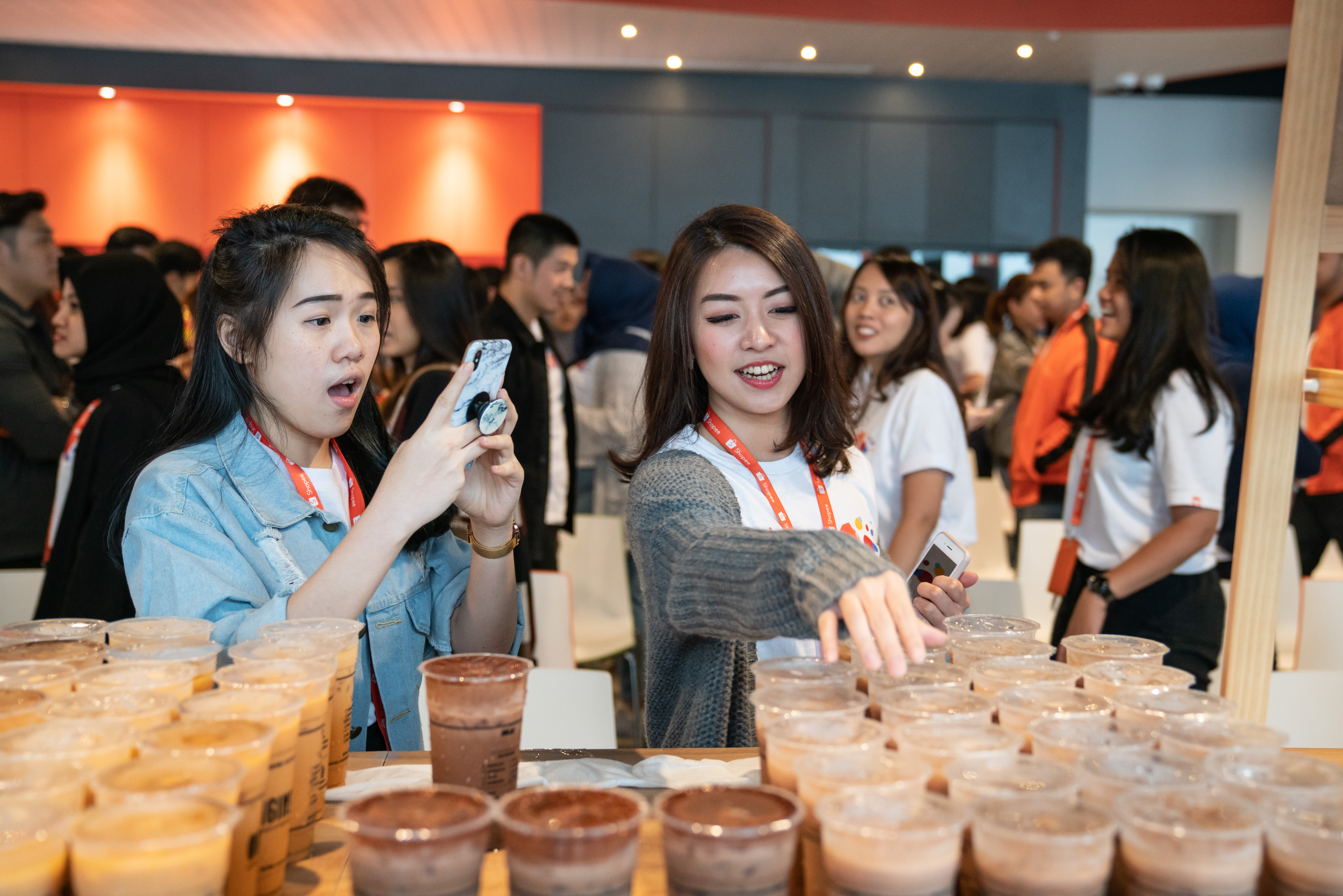 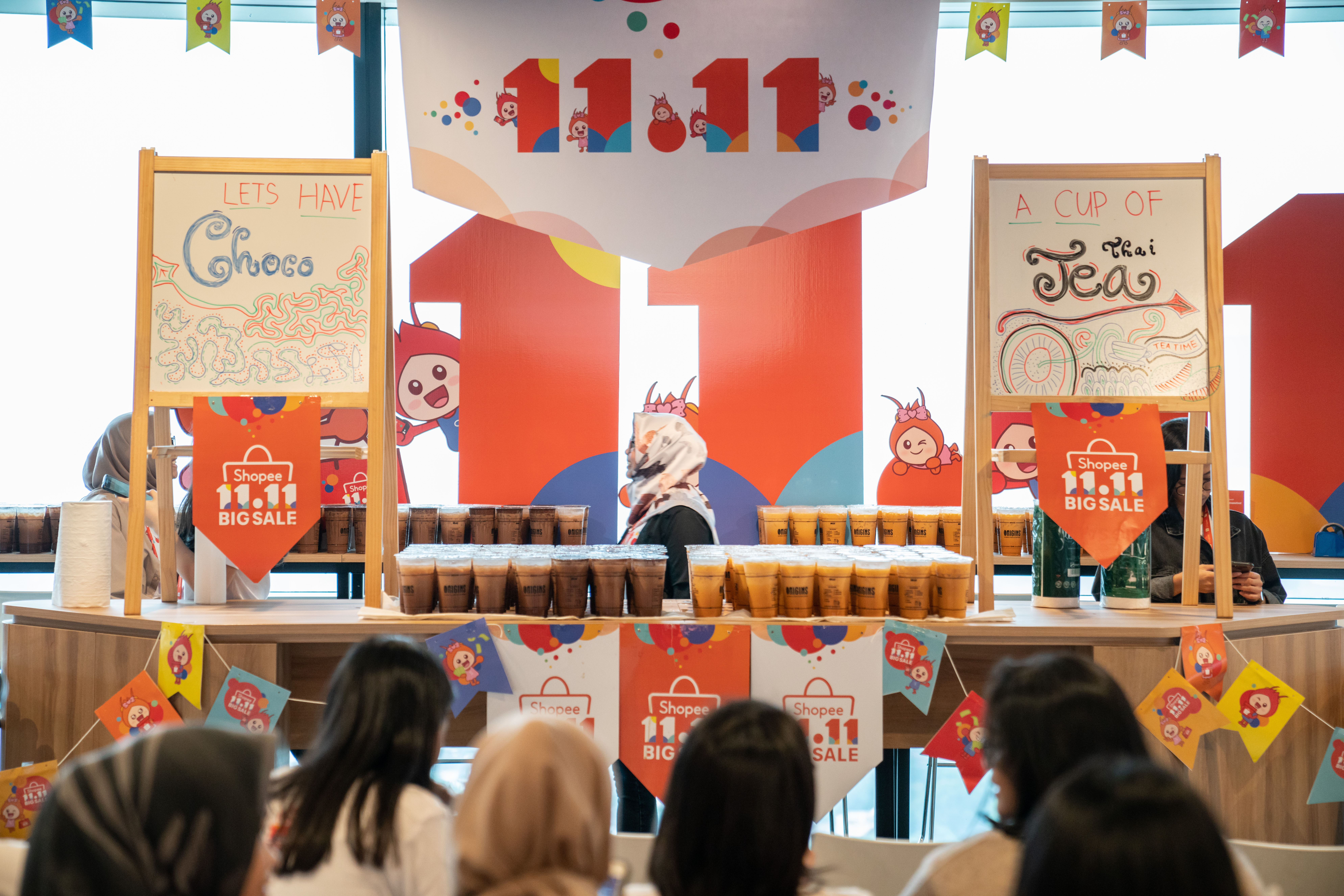 And….. It’s a wrap! Who doesn’t hanker for a tall glass of thai tea and iced chocolate to end this big day?[/caption]

We can’t thank all the team enough for all the hard work, perseverance and great efforts in taking Shopee 11.11 Big Sale event to great heights of success. If you’re eager to join and see the fun, go apply here!]]>
Facebook Comments

#ShopeeInsider: Vietnam with a Poker Player, Pole-Dancer and Pro Pianist