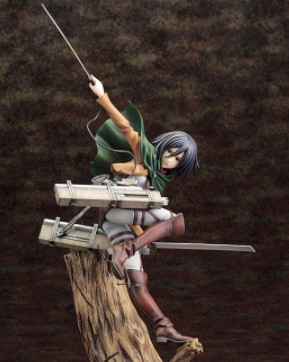 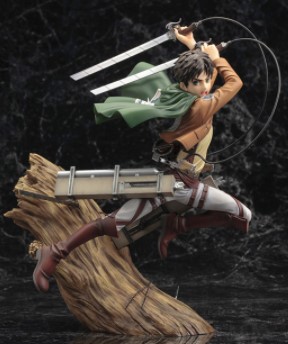 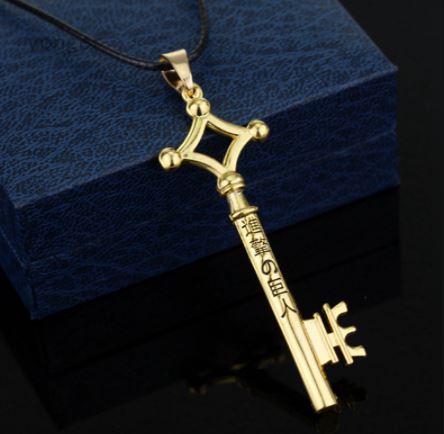 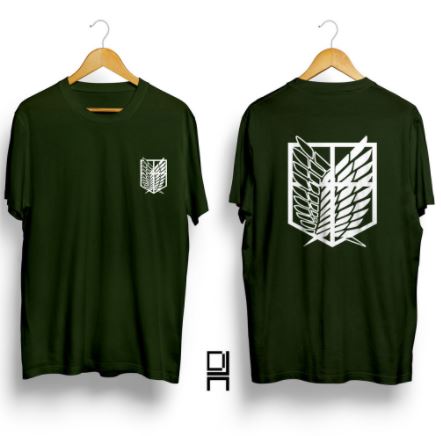 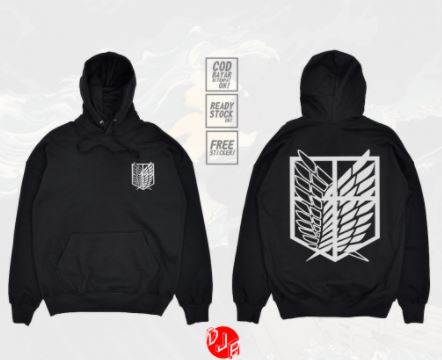 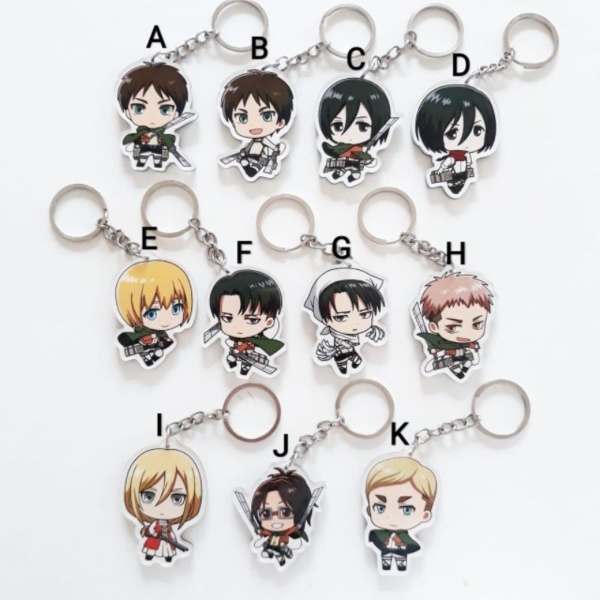 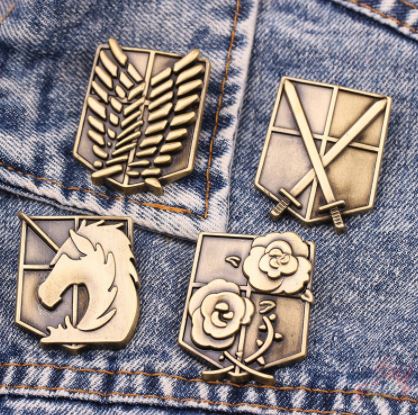 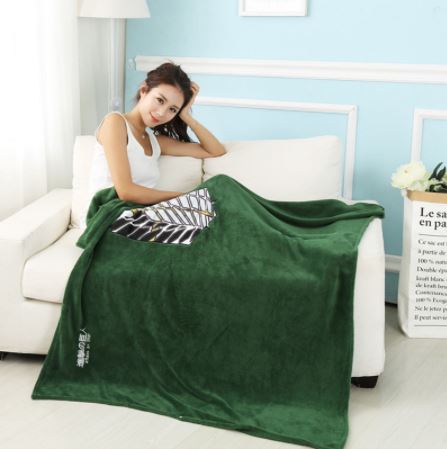 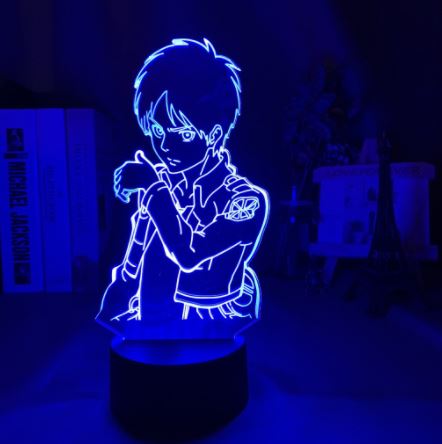 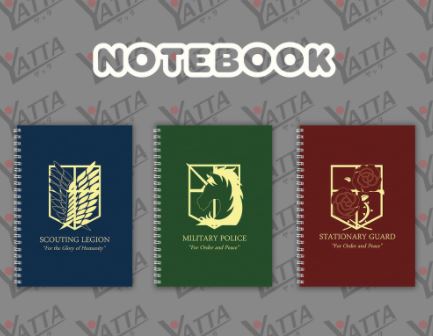 Can’t get enough of seeing fan-favourite character Levi Ackerman in action? If you’re willing to splash the cash, then his ARTFX J Attack On Titan figure (available on Hakken! Online Official Store) will stand out on your desk. At 28cm tall, this official Attack On Titan merchandise is specially imported from Japan and crafted by veteran model kit manufacturer Kotobukiya. As such, Levi’s figure is detailed with intricacies like the unique way he wields his blades and his signature white scarf. We also adored how the figure comes to life as Levi acrobatically maneuvers over the tree and prepares to decimate his enemies!

Psst if you’re an Eren or Mikasa fan, we have you covered with these equally detailed ARTFX J Mikasa and ARTFX J Eren figures (both available on Hakken! Online Official Store) that’ll be nice additions to your AOT merch collection.

While there are plenty of Attack On Titan necklaces available, our favourite is Eren’s basement key (available on yonger). Out of all the happenings in Attack On Titan, none was more iconic than the basement scene that flipped the script and answered viewers’ questions about the broader universe! That’s why there’s no better way to celebrate this reveal than with Eren’s famous key. While you might not be revealing any truths with this necklace, it’s certainly an Attack On Titan merchandise piece worth owning to commemorate the iconic moment.

There’s no simpler way to showcase being an AOT fan than with this Scouts Logo Graphic T-Shirt (available on DJA Cloth). This Attack On Titan merchandise proudly features the Survey Corps logo and is made of a comfortable cotton material so you won’t work up a sweat. Not bad for a graphic tee that’s available at such an affordable price! More of a pullover kind of fan? Check out AOT merch like this Attack On Titan fleece hoodies (available on DJA Cloth) instead!

If you’re thinking of cosplaying as your favourite soldiers with Attack On Titan merchandise, you can easily amp up the style with these signature Attack On Titan military jackets (available on Wallmart88.sg) that were worn by the cast! With this comfortable polyester jacket, you too can feel like a scout exploring outside the walls. This is thanks to its array of colours and Survey Corps Wings Of Freedom insignia emblazoned on the back.

On the lookout for Attack On Titan merchandise that showcases the more light-hearted side of the series? Take a break from the doom and titan slaying of the series with these adorable Attack On Titan character keychains (available on allsticker.sg). From Mikasa to Erwin, you’ll find all your favourite characters here in miniature, chibi form!

Keep a little piece of Attack On Titan merchandise with you at all times with these Corps Emblem Enamel Pins (available on fasion_accessories001.sg)! It’s not all about the Survey Corps as these 4cm wide zinc alloy pins let you represent the Military Police, Garrison and Trainee Squads too. While they might not be the most flashy of AOT merch, they’re certainly a minimalist way for fans to show some love for the manga series.

Thinking of rewatching the earlier episodes? Get yourself comfy with this green Attack On Titan Blanket Shawl (available on fudexins1.sg) that features the series’ famous scouts logo. With lengths reaching up to 1.2m, you’ll certainly be able to find one to bundle up in during your binge sessions! Additionally, the blanket comes with a built-in hood and button so you can easily convert it to a wearable cape.

Give your room that extra bit of mood lighting with this array of Attack On Titan Acrylic Table Lamps (available on Eve Love Life Store)! With multiple unique designs, you’ll definitely be spoilt for choice. Unlike your regular table lamps, these Attack On Titan merchandise lamps consume low power and utilise soft LED lighting! This ultimately makes them perfect as night lamps for giving your room a different glow as you can choose from the various character designs.

Prefer more practical AOT merch? Whether you’re attending classes or studying for an upcoming exam, you can still support the various military branches with these Attack On Titan Notebooks (available on chikaryzmalia.sg)! Available in A5, A6 and B5 sizes, these vibrantly coloured paperback notebooks feature their respective logos and slogans along with 50 sheets of paper for you to write on.

Dedicating your heart with these Attack On Titan merchandise

From detailed figures to minimalist enamel pins, we have you covered with the best Attack On Titan merchandise in Singapore. Keen on exploring other kinds of listings related to anime and manga? Browse through our collection of anime and manga figures so you’re caught up with the latest for your favourite series. Taking a break from anime and manga? Check out these exclusive Disney Plus shows! Also, if you want to get the best streaming experience, we recommend using these best Android TV boxes.

37 Awesome Secret Santa Gifts Under $30 For Your Colleagues

21 Binge-Worthy Anime Your Otaku Friends Will Approve Of

37 Awesome Secret Santa Gifts Under $30 For Your Colleagues

13 Best School Bags With Back Support For Your Kids

21 Binge-Worthy Anime Your Otaku Friends Will Approve Of

7 Easy Baby Food Recipes For Babies Four Months And Above