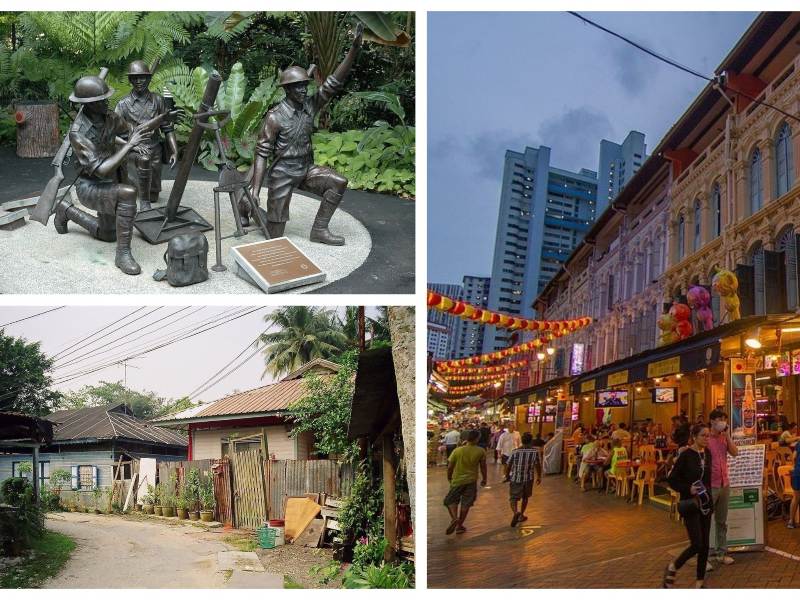 Singapore has come a long way since gaining independence from British rule. Now at a half-century old, the city-state is booming with economic developments and a vision set for the future. But within all the hustle and bustle of Singaporean life, traces of the nation’s past are slowly drifting behind the shadows of its tall business districts. Thankfully, there are several places to visit in Singapore that pay tribute to the tiny red dot’s history.

So if you’re looking for a dose of nostalgia or just want to know more about Singapore’s past, grab yourself a good camera and head to these popular places in Singapore for a quick trip down memory lane.

Also known as the ‘last kampong in Singapore’, Kampong Lorong Buangkok is located around the heartland of Hougang. Since its establishment in 1956, the kampong has survived generations of dwellers with its current ones determined to preserve this way of life. It’s a place to visit in Singapore that provides you a glimpse of life before the modern era – the one your parents often reminisce about.

A stroll through the kampong is bound to arouse curiosity among millennials who have never lived in one, let alone seen one. There are various homes featuring old architectural styles. Makeshift house components like doors and fences are abundant. But one thing that truly stands out in the kampong is the throwback to simpler times. A time when living spaces and nature became one. An unusual feeling for urban dwellers of modern HDB estates.

How to get there: Take bus 329 to Buangkok Crescent followed by a short walk into Lorong Buangkok. Alternatively, you can get there by car. But a word of caution, the roads within the kampong are narrow. So it’s best to park your car somewhere outside before heading in.

The Peranakan themed hotel pays tribute to one of the longest inhabitant cultures of Singapore. Rooms are decorated with ornaments and furniture that were once common in Peranakan homes. The hotel is even located around sites filled with Peranakan history. If you want to taste Peranakan pastries or buy some souvenirs, you can visit the Kim Choo Kueh Chang. You can even admire and take pictures of some of the pre-war shophouses of Koon Seng Road. If you are looking for a nostalgic staycation that even your parents can enjoy, then Hotel Indigo should be one of the places to visit in Singapore.

Chinatown has heritage that goes back beyond the pre-war times. It was where the first Chinese immigrants settled down and engaged in commerce. You can catch a brief history of the place at the Chinatown Heritage Centre or visit the various temples such as the Thian Hock Keng Temple and the Sri Mariamman Temple.

Love tea? Then visit the Tea Chapter. It brings you through the history of traditional Chinese teas and the local Chinese culture. There is even the Singapore coin and notes museum for the added dose of history. You can see the changes in Singapore’s paper and coin currency since its founding to the modern day.

Or if you are there simply for the souvenirs, the Chinatown street market will suffice. The street market is a popular place to visit in Singapore and is always booming with activity from sellers and tourists. It even has some good photo opportunities too!

How to get there: Travel to Chinatown MRT either by North-East line (Purple Line) or Downtown line (Blue Line)

The museum is dedicated to the Battle of Pasir Panjang where a Malay regiment fought off the Japanese forces during World War 2. You can view the various paraphernalia from the battle or hear some of the historical accounts of the events. You can also take the heritage trail located around the museum. It will bring you through various World War 2 artifacts such as the former British artillery batteries located around Kent Ridge Park.

How to get there: Take a train to Pasir Panjang MRT by Circle line (Yellow Line) and walk up Pepys Road nearby. The museum is located at the end of the road.

The national gallery was once the supreme court of Singapore before it was refurbished into an art gallery. It is now home to some of South East Asia’s most valuable art pieces. Thankfully, most of the original architecture is still visible. The old courtrooms where popular criminal trials were once held are now part of the art gallery. You can observe the judge’s chair and criminal holding areas as you view the artwork.

The national gallery is also located next to the Padang where Singapore held its first national day parade. You can stand on the grand steps outside the building for a good view of the city. It is also another place to visit in Singapore for a good photo opportunity.

How to get there: Take a train to City Hall MRT by the North-South line (Red Line) or East-West line (Green Line). The gallery is a 5 minute walk away from the station.

Another art gallery with a long history, the gillman barracks were built by the British in 1936. Since then, it has been inhabited by various groups including the Singapore Armed Forces. If your dad was ever in the Army Combat Engineers or Transport Corp in the 70s, there’s a chance that he may have served his national service at the barracks. Aside from the modernist artworks, you can also appreciate the colonial architecture that were once common in Singapore under British occupation.

Once a powerhouse in the Asian cinema industry, Cathay produced some of the best Asian films before moving on to build modern cinemas. Its legacy can now be found at the Cathay Gallery located in The Cathay building near Dhoby Ghaut MRT station. The gallery is THE place to visit in Singapore if you are a photography enthusiast. From old camera models to cinema seats from the 70s, the gallery offers everything you need to know about the Asian cinema industry prior to the millennium.

It’s easy to forget the history of Clarke Quay with the nightlife and fancy eateries along the river. But if you look beyond all the glitz and glamour, you would realise how significant this location is to Singapore’s past. Clarke Quay is host to several historical landmarks like the Cavenagh Bridge and Sir Stamford Raffles’s landing site. Even the Fullerton Hotel nearby is a piece of history on its own.

Clarke Quay is also one of the more popular places to visit in Singapore for a date. Singaporean couples of all generations often come down to the quay to reminisce about their sweet beginnings. There’s something about the river that makes you feel a little nostalgic.

How to get there: Take a train to Clarke Quay MRT on the North-East line (Purple Line). Alternatively, you can take a train to Raffles Place MRT either by East-West line (Green Line) or North-South line (Red Line) if you prefer beginning your journey from The Fullerton Hotel.

Changi Village is a place to visit in Singapore If you like good food to go with your nostalgia. The village is host to several hawker centres that serve great local food. Aside from the chow, Changi Village is one of the few places left in Singapore that hasn’t been completely transformed by urbanisation. You can easily find old 3-storey flats with a ride through the neighborhood. There is even a good number of old colonial houses within the area. Changi village is also where the infamous old Changi General Hospital is located.

Beyond the buildings and eateries lies the Changi Beach Park which features a jetty where fishermen and ferry operators provide rides to Pulau Ubin. Army guys might even remember Changi Village as the path to the Tekong Ferry Terminal where they began their 2-year journey to serving the nation.

Are you an urban adventurer looking for more places to visit in Singapore? Then check out The 15 Most Haunted Places In Singapore! Not recommended for the faint hearted. You can also get quality backpacks and gadgets from Shopee Singapore to aid you on your urban adventure. Start your exploring today! 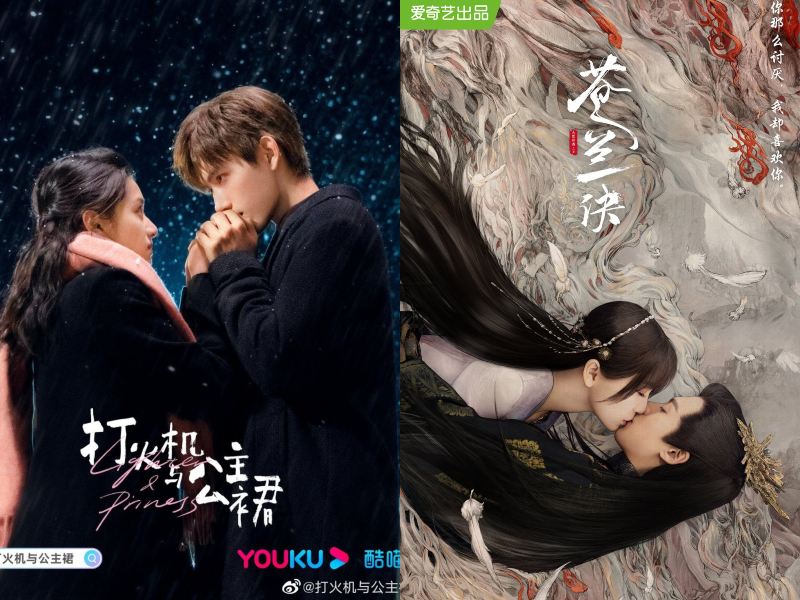 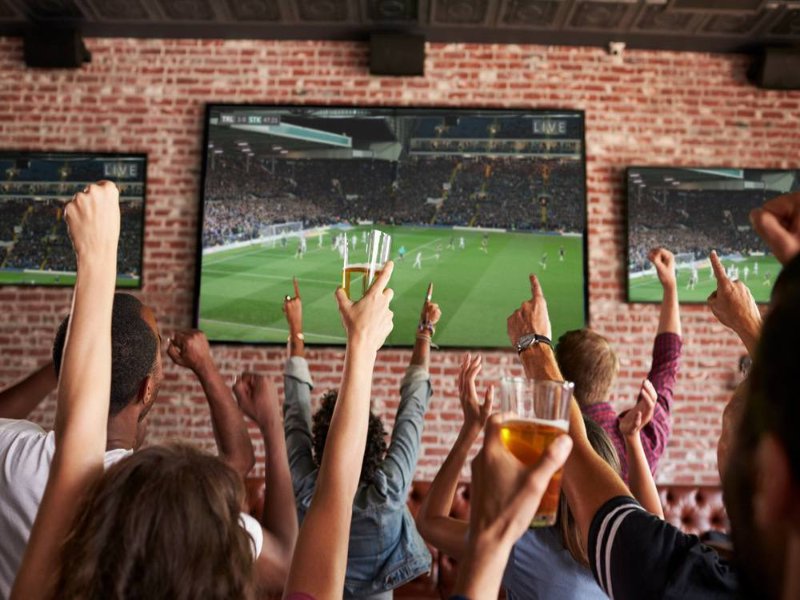