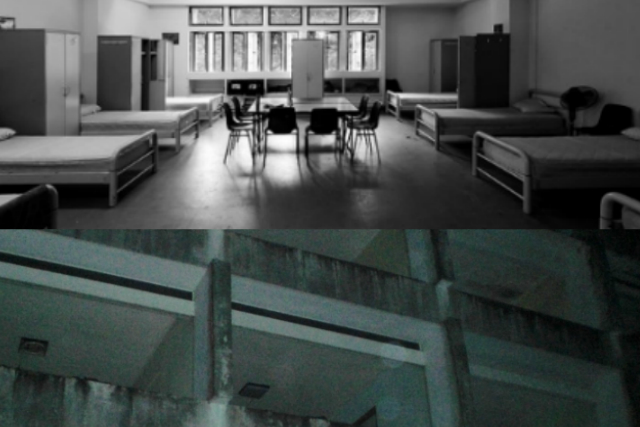 Army stories are a popular lunchtime topic for many Singaporeans, especially if half your lunch group are made up of men who recently ORD. But, have you heard of these 9 scary stories about the Singapore army?   WARNING: Shopee is not liable for any loss of sleep after reading this article. 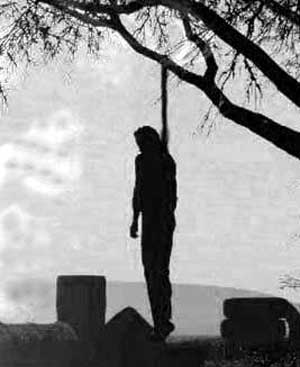 (Swanbourne’s History)[/caption] Have you ever wondered why the army never mandates training on Thursdays? Well, we’re telling you the reason why now. Rumour has it that many years ago, a platoon of soldiers was having their regular training and marching through the forest. When they were doing a headcount, they realised that one recruit was mysteriously missing. Obviously, a search party was dispatched immediately and the missing recruit was found, but not in one piece. His field pack items were neatly displayed on the ground and his body hung on a tree, but that’s not it. His internal organs were neatly displayed beside the tree, in a typical army “stand-by-bed” manner.   Legend has it that after this incident, the dead soldier’s spirit became extremely angry and bitter towards his fellow recruits for not looking out for him. He makes regular appearances in their bunk, scratching cupboards and walls, and his bunkmates complained of mysterious headaches. After multiple complaints, the higher-ups had no choice but to engage a Taoist priest to help get rid of the spirit. The priest proposed building a third door in the bunk to make the spirit leave. If you’re a new recruit, look out for this bunk while you’re on your way to field camp or on the way to Rocky Hill Camp!

2. The girl at the ammunition room

(giphy.com)[/caption] If you’re going to be serving in the army soon, you will want to avoid getting the ammunition room guard duty no matter what. There are various stories and accounts of a girl sitting on top of the ammunition room shed, staring and guarding whoever that is on duty at the guardhouse. There is even one account of a recruit who is able to see ghosts and one day, his buddy got him to confirm if the girl was still there. This recruit shook his head and told his buddy that she isn’t there. Because, the little girl was right beside him.

3. The grandma and her granddaughter

(giphy.com)[/caption] Maybe it’s because the army is filled with boys and men, female ghosts seem to thrive in this place. Here’s another story of a grandma and her granddaughter who always roam the bunks at night, counting the number of sleeping recruits. The little girl always counts slowly, and her voice will become increasingly loud as she nears your bed. Word of caution though – whatever you do, do not open your eyes even if you feel a shadow over you. Because, have you heard the saying – curiosity killed the cat?

4. The grandma and her grandson

(tenor)[/caption] We don’t know if this is the same grandma, but in any case, this grandma also brings her grandson out to gai-gai on some nights too. The little boy is known to be bouncing his basketball every night, looking for a kor-kor that will be willing to play with him. Like #3, do not ever open your eyes when you hear the thumping sound of the basketball or even when it stops. Because when it stops, it might just mean that this little boy has finally found his chosen kor-kor.

(giphy.com)[/caption] This is one story that no matter how many times you’ve heard it, you’ll probably still get the chills. It always starts with a recruit being woken up by his buddy, who wanted to go to the restroom in the wee hours of the night. This recruit begrudgingly drags himself out of bed to accompany his buddy, who then enters one of the cubicles to presumably, take a dump. Ten minutes, twenty minutes, thirty minutes pass, and the buddy is still not out. The recruit gets irritated and slams on the door, which opens up to reveal an empty cubicle. It was only then did the recruit realise… his buddy was on MC that particular day.

6. The one that watches you as you sleep

(giphy.com)[/caption] We’ve all heard of Edward Cullen – the vampire that watches people as they sleep. But did you know that in the Singapore army, there is something eerily similar? If you ever see an empty bunk bed when you’re at Tekong, try your best to avoid it simply because it is empty for a reason in this land-scarce Singapore. There have been countless recounts of seeing a long-haired lady with red long fingernails sitting on the bed, staring at recruits as they rest at night. Warning: If you do find yourself allocated to a bunk next to an empty one, good luck!

(Anne Witton)[/caption] This story originated from the Nee Soon Camp, back in 1998. And it starts off with a recruit waking up in the middle of the night to use the restroom. While he was standing at the urinals, he suddenly realised that all the taps and showers were running. You might scoff and think, maybe someone forgot to turn off the tap. But, here comes the scary part – these taps are push taps. Needless to say, this recruit freaked the hell out, finished his pee and ran back to the safety of his bunk. It was only after that he learnt that a recruit committed suicide by jumping off the building a few years before.

8. The occupied toilet with nobody in it

(giphy.com)[/caption] It does seem like many of these stories originate from the toilets and cubicles. And this particular starts off with a recruit trying to play a prank on somebody. It begins with this recruit visiting the toilet in the middle of the night (again) where he saw one of the door of the cubicle closed. Being young and playful, he decided to toss wet toilet paper into the cubicle for the fun of it. But, there was no response. He curiously peeked through the opening below the door and there. was. no. feet. There was flushing sound and when the door swung open, there was no one – just wet toilet paper.

(giphy.com)[/caption] There is a rumour that for every batch, the recruit that is allocated to Bed 12 will be gifted with the ability to see “things”. If that’s not enough to scare you, there are rumours that there is a little boy that’s always on top of the cupboard staring and grinning at the recruit on Bed 12. So, if you’re ever allocated to Bed 12, good luck ah! Do you have any other army ghost stories to share with us? – New to Shopee? Get $7 off (min. spend $15) with code*: ARMYGHOSTS *TNC Applies. Valid for new users from 5 to 12 Sep only.]]>
Facebook Comments

Reheat Your Meals With These Mighty Microwave Ovens

21 Taiwanese Snacks You Don’t Have To Travel To Try