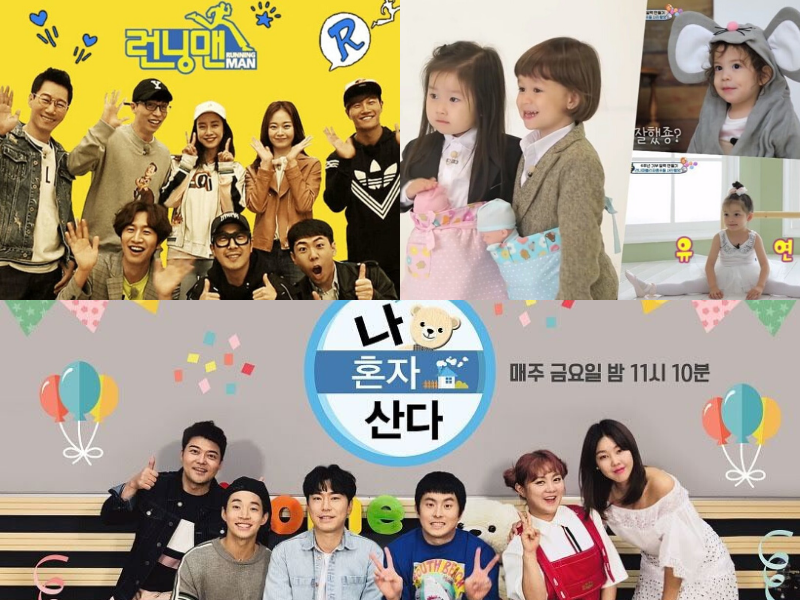 The Hallyu wave rides on strong in Singapore with our steadfast love for all things Korean! Aside from trendy K-fashion, yummy Korean food and attractive unnis and oppas, their Korean variety shows are also a hit among Singaporeans. Perhaps it’s the good humour or the fact that we get to see our favourite stars in their candid moments, but K-variety shows never fail to put a smile on our faces. If you’re looking for something light-hearted to watch after a tear-jerking K-drama, these are the best Korean variety shows to tune in to this 2021!

Since its debut in 2010, Running Man is Korea’s longest-running variety show! With almost 11 years of broadcasting, it is a marvel that the writers are still able to come up with unique game mechanics that constantly entertain and wow viewers! Despite Lee Kwang-Soo’s departure from the show (episode 559), the cast still maintains awesome chemistry that fills up the void left behind by our favourite ‘Prince of Asia’.

Originally only based in Korea, the Running Man K-variety show has expanded with the cast travelling overseas to complete missions. Think Hong Kong, Switzerland and the Philippines. The show also regularly features top Korean celebrities and K-pop groups such as the Penthouse drama cast (episode 542) and TWICE (episode 506). It’s definitely one of the best Korean variety shows of 2021 that has captivated the hearts of both Korean and international audiences!

With a show motto that is “Real Wild Road Variety”, you can be sure that 2 Days 1 Night is really out to impress and entertain! Travel with the cast all around Korea as they showcase places of interest you can check out, also injecting a series of exciting activities and games that allow viewers to get to know them better.

Unlike your usual mission-based variety shows that sees cast members competing amongst each other, a lot of the show is based on Bok Bul Bok games (aka the games of luck). Burst out laughing at the series of unfortunate events that befall different cast members each week, with meme-worthy reactions to use for your next Telegram sticker pack.

Season 4 starts with OG member Kim Jong-min and a renewed cast consisting of Yeon Jung-hoon, Moon Se-Yoon, Kim Seon-ho, DinDin and Ravi (VIXX). Apart from the fresh chemistry between the cast, the team dynamics with the show’s first female main PD (Bang Geul Yi) will definitely be an interesting aspect to watch!

3. Men On A Mission (Knowing Brothers)

The show’s appeal comes from the great chemistry of the cast which enables them to lead the show with ease. As an audience, it almost feels like you are part of this rowdy clique thanks to all the inside jokes and silly games!

Our favourite emcee, Yoo Jae-Seok, is back again with another wholesome K-variety show, Sixth Sense 2. With an animated cast (think Oh Na-Ra, Jeon So-Min, Jessi, Mijoo and Lee Sang-Yeob), Sixth Sense 2 is a mystery game show that puts the cast’s sixth sense to the test.

Every episode presents three issues (either relating to a person or a place) which the cast must assess. But here’s where it gets exciting — one of the issues presented is fabricated by the production team! As such, it’s up to the cast to figure out the real from the fake and cast their vote accordingly to win the prize! If you’re someone who enjoys learning about fun facts, this will be the best Korean variety show in 2021 for you!

At the top of the rating charts sits MBC’s I Live Alone, one of the best Korean variety shows of 2021. It gives viewers a sneak peek into the personal lives of Korean celebrities who, as the title goes, live alone. Known for its appeal of ‘real-variety’, the show was inspired by the growing number of single people in Korea. The main cast aka The Rainbow Club is made up of Kian 84, Park Na-rae, Han Hye-jin, Lee Si-yeon, Henry, Sang Hoon and Hwasa.

Follow their adventures each week as the leader of the club (currently Park Na-rae) directs the whole episode with occasional guests popping by to showcase their stay-at-home lives. I Live Alone is a Korean reality TV show which highlights the fact that behind the glitz and glamour of being a celebrity – they are just as human as we are and enjoy lounging at home in their PJs too.

6. The Return of Superman

What happens when you leave the kids to dad for two days? Winner of the KBS 2019 Viewers’ Choice Best Program Award, The Return Of Superman showcases dads who juggle their careers and children without the help of mum. Psst, watching babies can trigger the release of oxytocin and dopamine, thus it’s no surprise that everyone is addicted to watching this Korean reality TV show!

Breaking the stereotype of a father’s role in the family, The Return Of Superman is one of the best Korean variety shows in 2021. It features famous celebrities such as comedian Sam Hammington, professional soccer player Park Joo-Ho and actor Yoon Sang Hyun of the famous Secret Garden drama. If you’ve been a fan of the show since its pilot episode, you’ll also be familiar with the famous Song Triplets – Daehan, Minguk and Manse!

For new parents, you can learn a tip or two from these celebrity fathers while watching them and their kids on screen. As the series is filmed with minimal intervention and hidden cameras, the adorable moments shared among the kids and their fathers are non-scripted and incredibly heartwarming!

Hang out with the Nation’s MC, Yoo Jae-Seok on Hangout with Yoo! Follow Jae-Seok as he takes on different projects and adventures on his off days including his now very popular alter ego, trot singer Yu Sanseul.

With witty banter and out-of-the-world adventures you’d never imagine this veteran host taking, Jae-Seok embarks on trying everything the producers challenge him to do! He even forms a new co-ed dance group, SSAK3, featuring superstars Rain and Lee Hyori! How will the group fare in this best Korean variety show of 2021? Watch this Korean reality TV show to find out!

If you’re a foodie, Baek Jong Won’s Alley Restaurant is the best 2021 Korean variety show you need in your life! Follow top South Korean Chef and food researcher Baek Jong Won as he heads over to alleys all over Korea. With a mission to help them revitalise their business and attract more crowds to keep business going, how will things play out?

Witness the life transformation that Baek brings into restaurants, particularly helping clueless yet talented chefs in their food businesses. There’s definitely lots to learn especially if you enjoy cooking or are interested in running an F&B chain yourself as he gives out tons of tips that will benefit anyone in the industry! Definitely one of the true-blue, best Korean variety shows in 2021 that gives you the full picture (and reality) of running a business in an ever saturated market.

Even though travelling is restricted during this pandemic, we can still explore the world through travelogue variety shows like Youn’s Stay! This is a spin off from the previous show, Youn’s Kitchen, where the cast members travel overseas to operate a pop-up kitchen. This show focuses on cast members like Parasite actor Choi Woo-Shik, Lee Seo Jin, Jeong Yu Mi, Youn Yuh Jung and Park Seo Joon as they operate a traditional Hanwook inn for foreigners.

We absolutely loved every scene of this feel-good variety show, be it the amazing mouth-watering dishes they whip up or just the witty and light-hearted banter amongst the casts as they go about their daily tasks. This show will be perfect to binge on during a lazy weekend afternoon under your blankets for sure!

Trapped in your home but consumed by wanderlust? Live freely through Korean reality TV show, House On Wheels 2, led by Sung Dong-Il, Kim Hee-Won and Im Si-Wan! The cast travels to various places while driving their tiny moving house, experiencing the charms of a nomadic lifestyle. From delectable dishes cooked over a campfire to late night heart-to-heart talks between the casts and the guests, this is surely a healing K-variety show that we’ve all been waiting for.

King of Mask Singer is one of the best Korean variety shows in 2021. It is so popular, the Americans have their own version of this unique South Korean singing competition! While there are many talent shows available recently, the King of Mask Singer piloted the concept of a masked vocalist. By hiding their identity, judges and audiences are forced to vote solely based on vocals.

The masked singers compete in pairs with three elimination rounds. Their identities are only revealed after their elimination. Many of these singers take this opportunity to belt out songs that are not their usual style, wowing the audiences with their impressive vocal range. Will you be able to tell who is behind the mask? Popular singers include Joohoney from Monsta X, Hyerim from Wonder Girls and more!

This mystery game show is highly popular both in Korea and around the world, and we can definitely see why. Into its eighth season, I Can See Your Voice 8’s aim is to correctly identify the good singers and eliminate the tone-deaf singers through a series of challenges. We guarantee you will be bursting out into fits of laughter watching the tone-deaf singers sing, and be awed by the amazing voices of the good singers as they crooned to popular Korean hit songs. Take the panel’s opinions with a pinch of salt and decide for yourself who’s the one that’s singing!

Enough of Korean celebrities blowing their own horns! Why not get their mothers on board to share their children’s secrets? That’s exactly what Mom’s Diary (also known as My Little Old Boy) is all about. The cast includes mums of Kim Jong-Kook, Kim Hee-Chul, Park Soo-hong, Lee Sang-min, Hong Jin-young and Lee Tae-Sung — all excited to give us the inside scoop on their celebrity kids.  Sometimes, even the mums themselves discover secrets and things that they never knew about their children! Hosted by veteran MCs Shin Dong-yup and Seo Jang-hoon, prepare yourselves for stories and little titbits about these celebrities!

These best Korean variety shows are your vitamin happy for 2021

Can’t wait to start binge-watching on these best Korean variety shows? You can start watching them even while on the go with a Viu subscription plan! From 3-months to 12-months subscription plans, there is something for everyone. With a premium account, not only can you watch your videos with no advertisements but also download unlimited videos for offline viewing. Premium Members also get to enjoy priority viewing and an all-access pass to all of Viu’s content.

Had your fill of laughter and looking for a show that keeps you on the edge of your seat? Perhaps these 2021 K-dramas will be your cup of tea! Thereafter, whip up some of these Korean drama inspired recipes from Vincenzo, Goblin and more for an immersive K-drama experience!

This article was updated on 20-09-2021. Additional research done by Iris Tan. 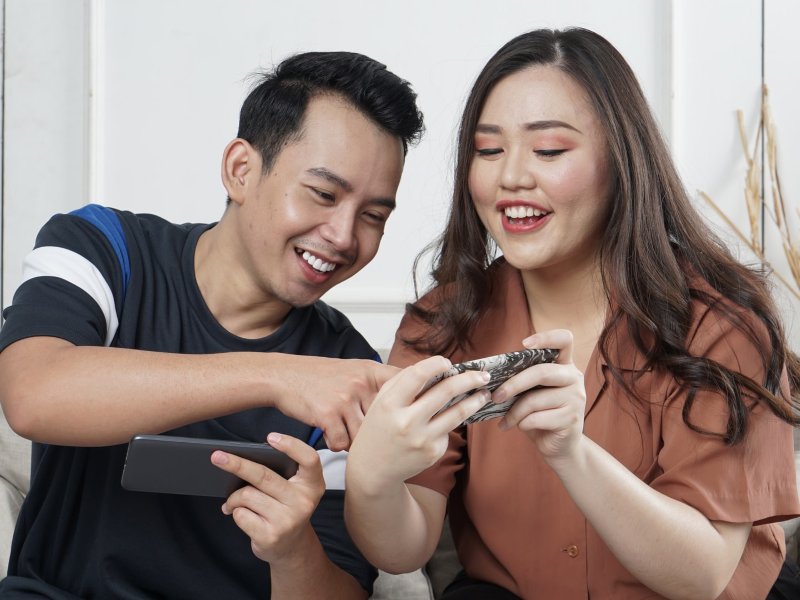 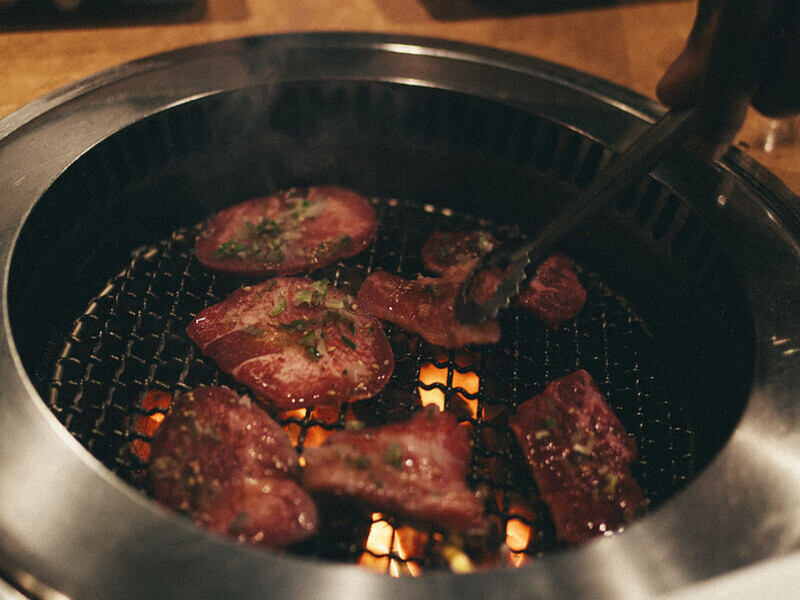