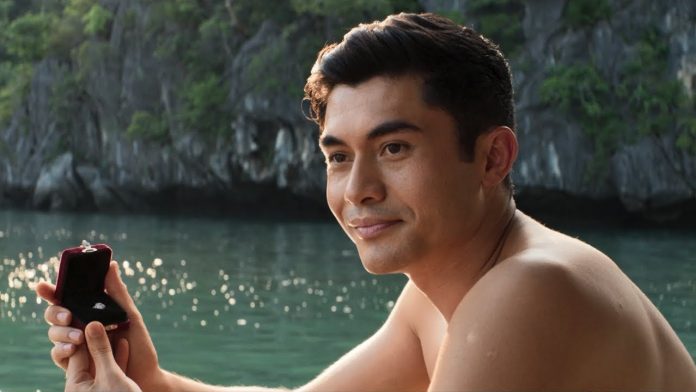 We all know Hitman: Agent 47 and Independence Day: Resurgence and Equals prominently featured Singapore but they’re largely frowned upon by critics for being drab or overly draggy. So why waste your time on movies that aren’t enjoyable? To instill some pride and confidence back into the Singaporean film industry, here are seven movies filmed in Singapore that we as Singaporeans should feel insanely proud of!

Labelled as the Black Panther for Asians, Crazy Rich Asians is the latest movie filmed in Singapore to flood social media feeds and spark rampant discussion. Presenting the classic Cinderella tale with a twist, Rachel attempts to be part of her boyfriend, Nick’s insanely wealthy family, much to the dismay of Nick’s mother who is unimpressed by her average upbringing.

The first movie to feature an all Asian cast since 1993, Crazy Rich Asians represents more than just political correctness in Hollywood. Rather, it subverts conventional rom-com formulas to deliver a movie that dazzles viewers with beautiful locations and extravagant displays of wealth.

As one of the more popular movies filmed in Singapore, I Not Stupid kicked up a storm back in 2002. Its social commentary on Singapore’s education system brought about much discussion. Featuring three kids from distinct socioeconomic backgrounds, the movie highlights the struggles and discrimination they faced in the EM3 academic stream.

Loop in controversial topics like xenophobia and blind obedience to authority, and you have a powerful film that uses humour to place the spotlight on these poignant issues. The debate even caused educational reforms so kids wouldn’t be academically pressured.

Ah Boys To Men (ABTM) is a rarity for movies filmed in Singapore! It accomplishes what hundreds of National Education lessons failed to do: Singaporeans young and old bonding over their National Service (NS) experience.

ABTM’s explosive popularity comes from how relatable it is to every Singaporean male. Especially since the film portrays how the main character, Ken Chow, and fellow recruits feel when they go through Singapore’s Basic Military Training. The ABTM series hits home with its local-centric humour and Jack Neo melodrama that we’ve grown to love.

A film so well-received it represented Singapore at the Academy Awards, Tatsumi is the one of the best animated documentary movies filmed in Singapore. It showcases the life of manga artist, Yoshihiro Tatsumi and the adult version of Japanese manga, Gekiga.

Adapted from Tatsumi’s autobiography A Drifting Life, this film is not for kids and portrays macabre content ranging from sex to death by radiation. Ultimately, Tatsumi gives us insights into one of Japan’s most revered artists. The five gekiga are beautifully realised in a stark black and white art style and is worth a view for manga fans and newcomers.

Ilo Ilo’s greatest strength is its overall attention to detail! The film revolves around the hiring of Filipino maid, Teresa (Terry), to watch over troublemaker, Jiale, as both Heck and Leng attempt to make ends meet during 1998’s Asian Financial Crisis.

Everything from picking up Terry at the airport to the dysfunctional family member interactions is incredibly well-portrayed. You can even empathise with their decisions, even if they might not be the wisest. As a movie filmed in Singapore, get ready for a wave of 90s nostalgia that’ll likely strike a few chords.

Movies filmed in Singapore exploring taboo topics don’t get much limelight. One prominent film to check out though is Apprentice. It’s a movie that portrays how executioners deal with the trauma of hanging inmates on death row. As Aiman accepts his role as apprentice to Rahman, the chief executioner, he struggles to deal with this new life-taking responsibilities.

Tensions flare when the true motivations of Aiman are revealed to Rahman. The film succeeds in humanising the victims and prison staff through effective camera work and gripping character study. Ultimately, it depicts how it’s never an easy job to take a human life – no matter how grizzled you are.

7. That Girl In Pinafore (我的朋友，我的同学，我爱过的一切)

Better known by its Mandarin title, That Girl In Pinafore is set in the 1990s and proudly features the Xinyao (新谣) movement! As Jia Ming and friends attempt to reignite the dying embers of Xinyao and save the Meng Chuan cafe from closing, they struggle between listening to their head or following their heart.

Piggybacking off the success of 2011’s You Are the Apple of My Eye (那些年，我們一起追的女孩), the coming-of-age movie filmed in Singapore has similar feel-good nostalgia vibes. It also weaves the charming Xinyao songs nicely into the film’s overarching storyline.

Movies filmed in Singapore not really your thing? Why not check out other leisurely activities like a co-op gaming date night with your significant other! If you need something more outdoorsy, read our guide on fun things to do at night in Singapore!