There are plenty of ways you can have a date night with your partner at home without heading out! Spice up your nights with these exciting couple games you can play at home. For lovebirds who do not live together, we’ve compiled a list of online games for couples that you can play together even when you are miles apart! 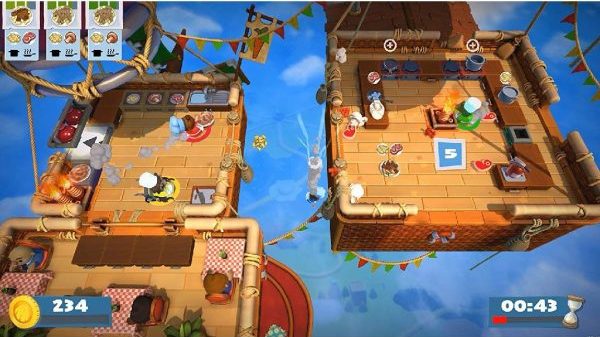 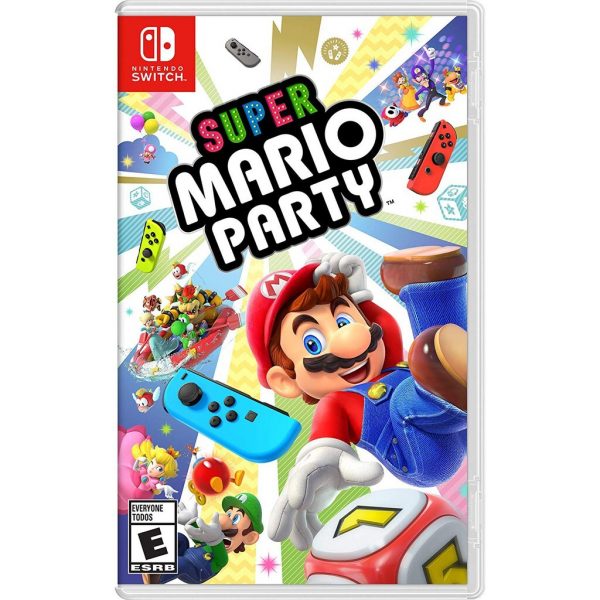 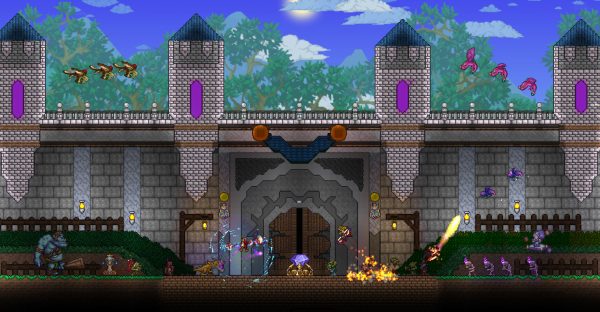 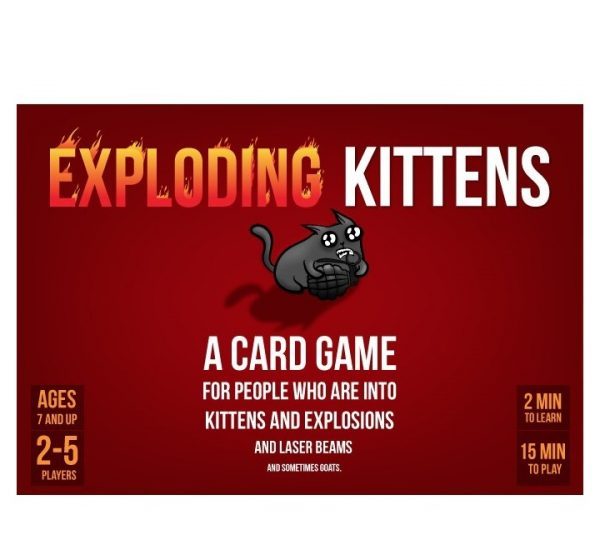 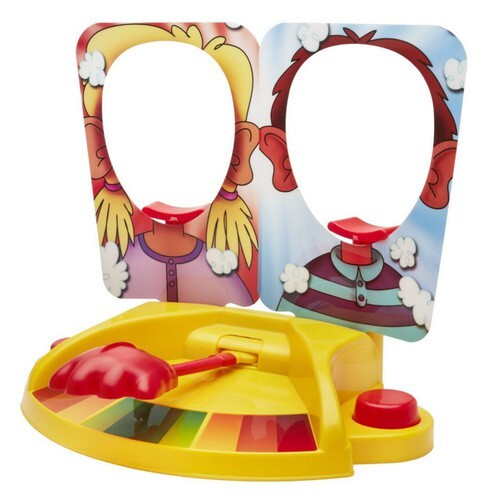 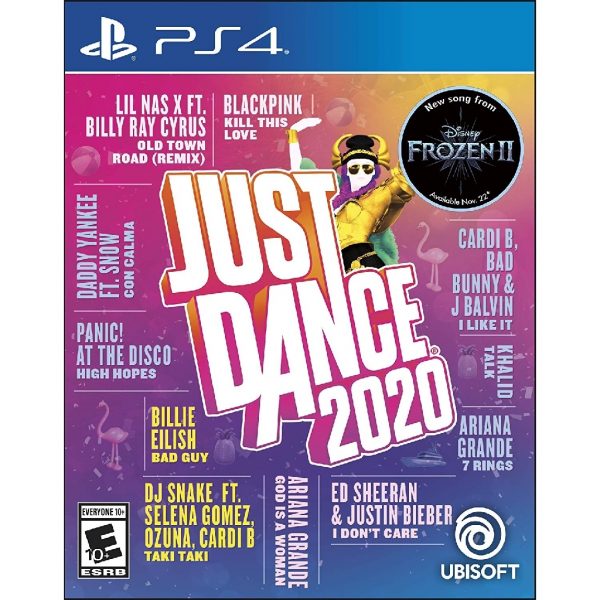 Are you a huge fan of the popular Overcooked? You will love the sequel as much as the original, if not more! But if you’ve never played a video game with your partner before, this fun multiplayer game is bound to make your non-gamer partner a convert!

Overcooked 2 (available on RPG – Right Place For Gadgets) is a cooking simulator game where players have to cooperate and discuss strategies on their feet as the kitchen layout and accompanying duties change. The sequel introduces a new online multiplayer feature where you can play remotely with your partner on platforms such as Nintendo Switch and PS4.

Great as a couple game, this multiplayer co-op game supports up to four players so you can get your family to join in on the fun too. With new interactive levels, themes and recipes, Overcooked 2 will put your teamwork to the test and guarantee lots of laughter and endless fun!

Available on: Nintendo Switch, PS4, Xbox One and PC via Steam

2. Keep Talking And Nobody Explodes

Are you able to cooperate and defuse the bomb in time? Keep Talking And Nobody Explodes’ premise is simple: one player gets trapped in a room with a time bomb while the other is handed a bomb defusal manual to rescue the trapped player.

Sounds easy, doesn’t it? But, here’s the catch. The player with the bomb defusal manual is unable to see the bomb. Talk and discuss ways to solve the challenging puzzles. It’s the only way to diffuse the bomb! This online game for couples allows both players to discover each other’s coping mechanism amid a chaotic situation.

Available on: App Store and Google Play Store on mobile, PC via Steam and consoles such as Nintendo Switch, PS4 and Xbox One. For a more holistic experience, choose to play it in VR mode.

The exciting gameplay of each Mario Party is changed to suit the technology of the console over the years. We especially like Super Mario Party (available on RPG – Right Place For Gadgets) which has new innovative minigames that allow for online multiplayer mode for the first time in the series! You can play the minigames together with your partner even when you don’t live together. Released for Nintendo Switch, Super Mario Party also features one of the largest rosters of characters in-game. Played it countless times? Engage in other fun Nintendo Switch games too!

No list of fun couple games is complete without PlayerUnknown’s Battlegrounds (PUBG). Nothing is more romantic than being able to protect your lover in this fierce battle royale game where players fight to emerge victorious as the last man standing.

Requiring strategy and an adventurous spirit, this game can be played solo or as a group (maximum four players). Players are parachuted down onto the map where they can rummage for weapons, armour and vehicles. What makes the game extra challenging is the shrinking safe zone, which forces players into a more confined area for combat. Players who are unable to reach the safe zone in time will ‘die’ and be out of the game. In it’s latest update, cross-platform play is now available for players on Xbox One and PS4, which means that you can play this game with your partner even if you both don’t own the same console! Gain an edge over your enemies in PUBG Mobile when you use PUBG mobile gaming accessories such as phone grips and sharpshooters.

Available on: Xbox One, PS4 and on Apple App Store and Google Play Store as PUBG Mobile

Dig, fight, explore and craft together in this 2D indie action-adventure game! Perfect as a couple game, the Terraria world is filled with seemingly endless possibilities for you to explore together.

Created in a 2D world, you need to be street-smart to navigate your way through this ingenious world of Terraria (available on GameBusted) where you can go solo or with an adventure-buddy. You first create a character and enter a randomly generated world where you can host your friends via Steam. Players will experience a day/night cycle where the night-time dangers of flying eyeballs and zombies will trouble you. During the day, you are free to dig underground caves to mine valuable items that you could use to craft weapons such as lightsabers and build houses! Explore a world full of possibilities in this great online game for couples. If you are up for something different, check out some of the best Final Fantasy games to play.

Launched through Kickstarter, Exploding Kittens (available on The Mind Cafe) is a hugely popular card game and is a great couple game for those who are looking for something straightforward and fun. Players take turns to draw cards filled with adorable cat illustrations and a player loses when he/she draws an Exploding Kitten. This can be avoided through strategic use of the defuse cards or other action cards that help to resolve the situation. Exploding Kittens are one of the best card games you need to try!

If you and your partner have a bit of a competitive streak, this couple game is just for you! Don’t be mistaken by the packaging, Pie Face Showdown (available on Receesoon Fashion) isn’t just for kids. Fastest hand wins in this game, where both players have to smash the buttons rapidly to direct the pie thrower away from their side. The slower contestant gets a pile of whipped cream thrown in their face. Load the pie thrower up with a pile of whipped cream to up the stakes and both of you will be screaming your way through the night!

Couples at home can get creative (and dirty) by switching up the items placed on the pie thrower. Instead of whipped cream, why not go for some leftover pasta sauce? Fair warning: just be prepared to clean up after all the fun!

Kill two birds with one stone with this competitive exercise game. With Just Dance 2020 (available on GameXtreme.sg), you get to groove to the beat with your partner as you work those muscles and break a sweat at home!

Just Dance 2020 features 40 chart-topping popular tracks including sing-along hits such as Kill This Love by BLACKPINK, 7 Rings by Ariana Grande and Into The Unknown from Disney’s Frozen II. Players will need to bust some of their best dance skills as they follow the on-screen dancer’s choreography to a chosen song. Certain tracks even feature a couple dance to spice up your night. Enjoy exercising together with your partner? Take your date night to another level with these Nintendo Switch exercise games for just as much fun!

Turn up the heat with Desire, a mobile game application that allows you to exchange dares with your partner. Choose dares from a long list of predetermined categories, including ‘Love sensations’ and ‘Roleplay and Fantasy’. You can even create dares of your own for your partner. The dare will be received in the form of a scratch card, adding to the excitement when you scratch it off and reveal yours. Players who accept and complete a dare are rewarded with points which help to unlock more challenging dares.

Don’t just restrict your stay home activities to just watching Netflix. There is a myriad of entertainment available at home if you know where to look! Whether you are together or apart, delve into a realm of fun and laughter with some of the above online games for couples! Miss the good ol’ days of video games? You can still play these retro games at home or if those aren’t your cup of tea, why not try some intriguing board games with your other half instead?

This article was updated on 17-04-2020. Additional research and updates done by Brenda Fong.

Best Budget Phones Under $400 That Won’t Burn Your Pocket

13 Cheap Laptops In Singapore For Under $999

Printable Recipes: 6 Healthy Meal Ideas For Kids Once You Go Back To Work

Get Your Summer Glow On With These 9 Beauty Tips

8 Clever Ways To Earn Money From Your Pre-Loved Tech Items...