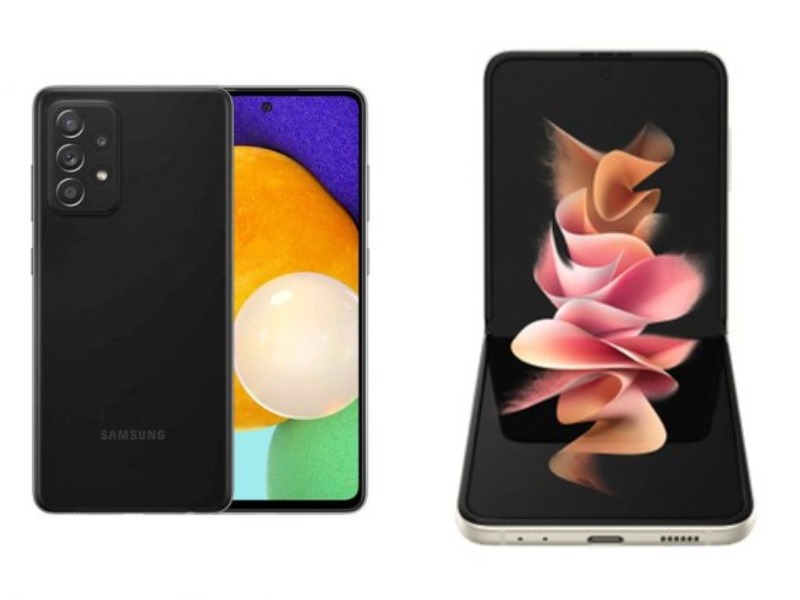 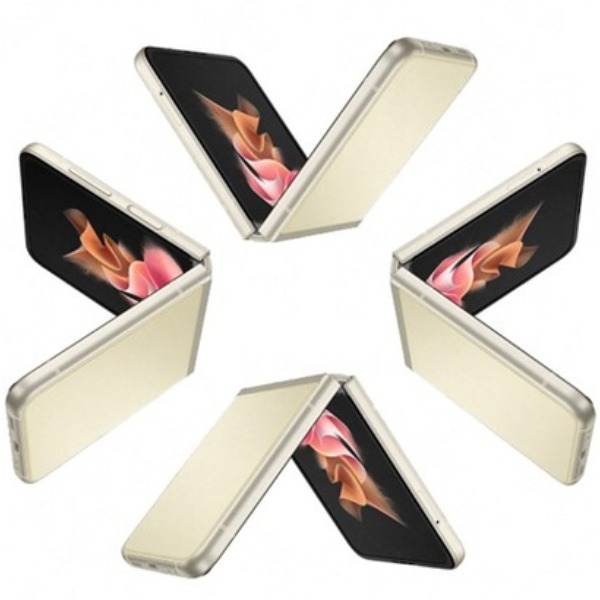 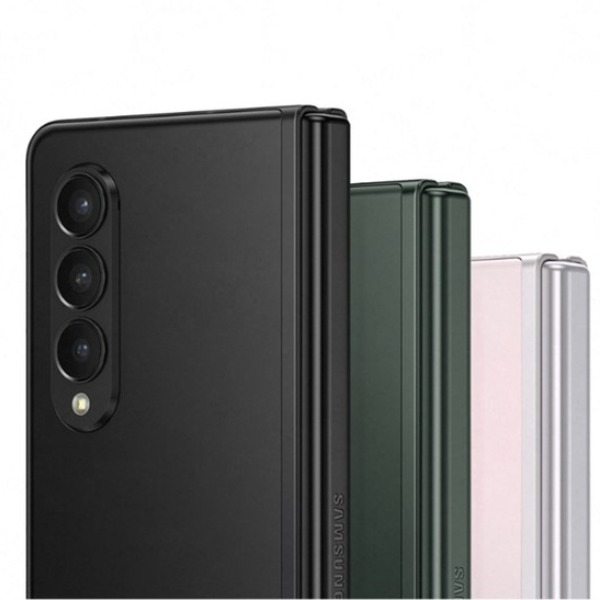 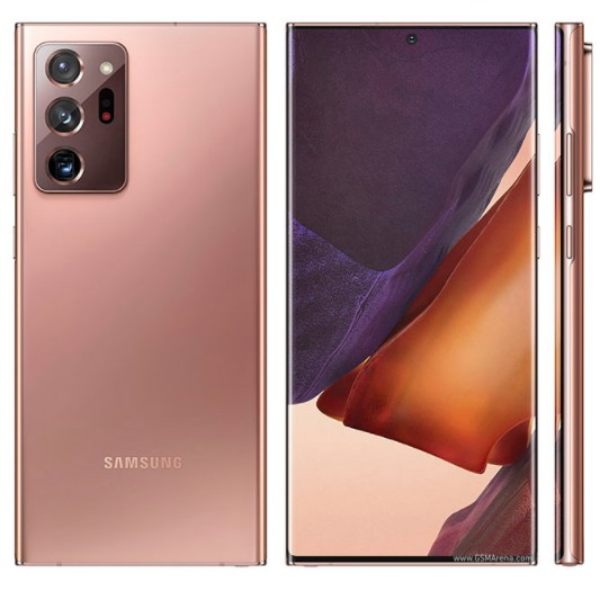 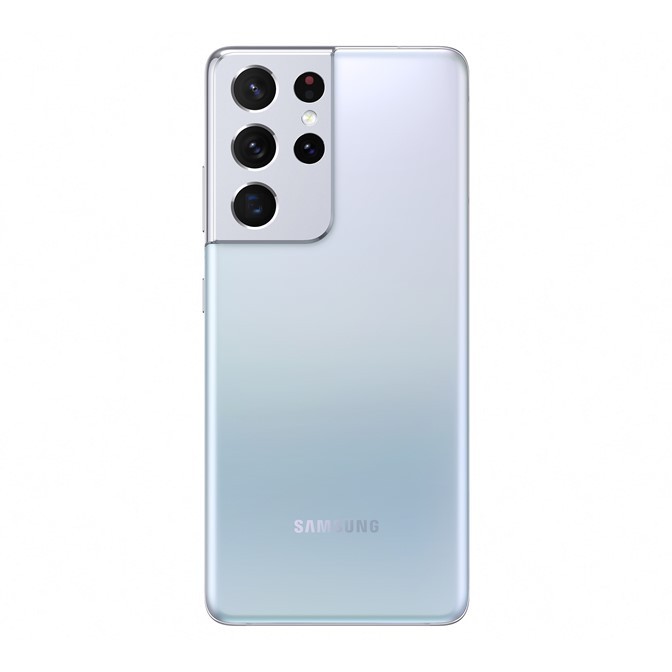 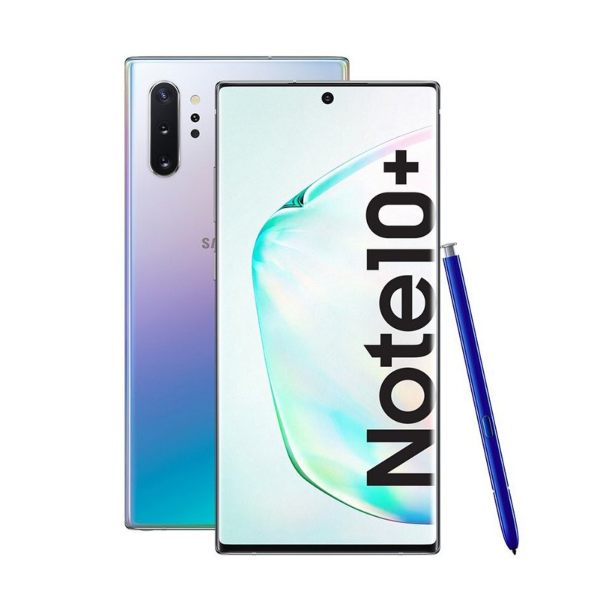 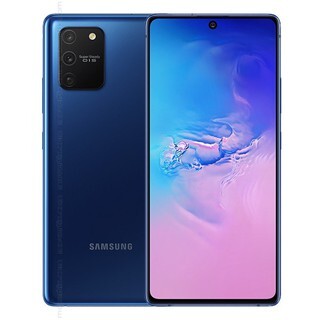 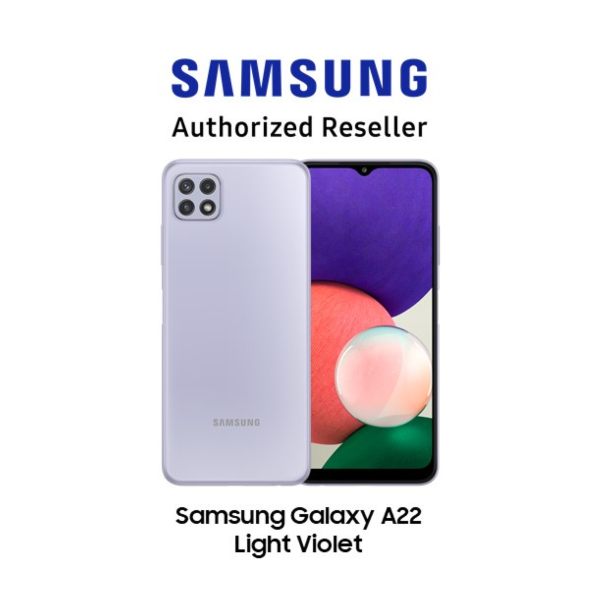 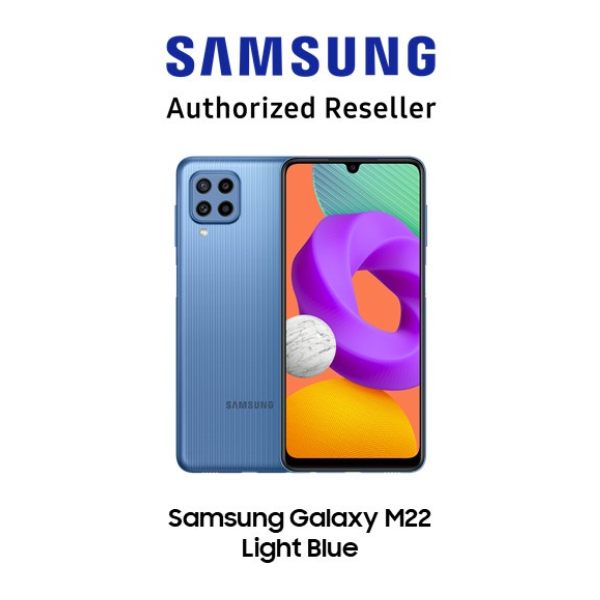 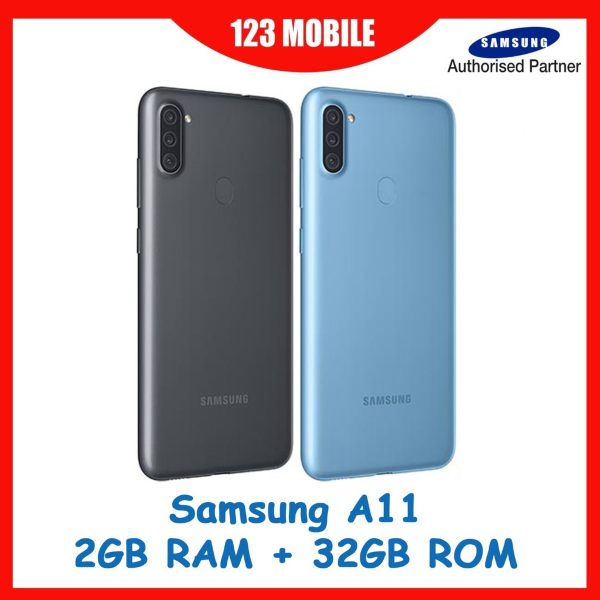 Best Premium Samsung phones: for those after new phone models

Live your flip phone dreams with the all-new Samsung Galaxy Z Flip 3 5G (available on Samsung) that’s up for preorder now! Following the success of the previous Z Flip series, the latest Z Flip 3 comes with more improvements and impressive features. If the previous tiny notification screen on the front of the folded device turns you off, you’ll be pleased to know it’s gotten much bigger on the new Z Flip 3. This time, the phone comes with a 1.9-inch cover screen coloured display that not only shows you the weather, time and message notifications, but also lets you interact with it for quick access. Psst, the cover screen even doubles as a selfie preview when you’re shooting with the rear camera (12MP) so you can capture the best resolution photos!

Did we also mention that the device has finally attained the IPX8 rating so you no longer have to worry about bringing your phone along for pool time? But that’s not to say you shouldn’t accessorise your new device with a Z Flip 3 case, such as this  Together with butter-smooth 120Hz refresh rate on the 6.7-inch Infinity Flex Display, lag is a word of the past on this swanky Samsung Galaxy Z Flip 3.

Greedy for a bigger screen to watch your dramas or work on your spreadsheets? Instead of a tablet, why not enjoy the big screen on the Samsung Z Fold 3 5G (available on Samsung) instead! The huge 7.6-inch screen (unfolded) boasts a brilliant display at a 120Hz refresh rate for smoother scrolling. The QXGA+ Dynamic AMOLED 2X Infinity Flex Display also guarantees an immersive experience with sharp graphics and true colours. While the predecessors faced issues with app compatibility, Samsung claims to be putting in more efforts in optimising apps to make full advantage of the Z Fold 3’s potential.

If taking notes on your device is a must for you, the Z Fold 3 will not disappoint. It now supports the S Pen as an optional accessory so you don’t have to reach for the bigger devices whenever an idea hits you. Still hesitant because of the Z Fold 3’s premium price tag? Here’s another reason why it’s worth the splurge — a five camera setup peppered across the phone. You’ll find a 4MP front camera, a 10MP cover camera a triple camera setup in the rear with 12MP ultra wide, 12MP wide angle and 12MP telephoto lens. Folded or not, you’ll never miss a shot with the Z Fold 3.

The Samsung Galaxy Note 20 Ultra (available on alphatelecomsg) pits itself as a phone that works like a computer. For instance, both gaming and serious work can be done with this stylus pen phone too. Scribble your notes, turn them into text and transform them into PowerPoint slides seamlessly. Expect a quad-camera, a 6.9-inch edge Infinity-O display, 120Hz refresh rate and much more with this model. Phone specs aside, the gorgeous frosted mauve matte shade and sleek design can turn any non-believer into a fan. To conclude, if you don’t mind spending a bit more on this supreme Samsung model, then the Samsung Galaxy Note 20 Ultra is for you!

If you deem the performance of a mobile phone on what’s under the hood, the Galaxy S20 Plus (available on TECH 2021) easily makes the cut for one of the best Samsung phones. You’ll be won over by stellar specs with a 120Hz refresh rate to curb any screen lags. The Galaxy S20 Plus comes with impressive updates from the previous year’s S10 series. Photographers will also love the quad 12MP camera featuring the telephoto lens for an in-built zoom effect and bokeh photo effect. It also packs a more powerful chipset, a bigger battery and of course, 5G support!

If you’re an avid Samsung user, you would have heard of the Galaxy S21 Ultra 5G (available on Samsung Official Store). This model has a unique curved screen design available only to the Ultra variant. With hyper-fast 5G and 5000mAh battery capacity, this phone is perfect for users who desire a more professional-grade performance. It doesn’t skimp on performance too, as the Galaxy S21 Ultra 5G packs a powerful processor and four cameras. It includes the 12MP Ultra Wide Camera, 108MP Wide-angle Camera, 10MP Telephoto Camera, and 10MP Telephoto Camera. If you’re looking to take high-resolution images, this is the best Samsung phone to own.

Best Samsung phones: for those who want good value

As Samsung releases newer generation models, it’s probably a good idea to look back at the best pick of the previous generation phones and take advantage of the price drop. The Samsung Galaxy Note 10 Plus (available on SVIP_SG) is a great example and may be just within your budget at less than $700. It boasts a 6.8-inch AMOLED display, a triple rear camera set-up and the S-pen that works with air gestures — perfect to impress bosses at work! Admittedly, its camera performance may not match up to the Note 20 Ultra, but it still wins on a sleek design and a stronger all-day battery life.

Considering getting this phone? Check out our full review of the Samsung Galaxy Note 10 plus and the review video below:

The Samsung Galaxy S10 Lite (available on univercelmobile) is a value-for-money flagship killer that’s not talked about much but actually has a fair bit going for it. Its 6.7-inch display comes with an impressive 48MP wide, 12MP ultra-wide lens and 5MP macro camera to give bright pictures with HDR10+ processing. Interestingly, the polycarbonate backing on the Samsung Galaxy S10 Lite is what saves cost here and although not water or dust resistant, you won’t really feel much of a difference compared to its pricier counterparts with a glass backing. In other words, this is the best Samsung phone if you’re looking for a value-for-money option with fast charging as a 30-minute charge to last a whole day.

Budget Samsung phones are one to consider if you don’t want to fork out $1,000 for fancier models! The Samsung Galaxy A52 (available on The Handphone Company) is the latest budget Samsung phone to join the ranks and there are quite a few things to love about it. This sub-$600 phone boasts a 6.5-inch Infinity-O display, a main 64MP camera, 12MP ultra-wide lens and a 5MP macro camera. It even has an impressive 48-hour battery life! The Samsung Galaxy A52 also boasts 120Hz refresh rate (meaning faster loading times) and is IP67-rated for water resistance similar to all the other phones in the series.

You don’t have to break the bank for a 5G smartphone. Experience the rapid speed of 5G mobile data network with the Samsung Galaxy A22 (available on Samsung) which costs only around $300! This ensures incredibly smooth gaming and streaming. It also comes with a 5,000 mAh battery so you never run out of juice when you’re out and about.

The last thing we’d expect for a smartphone as affordable as the A22 is a triple rear camera setup. Yes, you read that right! The A22 comes with a 48MP main camera alongside a 5MP ultra wide and a 2MP depth camera — a setup commonly seen on higher-end smartphones. This makes the Samsung Galaxy A22 a value buy in all aspects.

The Samsung Galaxy M22 (available on Samsung) is the newest addition to the brand’s affordable mid-range smartphones and exceeds its predecessors in many areas.  In fact, the Samsung Galaxy M22 features a  6.4-inch Super AMOLED Infinity-U display with 90Hz refresh rate and a large 5,000 mAh battery which mobile gamers will surely appreciate. In addition, it’s also powered by the MediaTek Helio G80, which although not the best processor, is still capable of handling routine tasks without a hitch.

The Samsung Galaxy A11 (available on 123.mobile) rings in for less than $200. Its affordable price point makes it one of the best budget Samsung phones for your school-going kids! They’ll get a large 6.4-inch display and a depth-sensing triple camera. Although the 2GB of RAM may seem little at first, you’ll realise it’s just enough for handling basic functions and apps without causing a lag. The 32GB of data in the Galaxy A11 is also expendable with a micoSD memory card.

Get on the fast lane with the best Samsung phones today!

Looking for other phone models apart from the best Samsung phones? Browse from Xiaomi phones, Realme phones and Oppo phones among other mobile phone brands. Otherwise, check out this list of best budget phones if you’re on a tighter budget. We’ve also sourced some of the best camera phones for mobile photography enthusiasts. Meanwhile, check out these non-camera smartphones that will be perfect for the army or confidential working environments. For more awesome deals on smartphones and other devices, check out our 11.11 Big Sale!

This article was updated on 13 October 2021. Additional research done by Iris Tan. 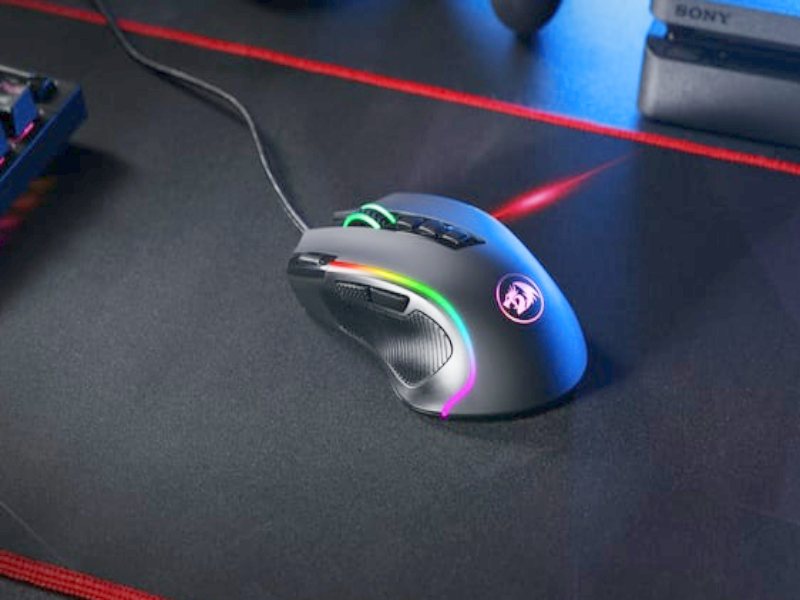 Become The Next S1mple With These 19 Best Gaming Mice 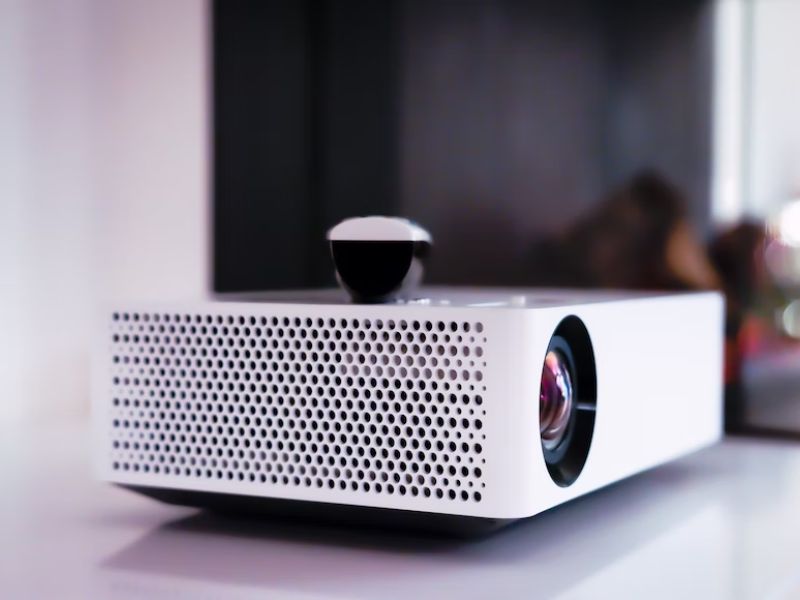 Point Of View: 16 Best Projectors For Your Home Cinema