It’s become a social norm to see beer bottles and pints at parties. After all, nothing hits the spot at a party better than an ice cold pint of beer! Given the vast number of popular beer brands available on the market, it can be confusing to decide which beer to go with for the party. To help you craft your own (beer) bucket list, here are some best beers in Singapore to really get the party going! 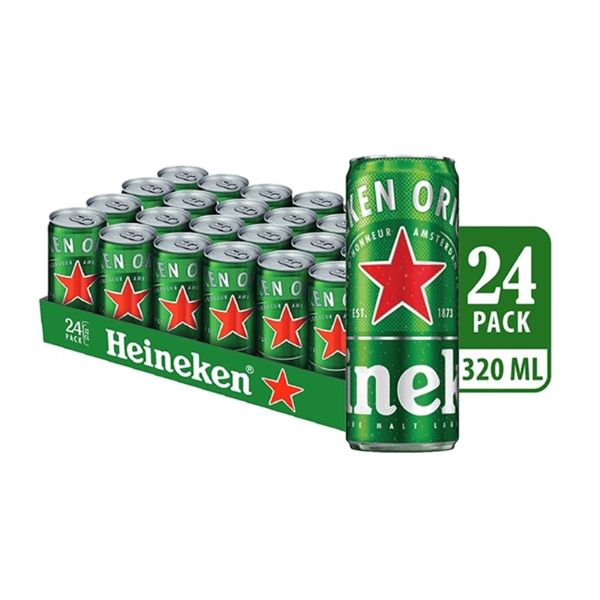 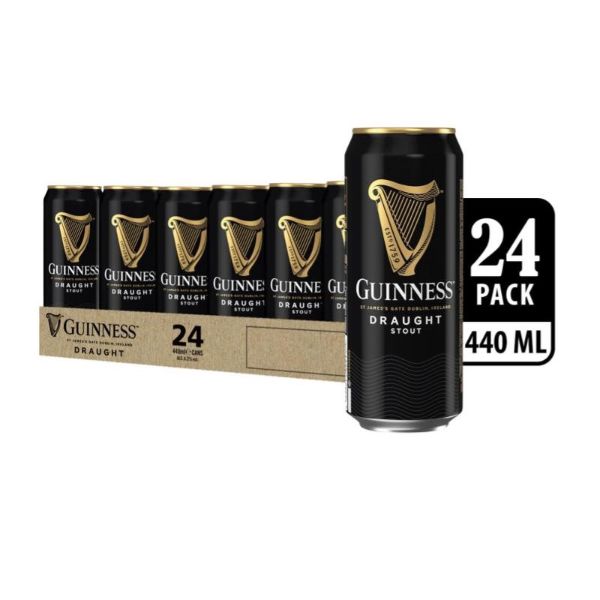 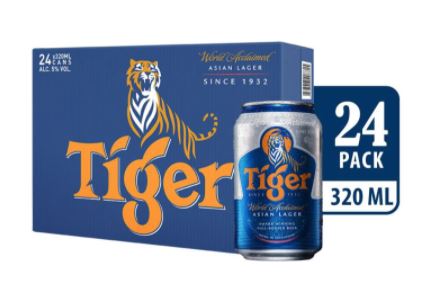 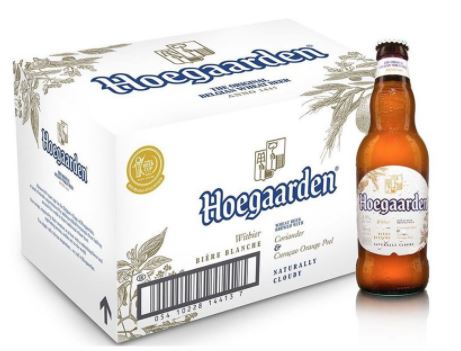 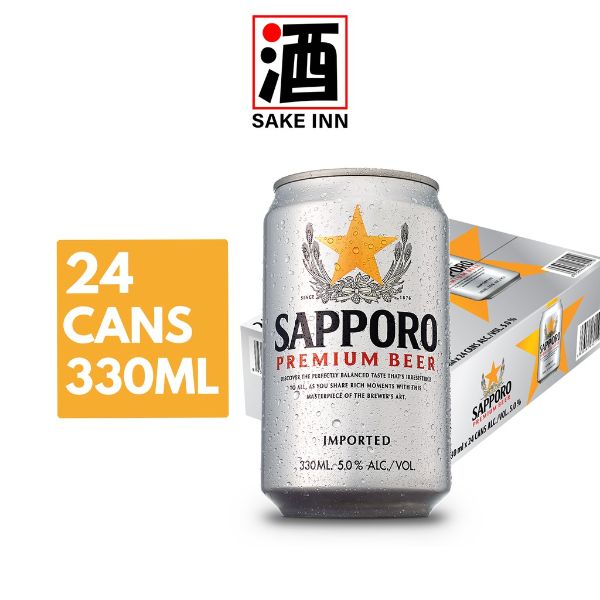 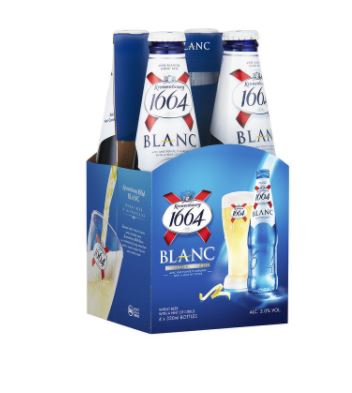 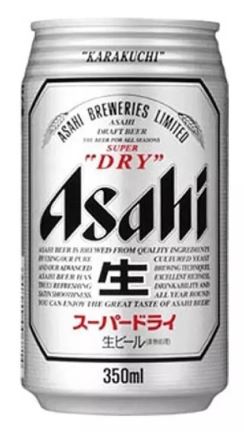 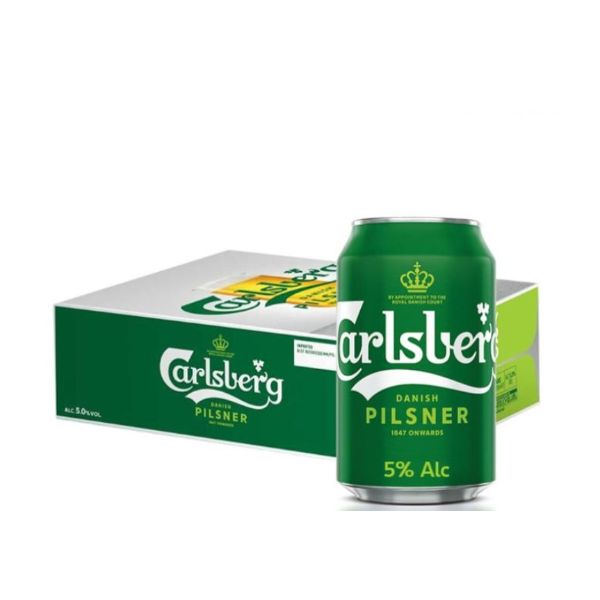 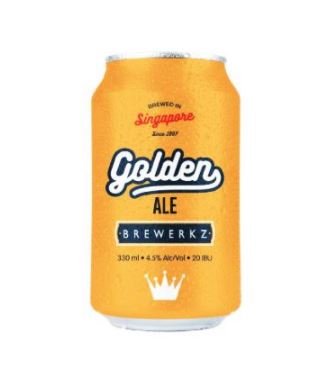 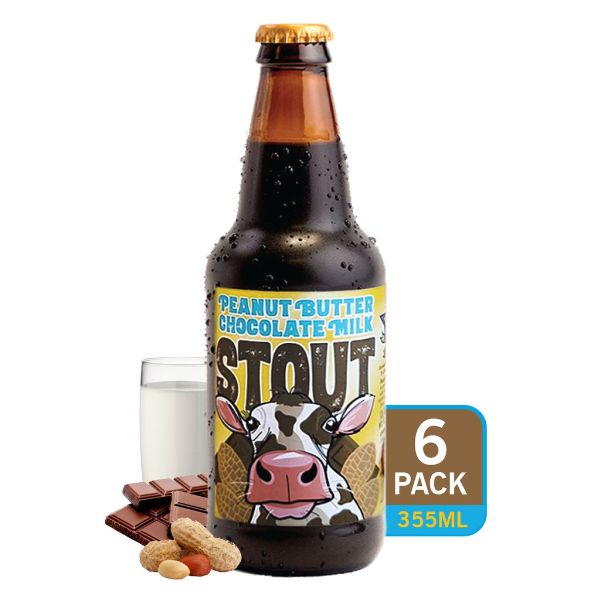 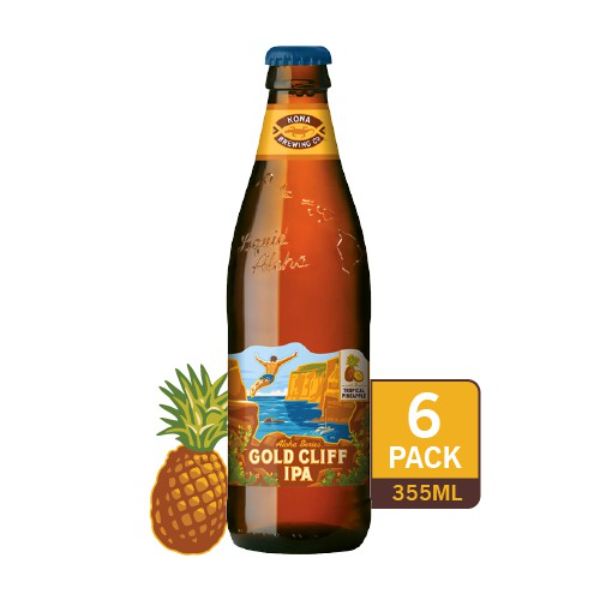 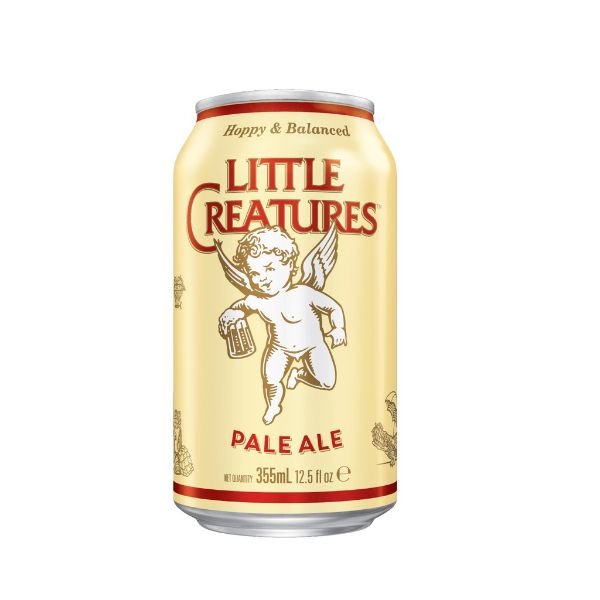 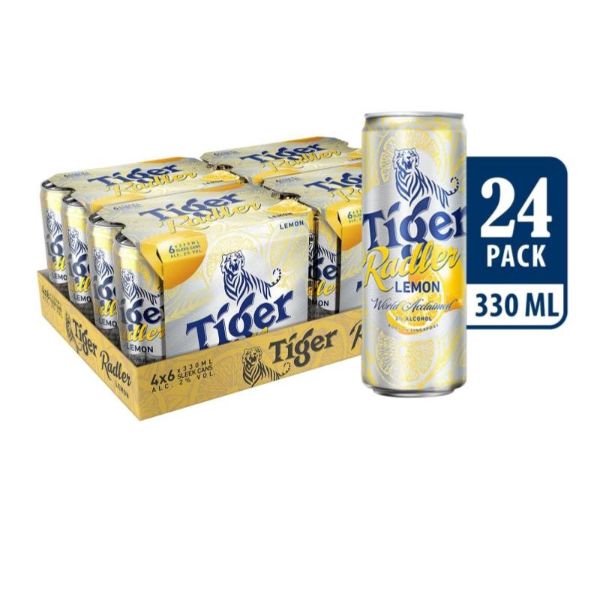 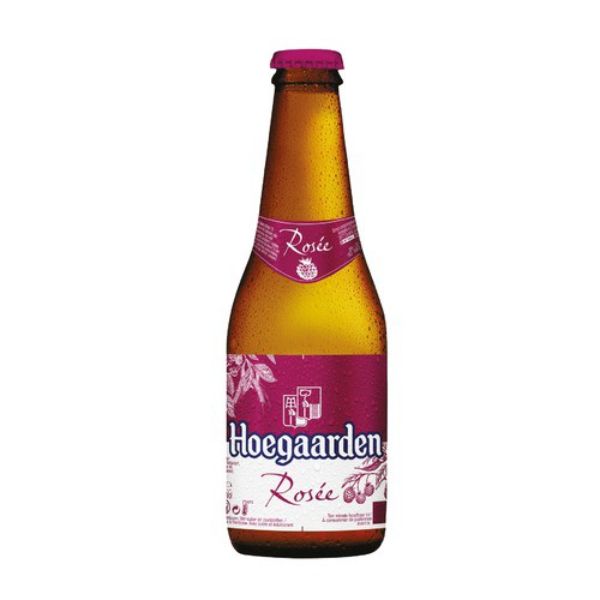 Few of the best beers in Singapore can match the iconic status of Heineken. Try as you might, you can never miss its green and red design! Some fans even compare Heineken to being the McDonald’s of the beer market. This European beer differentiates itself from other best beer brands by providing a richer lager flavour. Instead of doubling down on bitterness, Heineken Lager Beer (available on Shopee Supermarket)  delivers a fizzy taste that’s peppered with bits of barley and hop spice, allowing it to stand tall above other best beer brands.

Fancy a taste of the original Irish dry stout? Detractors might dismiss the Guinness Draught Beer (available on Shopee Supermarket) as an old man’s beer but look past the robust roasted barley flavour and you’ll discover a beer that’s brimming with smoothness and richness! One fun fact about this dark beer is that Guinness uses nitrogen to carbonate its draught instead of traditional carbon dioxide. In turn, this lowers acidity levels and gives the beer a creamier head and smoother taste!

We can’t talk about best beers in Singapore without mentioning the classic Tiger Beer (available on S-Mart by Shopee Official Store)! Apart from being the #1 choice of your relatives during your family gatherings, Tiger Beer has established itself as a big player in the affordable booze market. Despite its affordability, Tiger Beer uses an excellent combination of premium malted barley and hops. This gives each sip a signature smoothness that you wouldn’t usually find in other best beer brands!

Originating from a small Belgian town of the same name more than 500 years ago, Hoegaarden is the original kickstarter of the Belgian white beer trend! One of our favourites is the Hoegaarden White Beer (available on S-Mart by Shopee Official Store). Featuring a cloudy yellow colour that’s characteristic of unfiltered wheat beer, the Belgian beer is spiced with coriander and orange peel to provide an aromatic spiciness and sweetness that fans know and love. Also, this beer is easy to drink because of its low alcohol content, making it one of the best beer brands at dinner parties!

If you’re looking for beer in Singapore with lower alcohol content, check out Hoegaarden’s Rosée (available on S-Mart by Shopee Official Store)! With 3% alcohol and hints of raspberry, the pink wheat beer is perfect for casual drinkers or those who prefer fruity beers.

As one of the oldest and best beer brands still functioning in Japan, Sapporo Premium Draft Beer (available on Sake Inn) is perfect for providing a refreshing taste! Attracting beer enthusiasts worldwide with its signature dark-gold colour, Sapporo’s rice-based beer enhances the taste of Asian food. Instead of focusing on having an inviting aroma like other best beers in Singapore, Sapporo Premium beer keeps fans coming back for more with its light-bodied mouthfeel and superb dry finish! Its bitter-sweet combination also helps to cleanse the palette so you can dive right in for another serving without feeling too overwhelmed.

As a one of the best beers in Singapore that’s quickly gaining popularity for its bright zesty flavours, the French-based Kronenbourg Blanc (available on S-Mart by Shopee Official Store) is a breath of fresh air in today’s wheat flavoured beer market! Housed in a premium blue bottle, Kronebourg’s cloudy yellow beer initially draws you in with its unique fruity aroma. This beverage is perfect for non-beer drinkers because it lacks the stale aftertaste present in other beers, instead presenting a mesh of sweet wheat flavours with clues of citrus acidity.

Crisp, dry and refreshing — this is the praise commonly conferred upon Asahi Super Dry (available on S-Mart by Shopee Official Store) as it competes with other beer brands for the crown of best Japanese beer in Singapore! As advertised, the beer has a dry finish, meaning it’s fully fermented and leaves no residual sugar. This ultimately contributes to the clean and crisp taste profile that Asahi Super Dry is renowned for! Given that it’s the number one selling beer in Japan, we recommend following the unwritten rule of pairing Asahi beer with Japanese food for maximum satisfaction.

One of the most well-loved beer brands in the market, Carlsberg’s distinct green packaging is definitely a classic among alcohol-drinkers. With a heritage that dates back to 1904, the Carlsberg Pilsner (Single Can) (available on Shopee Supermarket) is strongly rooted in Danish cultural heritage. What’s more, it boasts a perfect balance between bitterness and the sweetness of apples, with a bright golden color and bubbly like foam. Apart from this, its aroma contains a mix of pine, straws, hazelnuts and sorrels which will definitely draw you in. With an ABV (alcohol by volume) of 5%, this is one of the best beer brands in Singapore for a light, refreshing mid-day drink.

When discussing best beer brands in Singapore, Brewerkz is definitely on the cards for craft beers! As Singapore’s longest-running craft brewery, Brewerkz provides a dazzling assortment of curated craft beers. If you’re spoilt for choice, we recommend checking out their Golden Ale (available on Brewerkz Official Store)! Using premium British malts as the base, Brewerkz’s Golden Ale evokes a biscuit-like maltiness that’ll light up your taste buds. This is further accented with mild floral and citrus cues that keeps fans coming back for more!

Keen on changing things up from your usual preferred beers in Singapore? Lost Coast beers are constantly reinventing the wheel with their varied flavours and ingredients! With unique names like 8 Ball Stout and Great White, you’ll certainly discover a craft beer that’ll wow your taste buds. Personally, we loved the twist that Lost Coast Peanut Butter Chocolate Milk Stout (available on Thirsty) offers on the conventional stout formula. By throwing in layers of peanut butter and rich chocolate, the stout offers elevated creaminess and a milky mouthfeel that’s perfect for sweet tooths!

Unlike other best beers in Singapore, Kona beers offer a chill island vibe that helps them stand out! We recommend the Kona Gold Cliff Hawaiian IPA With Pineapple Craft Beer (available on Thirsty) for its tropical take on the Indian pale ale formula! A seasonal summer drink, this beer pays tribute to its Hawaiian roots with real pineapple and fruity aromas of citrus and mosaic along with a hint of smooth caramel malt. This gives the beer a bright and zesty edge to contrast the subtle bitterness of tropical hops!

Are you a friend of fruity alcoholic drinks? With an idyllic blue packaging featuring relaxing island values in its background, the 4 Pines Australian Pacific Ale (available on Thirsty) combines a splash of fruity hop aromas of passion fruit, pineapple and pear for a refreshing taste. Perfect for hot summer seasons, this craft beer is created with pure Australian Galaxy and Vic Secret hops for a distinct citrus-like taste. Overall, this mid-strength beer is smooth, dry and quenching, making it one of the best fruity beer brands in Singapore that you have to try!

For those who love a more intense flavour, the Little Creatures Pale Ale Craft Beer (available on Pacific Beverages Official Store) will do the trick. Specially brewed in Australia, this craft beer uses direct sourced hops to deliver a strong citrus and grapefruit flavour and aroma that will definitely leave you feeling refreshed. Additionally, its taste is balanced with a careful selection of specialty malts and a local pale malt. What’s not to love about a beer that is refreshing yet smooth?

Are you a health junkie who loves the occasional drink? A new variant of Tiger Lager, the Tiger Radler Lemon Beer (available on Shopee Supermarket) is the choice for you! Additive-free and created with the original Tiger Beer along with a splash of lemon juice, this is a flavourful beverage that refreshes. With a naturally cloudy appearance, you can be sure that this beer is an unconventional variant that combines the best of both lemons and alcohol. Ultimately, with its brand new fruity and distinct taste that is rooted in beer, this is certainly one of the best beers to try in Singapore if you’re a lover of all things sour.

Pro tip: If you aren’t a fan of lemon, try out the Tiger Radler Grapefruit Beer Can (available on S-Mart By Shopee Official Store) instead!

If you’re into delicate, light-tasting beer, you’ll love the Hoegaarden Rosee (available on Pacific Beverages Official Store). An imported beer from Belgium, this beer has a naturally sweet taste with a rich fruity aroma, with hints of spice and coriander to top it off. What’s more, this beer is also unfiltered and has a light pink to orange hue and a cloudy appearance, making it a good source of Vitamin B too! This is one of the best beers in Singapore for those who enjoy a sweet, fruity yet crisp drink.

Exploring the diversity of the best beers in Singapore with us

From fan-favourites to niche craft beer flavours, there is no shortage of best beers in Singapore! Didn’t find your favourite best beer brands here? Make sure to browse our array of beers and ciders or join our alcohol VIP lounge for a variety offers for all kinds of liquor! With all that alcohol, you’ll probably need some way to entertain the crowd. Read our guide to the best card games that are sure to engage party guests! Alternatively, if you’ve yet to discover how much fun video games can be with tipsy players, check out our list of Nintendo Switch party games that you must play at your next gathering!

This article was updated on 22 March 2021. Additional research done by Megan Huang.

Guide To The Best Baby Carriers For Your Newborn

13 Face Masks In Singapore You Can Easily Get Online