Indian food consists of more than just Prata and Naan and we wish more people understood that. With Deepavali (or Diwali) just around the corner, we thought it was about time to do a round-up of some of the best Indian restaurants in Singapore to visit at least once in your life! From South to North Indian food, vegetarian and non-vegetarian options, including spicy and non-spicy dishes, make a date at one of these places and treat your palate to something new! 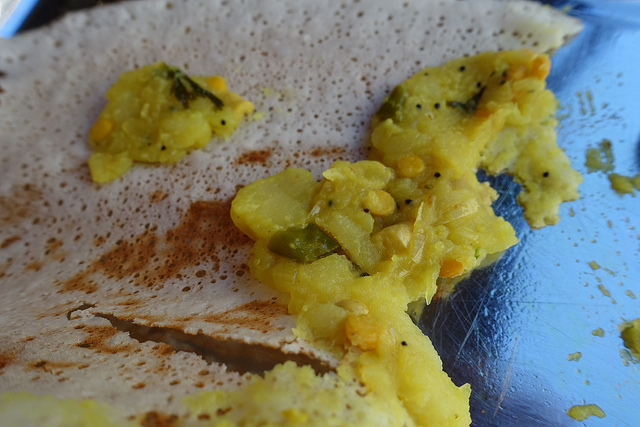 (Credit: Guilhem Vellut / Flickr)[/caption] Chennai Arya Restaurant is an unassuming, gem of a place on Campbell Lane. Venture away from the Tekka Market and Mustafa areas to explore this lesser-known establishment selling simple Indian vegetarian food at pocket-friendly prices. Don’t expect plush seats at this Indian restaurant in Singapore — it is a place to have a quick meal but a meal that will leave you very satisfied, we promise. Customers have given rave reviews for their idli and thosai, freshly made on order and served warm and soft. I had the Masala Thosai, stuffed with delicious potato filling, paired with ginger tea while my friend opted for a Poori set with badam (almond) milk. The badam milk made with saffron and garnished with cardamom and pistachios was hands-down one of the best we’ve both ever tasted! If thosais aren’t your cup of tea then order a South Indian thali — rice with a variety of finger-licking good veggies! Address: 30 Campbell Lane, S(209902) Opening Hours: 24/7 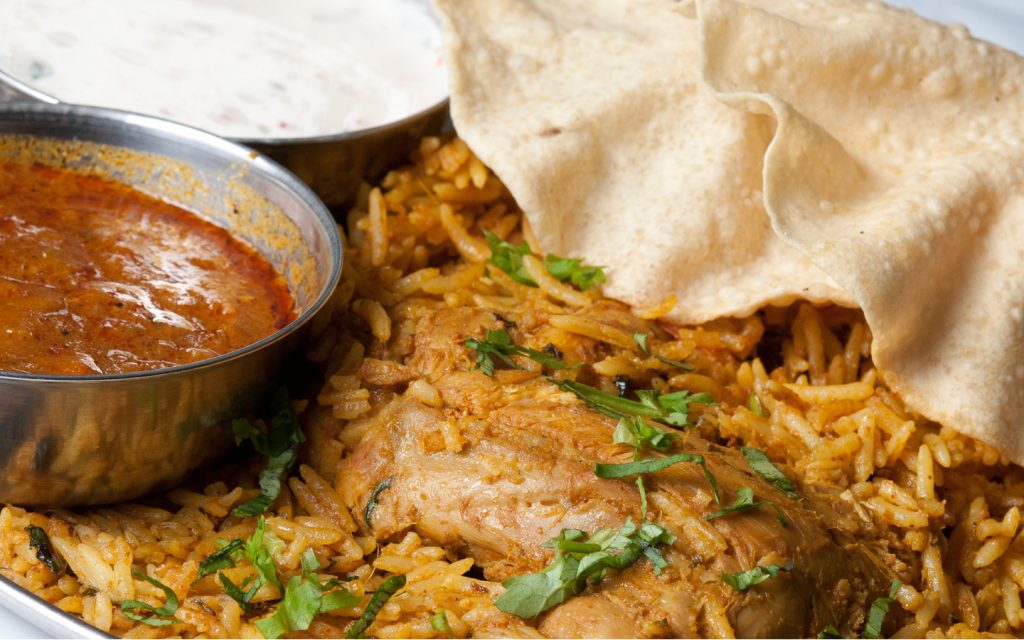 (Credit: Jaggis’s Northern Indian Cuisine)[/caption] Indian food varies across the different states and Punjab is a region in North India where the cuisine is a blend of both Mughal and Indian flavours. You might recognise some of its signature dishes: oven-baked Tandoori Chicken or Saag Paneer. Jaggi’s does delicious authentic Punjabi cuisine at a reasonable price. If you’re looking to do a large group gathering, this is also one of the best Indian restaurants in Singapore to do it at! Just remember to make a reservation in advance. As for what to order, start with the healthy wheat made chapati and pair it with Butter Chicken, Aloo Gobi and some Dhall Makhni. For dessert, choose between Kheer – a rice pudding boiled with milk or Jalebi – a pretzel shaped dough soaked in sugar syrup. Don’t be shy to ask for food recommendations whilst there too, they’ll be more than happy to help! Address: 37/39 Chander Rd, S(219541) Opening Hours: Daily, 11am – 10.30pm 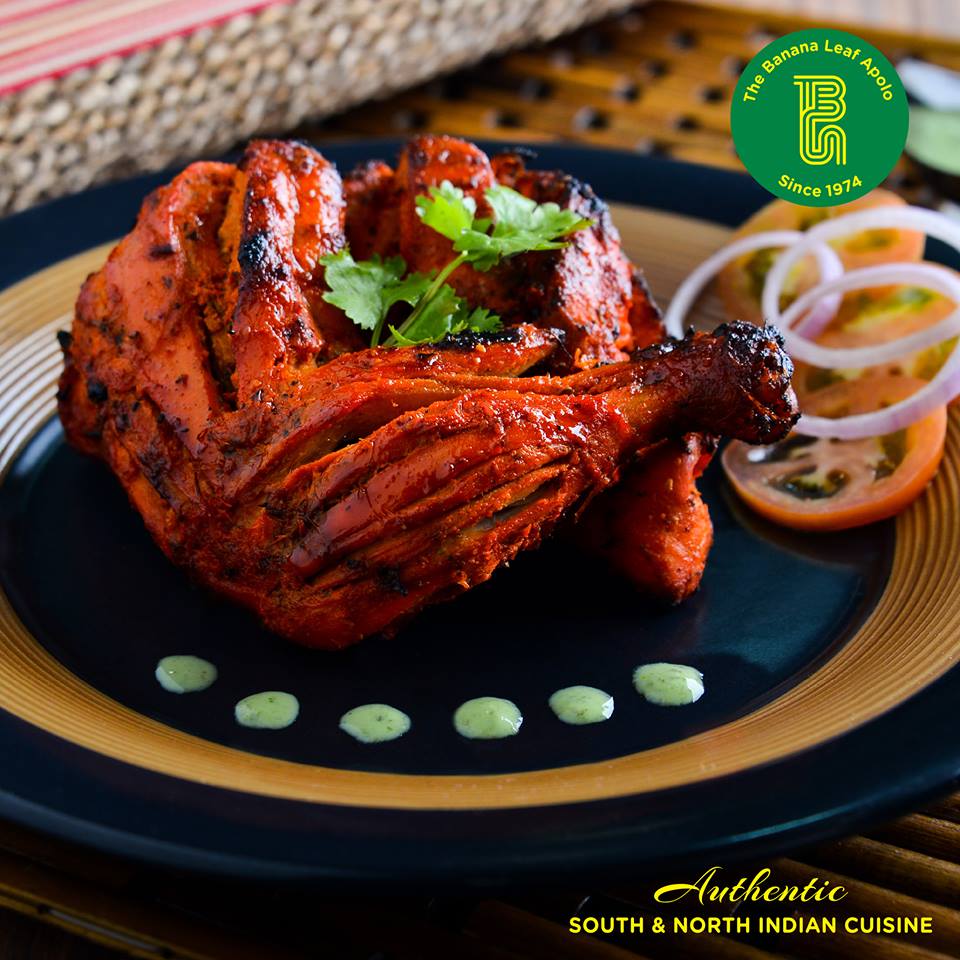 (Credit: The Banana Leaf Apolo Little India – Race Course Road / Facebook)[/caption] The Banana Leaf Apolo restaurant sees an equal number of locals and tourists, a telltale sign that it is indeed not a tourist trap. Stop by any day for lunch or dinner and you’ll hear lively chatter in this high-ceiling double-story restaurant. Find both North and South Indian dishes at this Indian restaurant in Singapore but if you don’t order their signature Apolo Chicken Masala, it’s as good as not having been here at all! The Apolo Chicken Masala is essentially dry masala chicken made with a fiery blend of spices best paired with briyani rice. That with their standard assortment of vegetables on the banana leaf should suffice for lunch. Other Indian food to order here: Mysore Mutton, Vegetable Kholapuri and another raved dish — Fish Head Curry. After you’re done, don’t forget to fold the banana leaf inward towards you, to show your appreciation for the meal! Address: 54 Race Course Road, S(218564) Opening Hours: Daily, 10.30am – 10.30pm Check out their Little India Arcade and Parkway Parade outlet details here 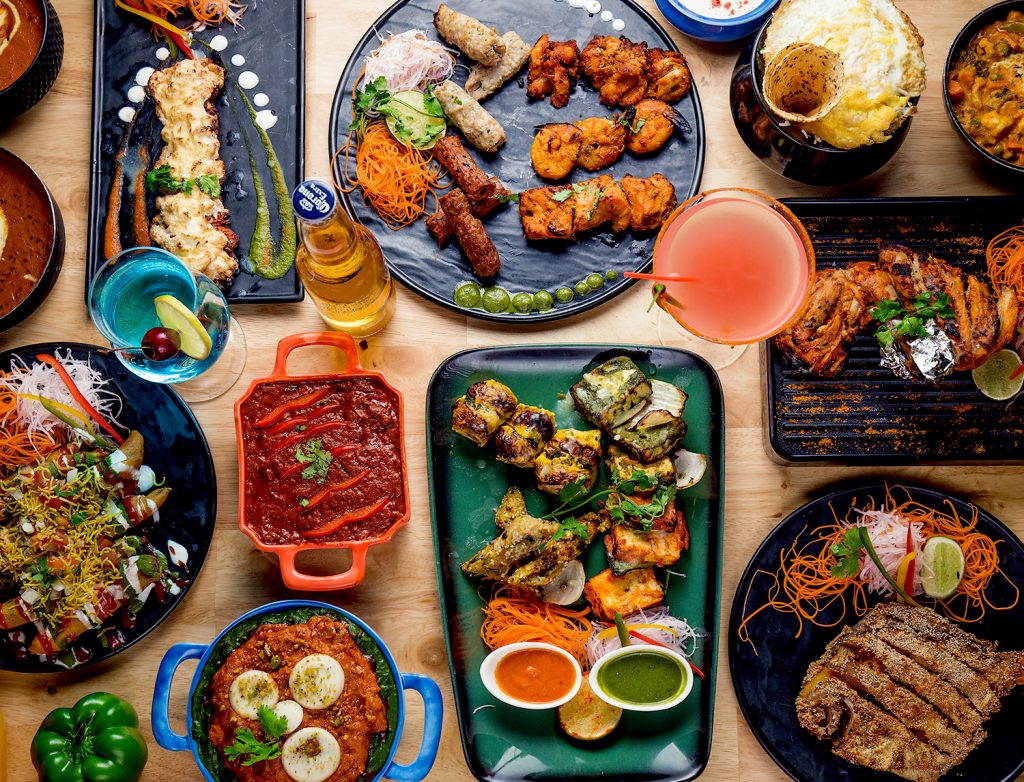 (Credit: Urban Roti)[/caption] How does business talk over Indian food sound? Urban Roti is the perfect Indian restaurant in Singapore for the CBD dweller. Aim to be there early if you can or else expect to buffer in waiting time! From appetizers to main courses including briyanis and pulaos for both vegetarians and non-vegetarians, Urban Roti also brings to the table contemporary fusion cuisine — Cuba Libre Chicken anyone? Enjoy a tipple here too! From cocktails to mocktails including wines and spirits served in their in-store bar, we can promise you a massive food and drinks coma once (if) you head back to the office. Address: Lau Pat Sat,18 Raffles Quay, #01-96, S(048582) Opening Hours: Daily, 11am – 10.30pm Check out its Sayed Alwi Road location details here 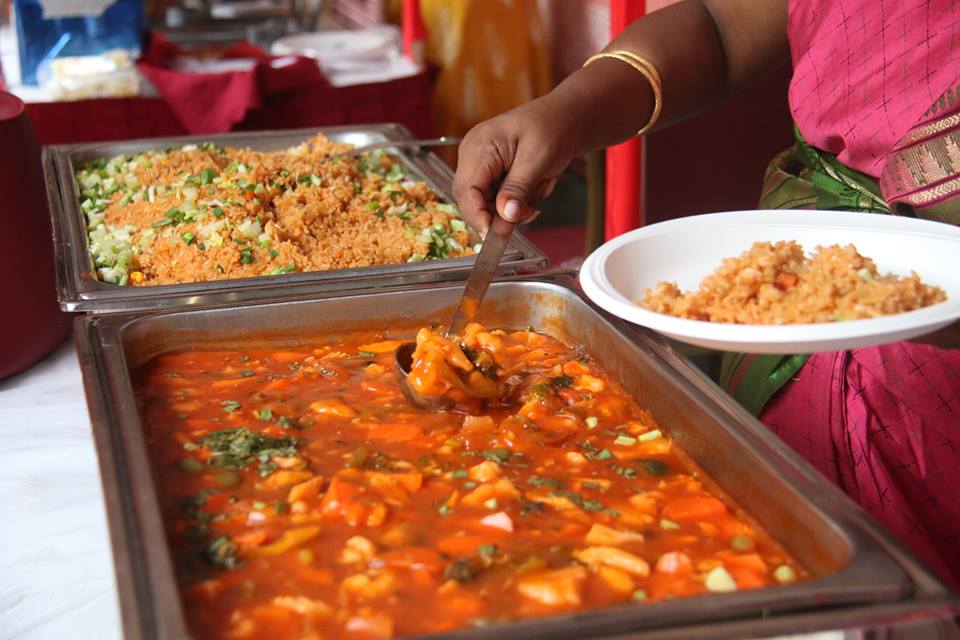 (Credit: Annalakshmi / Facebook)[/caption] Their mantra, “Eat what you want, give what you feel”, sets this vegetarian Indian restaurant in Singapore apart from the rest. The name, Annalakshmi, is derived from the Hindu goddess of abundance who represents the mission of serving humanity with culinary and performing arts. Dishes here don’t come at a fixed price and you can pay however much you feel but that doesn’t mean that you shortchange them! So, come and fill your steel plates with South Indian vegetarian food lined up buffet-style. It is a volunteer-run place so expect dishes to change up now and then but you can still look forward to delicious vegetable staples like Dhal, Chutney and Alu Palya (dry, spiced potatoes) served with rice or chapati.  Address: Central Square, 20 Havelock Road, #01-04 S(059765) Opening Hours: Mon : 11am – 3pm Tues – Sun : 11am – 3pm, 6.15pm – 9.30pm 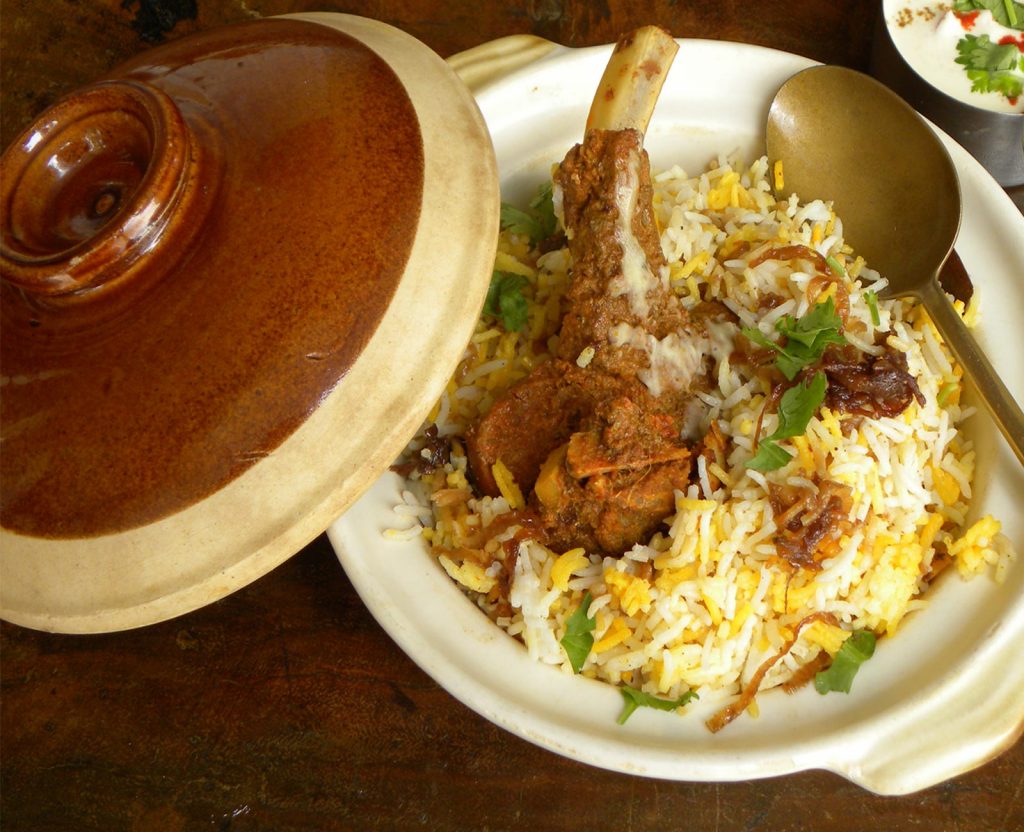 (Credit: Mustard)[/caption] Mustard celebrates the food of two Indian states – Punjab and the Eastern state of Bengal. It is also one of the only Indian restaurants in Singapore to serve up Bengali food so, make a trip here for a cuisine completely distinct from other Indian food in Singapore. Recommended on the menu: Maacher Cutlet with Kashundi – a fish fillet served with special mustard sauce and Kathi Kabab Rolls – a popular Kolkata street snack. You wouldn’t want to leave this Indian restaurant without trying some quintessential Bengali desserts. A must try is the Rossogolla — spongy cottage cheese balls dipped in sugar syrup, sinful but oh so heavenly! Address: 32 Race Course Road, S(218552) Opening Hours: Sun – Fri: 11.30am – 3pm, 6pm – 10.45pm Sat: 11.30am – 4pm, 6pm – 10.45pm 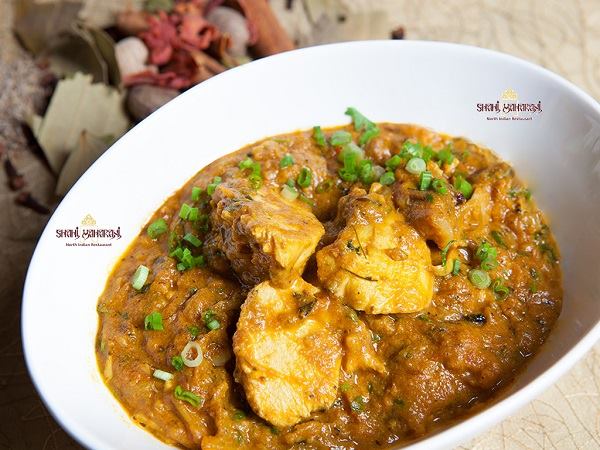 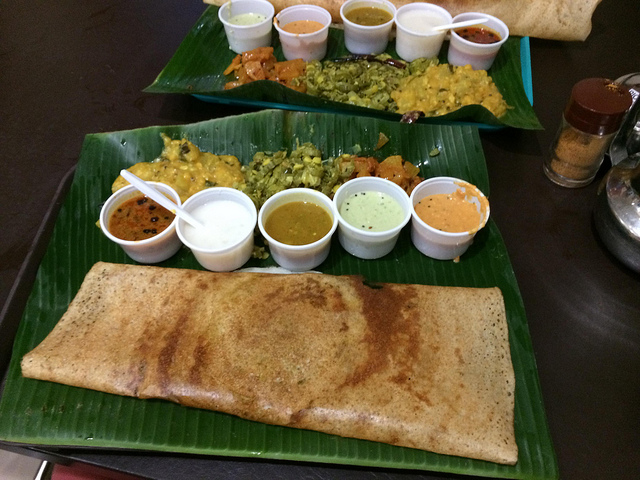 (Credit: Kai Hendry / Flickr)[/caption] This Indian restaurant in Singapore was already popular among locals but India PM, Narendra Modi’s visit in 2015 capitulated it to international fame. This no-frills vegetarian restaurant uses the same 71-year-old recipe to make their yummy thosais (over 40 different types!) Also served here are sumptuous South Indian thali meals and popular snacks like Idli and Vadai (savoury fritters). It is a humble restaurant that packs a punch! Want to bring your non-Indian friends for their first thosai experience? This is a good place to start with. It occupies a two-storey shophouse on Serangoon Road, providing the perfect setting for a long overdue catch-up. The food here is non-oily and less spicy, promising to go easy on your friends’ tummies. After the meal, be sure to order the classic South Indian filter coffee – made from a mixture of frothed and boiled milk with the decoction obtained from brewing coffee powder. Enticed enough to make a trip down yet? Address: 76-78 Serangoon Road, S(217981) Opening Hours: Daily, 7am – 10.30pm

9. The Song of India 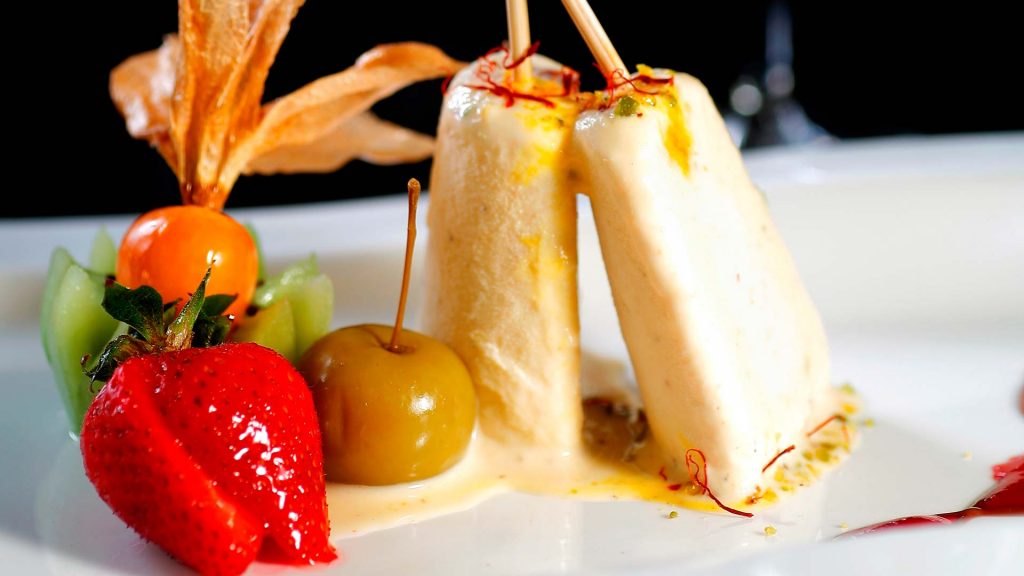 (Credit: The Song of India)[/caption] Savour opulence and decadence at The Song of India, the only Michelin Star Indian restaurant in Singapore. Housed in a black and white colonial bungalow on Scotts Road, Chef Mural, the award-winning executive chef here helms the team to deliver exquisite, fine dining Indian food in Singapore at it’s best. The a la carte items can be a bit pricey so go for their lunchtime buffet menu and enjoy their live-cooking stations of Naans and Appams! If time is on your side then their indulgent set menus won’t disappoint! Journey Through India lays before you Coastal Prawn Curry – a staple from the Malabar coast, Bhuna Lamb Ghosht – from Hyderabad and Dumpukht Chicken in Potli Masala a speciality from Lucknow. Also try their Jugal Bandi set menu — a wine-pairing menu of Indian flavours and delicious wine, a sure winner! Address: 33 Scotts Road, S(228226) Opening Hours: Daily, 12pm – 3pm, 6pm – 11pm 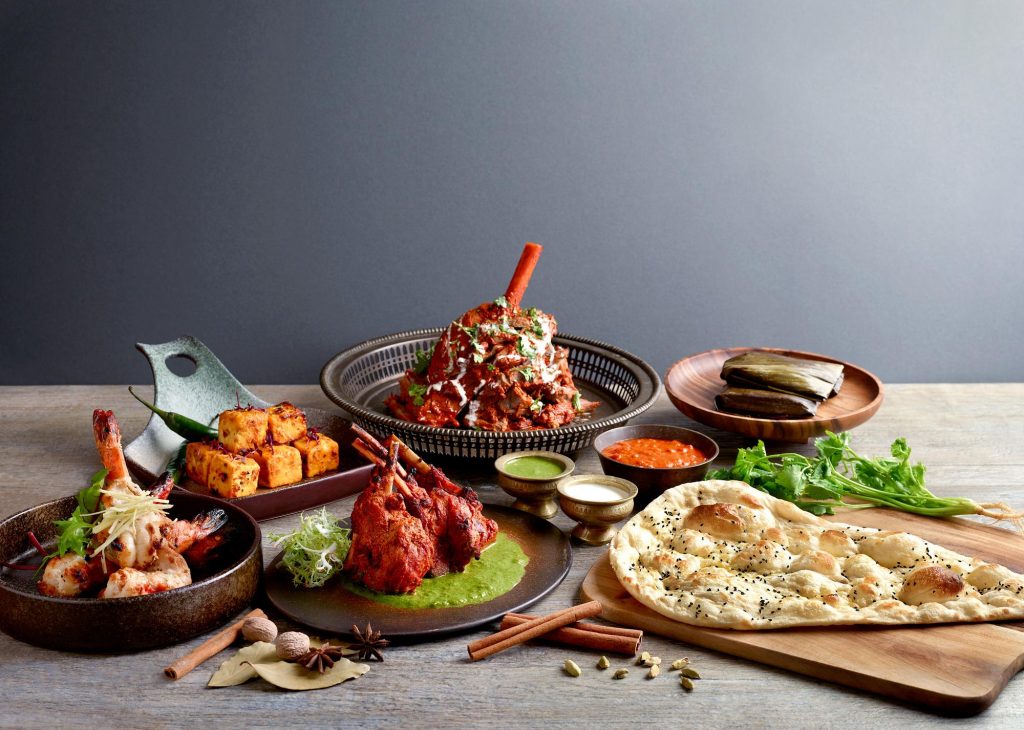 (Credit: Tandoor / Facebook)[/caption] This Indian restaurant in Singapore has been serving gastronomical delights since 1985 and doesn’t plan on stopping soon! Try aromatic food from India’s coastal regions — Goa, Mangalore, Lucknow and more. From the chargrilled Tawa Menn – seabass covered with onion-tomato paste to Nalli Ghosht — delicately cooked lamb shanks, tantalize your tastebuds to the Indian food here today! How does Indian food for Sunday brunch sound? Tandoor’s Sunday Brunch menu is a ghee-laden indulgent meal, that will leave you in a satisfied lull for the rest of the day! Psst…a little birdy told us that Tandoor is offering a special Diwali five-course dinner menu running till 3 Nov 2018. We recommend making a trip here sooner rather than later! Address: 11 Cavenagh Road, S(229616) Opening Hours: Daily, 12pm – 2.30pm, 7pm – 10.30pm That wraps up our article on Indian restaurants in Singapore you should pay a visit to at least once! If you’re already an Indian food lover, why not try some other cuisines? Check out our list of the best places in Singapore for Taiwanese food! Or how about a dim sum buffet to enjoy with friends? Whichever it is, we hope you enjoy your meal! Bon Appetit! New to Shopee? Get $7 off (min. spend $15) with code*: NAPRATA * TNC Applies. Valid for new users from 30 Dec to 6 Jan only.]]>
Facebook Comments

31 Best Chinese Restaurants That Are Open During CNY 2022