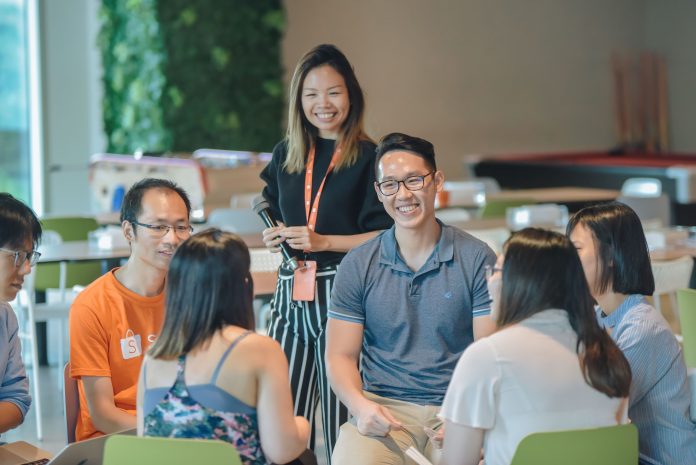 There is a whole range of personalities that one may encounter in an office. At the two extreme spectrums are the extroverts and the introverts.

While both types of people are amazing in their different ways, the latter may have slightly more trouble getting accustomed to the social nature of an office space. For instance, the constant socialisation and the need to speak up instantly in group settings can be rather daunting to introverts. Ever had a conversation move on as you were mentally preparing yourself to speak up, and had finally mustered enough courage to do so?

At worst, friction and inaccurate judgement may arise due to introverts being unable to express themselves. For instance, you may be misinterpreted as being standoffish for taking some time to work alone or have your efforts undermined because you’re unable to sell yourself well.

However, while some introspective qualities may seem like weaknesses in an extroverted environment, there are always ways to work around them so that you don’t lose out in your workplace. Here are 5 ways that introverts can thrive in office settings

“Faking it” refers to adapting based on the situation. Socialising is an inevitable part of working even if you don’t belong in a people-centric role, such as developers. There will still be situations where you have to put yourself out there and mingle with unfamiliar people.

In such circumstances, extroverts will naturally shine as people tend to gravitate to their outgoing personalities. For introverts who struggle with making the first move, there’s simply no other solution than to “fake it”. You don’t have to invent a new personality but you do have to quash your shy disposition for a bit.

Introverts can try taking a moment to scan the room and identify fellow introverts, or those who are too shy to make the first move. Engage them in conversation and you’ll quickly find an ally. Chances are that your similar personalities will allow you guys hit it off and as you introduce each other to mutual acquaintances, your social circle will grow.

In fact, I’ve met so many people at networking events and parties who might have been categorised as extroverts, since they’re always the ones starting conversations. But, surprise, surprise! After getting to know them better, they told me that they actually identify as introverts. This shows that with some effort, introverts can also excel in social situations.

Extroverts generally thrive on social interactions and adore working in group settings. However, for introverts who may feel drained from having too much social interactions, don’t be afraid to find a space where you can just concentrate fully, even if it means working alone.

For instance, I love my team here at Shopee very much, but I actually get work done much faster when I’m alone. Hence, I’ll escape to the cafeteria from time to time when trying to maximise my productivity.

That said, it takes some time to establish enough rapport and trust with your teammates before they’ll understand your reason for choosing to work alone. Without this understanding, your need for space can be misinterpreted as anti-social behaviour. But, once your colleagues get to know you, they’ll be more accepting.

Don’t forget that trust works both ways though. You also have to work to prove that you’ll fulfill your duties even without supervision. Don’t misuse your colleagues’ trust and slack off. Ensure that you complete your tasks and if possible, do them impeccably!

Besides, there are many methods to display enthusiasm at work and one of the simplest ways is through forming and maintaining friendships. Introverts are generally more observant so chances are that you’ll be amongst the first to sense if there’s something amiss with a colleague. Take the initiative to check in on them. Introverts make for great listeners and you can use this quality to be a supportive colleague at work. Besides, if you’re uncomfortable with socialising on a large scale, forming more intimate friendships is a great first step.

Extroverts have an edge when they do great work and are not hesitant about putting themselves out there. Whether it’s speaking up in a meeting or agreeing to be featured in company collaterals, like newsletters and blog articles, their outgoing nature makes it easier for their efforts to get recognised.

However, introverts may be reluctant to inch into the spotlight when they’re content with being wallflowers.

For instance, as an introvert myself, I find it tough to intercept a conversation and offer my suggestions during meetings. As a result, while waiting for the conversation to taper off, I often miss the moment and realise that they’ve already moved on to a separate point. There are times when I’ll think “It’s alright, I don’t think my point was that important anyway”.

However, with more experience, I now understand that this can be so detrimental to my progress as an employee. Avoiding attention may be seen as humble, but it’s also problematic because it means that you’ll lag behind while your peers are fighting for opportunities. After all, how can you expect other people to value your opinions if you dismiss them yourself?

What introverts can do instead is to leverage on your introspection as a strength. For example, while you may not be able to offer numerous contributions during discussions, your capabilities lie in internalising all options and offering a well thought-through suggestion. Contributing fewer opinions doesn’t make you any less valuable.

Other factors that can increase your confidence and help ease any anxiety about speaking up include doing more preparation prior to meetings. Also, if you’re uncomfortable with voicing out in public, try emailing or speaking to your managers and teammates personally.

5. Be independent yet collaborative

A strength of introverts is their ability to shoulder individual responsibilities with gusto, no hand-holding necessary, since they thrive on spending time alone.

However, introverts can also work really well in teams since they try to avoid creating waves. Have you ever heard of how a common trait among introverts is the tendency to apologise, and even over-apologise at times? The tendency to avoid dischord is the basis behind this.

Introverts can also be more sensitive, which is both a weakness and a strength. While this means that criticism may be particularly hurtful, it also means that you’re more sensitive to the needs and feelings of others. Coupled with your inclination towards maintaining peace, an introvert is a great team player who can balance out the different temperaments of team members and ensure that there’s harmony.

While extroverted counterparts ensure that the team’s voice is heard, introverts act as the glue that tie everyone together.

Ultimately, introverts can’t stay as wallflowers in the office. To truly thrive at work, you’ll still have to step out of your comfort zone once in a while. But that’s good! After all, it’s this constant pushing against your boundaries that allows one to grow.

Moreover, though introverts seem to be getting more attention and affirmation in the media recently, let’s not forget about our extroverted superstar colleagues. It takes a good mix of both personality types within a team for it to truly thrive. After all, both sets of people have different perspectives and can offer different solutions. It’s this diversity that ensures that a company covers all ground when planning!

Shopee values all talents, be it introverts or extroverts, as long as you’re a good team player! There are considerations made for both personalities to thrive in the company. Interested in finding out if you’re a right fit? Check out our career page.

Shopee Spotlight: Starting the Year Right — 2021 Takeaways from our Employees across the Region

Shopee Insider: Meet the Engineers Who Get Your Orders to You

The Gift Of Time: 15 Best Couple Watch Brands in Singapore for Valentine’s Day [2022]

Smokin’ Good: 15 Best Grills For Your BBQ Parties This CNY

6 hard-to-beat treats for our gal pals this Women’s Month!