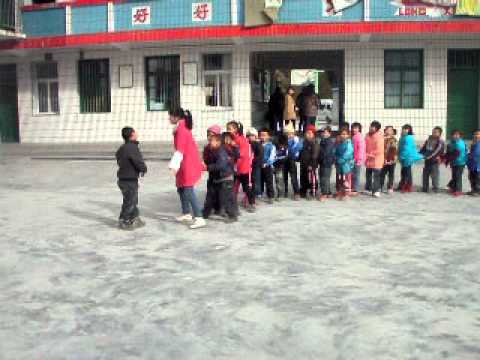 Themed decorations and sumptuous food are characteristics of a great kids party but it’s the engaging party games that really makes the entire event memorable. We understand that it’s difficult to get everyone to participate and play together given unpredictable group dynamics and personalities so we’re offering our comprehensive list! These party games for kids are so inclusive that even adults will find themselves having a ball.

Three Legged Races are classic outdoor party games for kids as they’re as fun to participate in as it is to watch pairs struggle to cooperate. Combining the key qualities of teamwork and physical finesse, participants will pair off and tie their inner legs together. From the starting line, the pairs will then attempt to reach the finish line in the quickest time possible.

To make the game more challenging for older participants, try obstructing players’ sight with blindfolds or add a minor obstacle course so pairs have to coordinate their strides and work together.

A staple at carnivals, anyone with a steady hand can win at a game of ball toss! To set up, simply stack the cans in a pyramid on top of an elevated platform. The goal here is to knock all the cans off the platform with a single throw. If players are finding the game too easy, weigh one of the cans down so players will have to rely more on accuracy than brute force.

The trick here is to aim at the base of the pyramid of cans. By accurately tossing the ball at the middle of the base, you’ll destabilise the structure and hopefully cause a big enough impact to topple the entire pyramid.

Pepsi Cola 1, 2, 3 is a party game for both kids and adults that will test your reflexes and jumping capabilities! The rules are fairly simple: players first stand around in a circle to decide the order in which they’ll take their turns. Then, in a single turn, they can make three leaps across the playing field and attempt to step on each other’s foot to eliminate them while dodging attacks from other players. The last survivor is declared the winner.

To make this outdoor party game for kids more accessible (and less painful), we encourage the use of balloons! It’s definitely easier to pop a balloon tied to each player’s foot given the larger surface area.

A popular schoolyard game among the older generation, Eagle And Chicks is a popular party game for kids that gets better with more players! To start, choose one player to be the Eagle. The rest of the players are to line up and avoid getting caught by the eagle, with the player at the front of the line playing as the Mother Hen protecting the Chicks.

The Eagle must then tag a Chick while the Mother Hen raises her arms to fend off the Eagle’s attacks. Chicks don’t have to stay in line so they can employ different tactics to distract the Eagle. Once a Chick is tagged, he becomes the new Eagle. The game can get rather frenetic so make sure players acting as the Chicks grab the waists in front of them to maintain their balance.

Relay races can be a great option as it’s usually difficult for party games for kids to involve all participants! To get started, simply collect some empty containers to be filled up with water and buckets to transport the water. Then, split the players into teams and get them to dash between the water collection points and the empty containers. The winning team will be the one which collects the most water.

Make the relay race more interesting by adding holes to the bucket! This will ensure that everyone gets a turn since it’ll take more time for the containers to be filled. Additionally, if you’re short for time, set a time limit so players don’t get too worn out from sprinting about.

Looking for an icebreaker party games for kids to get things started? Pass The Parcel works well as it gets people warmed up for upcoming games! Before the party, wrap up small prizes with multiple layers of gift wrapping. When the passing begins, play some music and let players decide when to pass the prizes.

Once the music stops, the player holding the parcel unwraps a layer. The winner is the person who manages to tear off the final layer. To change things up, consider making these ‘winners’ do a forfeit so they won’t hog the parcels while passing them around.

Sometimes, it’s the simple party games for kids and adults that will keep party guests entertained. Opposites works like the name suggests: do the opposite of what the leader suggests. One person is first designated to be the leader and issues commands that players must do the opposite of. The last player to survive this ordeal will be declared the winner and new leader!

While the game is great for building essential executive and functional skills among younger ones, it also works well for adults as leaders can amplify the difficulty by increasing the speed at which commands are ordered.

You Snooze, You Lose is a terrific party game for kids and adults as the game runs in the background and doesn’t require the undivided attention of guests! To start, first announce that players have to remove their hats to win the game. However, players can only begin removing their hats once they see another guest with their hat off.

After a few conversations, the hats eventually come off — the last person who does not notice will be the loser. The key here is observation: guests have to keep their eyes peeled and remember that the game’s going on so they don’t get caught up with the festivities.

Renowned for their wacky minigames and witty writing, the Jackbox Party Packs are ever-popular party games for kids and adults! All you need is an internet connection and smart devices to join the game’s lobby. If you’re worried about the mature jokes, majority of the games have family-friendly modes so you don’t need to worry about explicit content.

We’d recommend going with the second Jackbox Party Pack if you’re unfamiliar with the series as mini-games like Fibbage 2 (the strategic game of providing seemingly correct answers) and Bidiots (a hilarious take on art auctions) are guaranteed to provide plenty of laughs!

10. Keep Talking And Nobody Explodes

Nothing causes quite the ruckus like Keep Talking And Nobody Explodes, the indoor party game for kids and adults that forces players to defuse a convoluted bomb! The game is best enjoyed with virtual reality setups as one player is isolated and only has the bomb in front of them while the other yells instructions while deciphering a 30-page manual.

The catch here is that both players can only communicate verbally and attempt to pass information while under the pressure of a running timer. One wrong wire cut or button input will cause the bomb to explode so communication skills here are essential!

13 Best School Bags With Back Support For Your Kids

12 Educational Toys That Are Fun For Babies

The Gift Of Time: 15 Best Couple Watch Brands in Singapore for Valentine’s Day [2022]

Smokin’ Good: 15 Best Grills For Your BBQ Parties This CNY