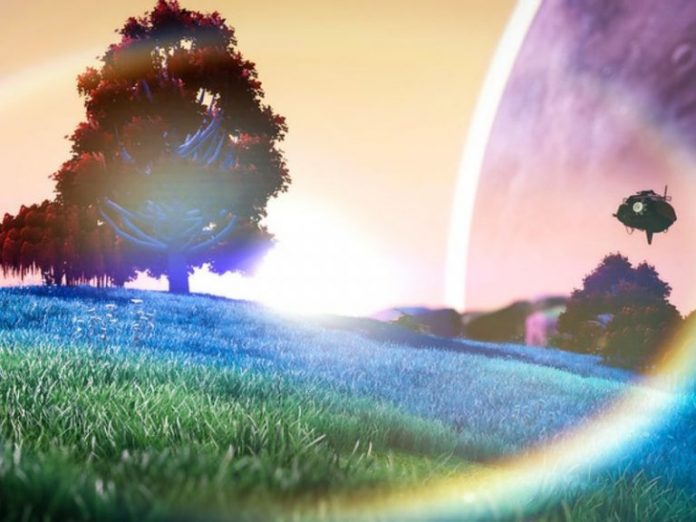 Miss exploring stunning attractions overseas? Fortunately, with the advent of virtual reality, transporting yourself to a whole new world can be effortlessly done with the click of a button! We’ve done our homework on the best PS4 VR games, and we aren’t kidding when we say that today’s virtual reality technology has come so far, it’s like you’re traveling from your living room. From soaring through the skies as Iron Man to exploring the vast depths of space in No Man’s Sky Beyond, here are the best PS4 VR games to check out for those of you experiencing some serious wanderlust! 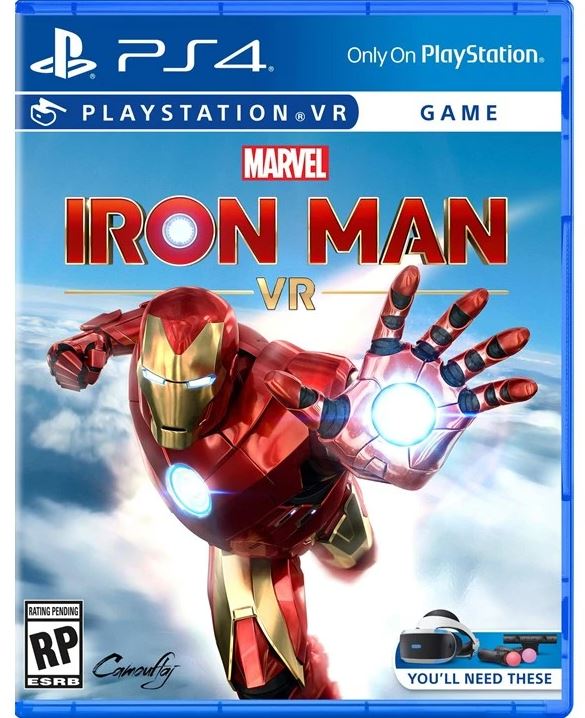 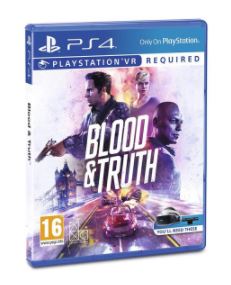 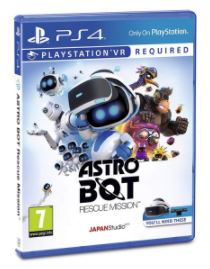 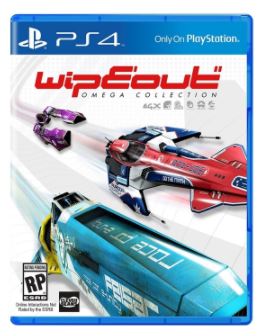 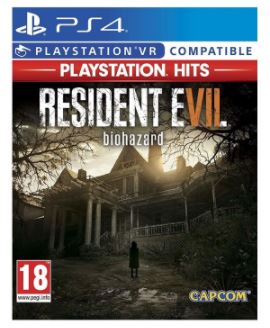 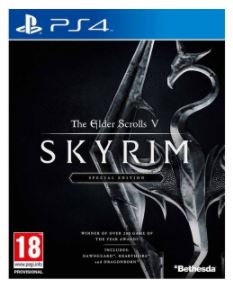 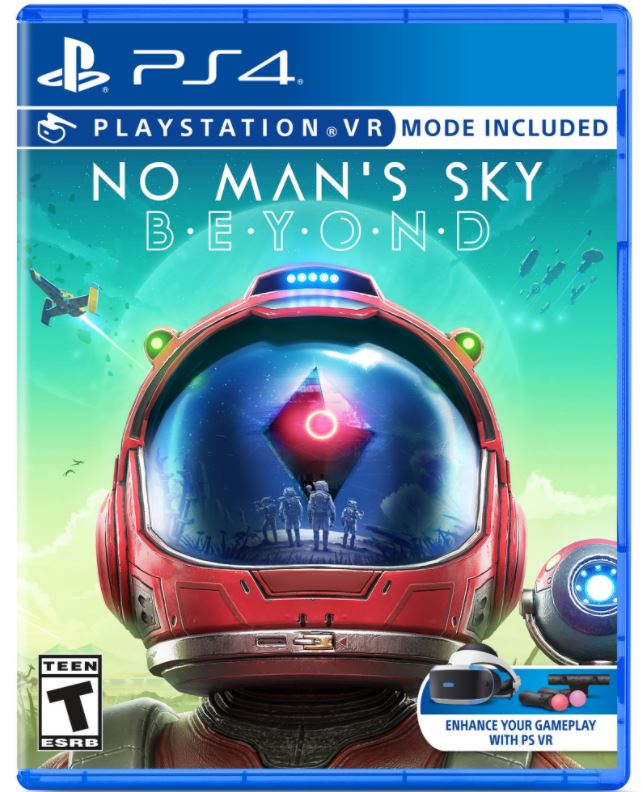 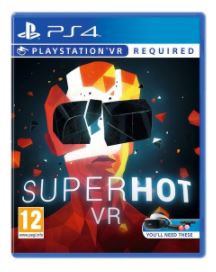 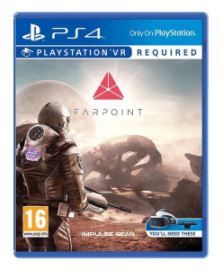 Virtual reality games that will transport you to another world

When PlayStation VR first released, rumours began building of how the technology would let you embrace the role of famous comic book heroes. With Marvel’s Iron Man (available on GameBusted), you can experience what it’s like to be Tony Stark as you’re placed in his shoes. From effortlessly cruising around varied environments to engaging in frantic aerial dogfights as the Armoured Avenger, virtual reality immersion makes this one of the best PS4 VR games around! Even if you’re not an avid gamer, you’ll learn how to pilot the suit within minutes thanks to intuitive motion gestures. With time, you’ll unlock a host of suit tinkering options to help slice through enemies like a hot knife through butter.

Adore the spectacle of an over-the-top action flick? Blood & Truth (available on pagu_games) transports you to the seedy London underground world as you blast your way out of gang-related conflicts. The gunplay takes centrestage here and should be familiar to anyone who’s played Time Crisis in the arcades. From manually reloading firearms to aiming for a crisp headshot, the game keeps you busy while ratcheting up the action. During its downtimes, the game fleshes out its storyline with a convincing acting cast that raises the stakes for the main character and his family. Ultimately, it’s this fantastic pacing of action and melodrama that make Blood & Truth one of the best PS4 VR games for heart-pounding and immersive gameplay.

Keen on getting your little ones involved in the fun? Then family-friendly virtual reality games like Astro Bot Rescue Mission (available on TAGamers) will be right up your alley! At its core, Astro Bot Rescue Mission is similar to classic platformers, with you gathering the missing astro bots, fighting dangerous enemies and exploring stylish environments. The key difference is that the game fully embraces its virtual reality setting and designs their levels with astonishing polish! From physically crouching down to look for hidden collectibles to being wowed by the sense of scale in each level, Astro Bot Rescue Mission is truly one of the best PS4 VR games because it masterfully uses the VR tools available to immerse you in its gameplay.

For this best PS4 VR game, you’d best strap yourself in! WipEout: Omega Collection (available on ShopiTree) lets you travel at breakneck speeds as you navigate across a futuristic world that’s bursting with vibrant colours and rollercoaster-like tracks! As a blisteringly fast racing title, the series is renowned for its adrenaline pumping gameplay and stellar electronic soundtrack as you race others in anti-gravity ships while dodging weapon fire and cruising through tight corners. With the virtual reality addition, you can slip into the cockpit of these futuristic crafts and experience everything in first-person!

Given the game’s critical success, it’s no surprise that Resident Evil 7 (available on ShopiTree) makes our list of best PS4 VR games! Letting you visit one of gaming’s scariest haunted houses, it’s a nerve-racking experience playing such horror games thanks to the tense atmosphere. For the uninitiated, the core game is a scarefest thanks to its hyper-realistic graphics and unnerving characters! With the additional virtual reality perspective, scares are amplified as the game’s setting is made more believable. During your immersive journey, you’ll dread trudging through decaying corridors and neck-high water!

The fantasy adventure epic you know from 2011 is made better thanks to immersive virtual reality additions! While it’s breathtaking to see the standalone game displayed on a huge smart TV, it’s a staggering experience to stand face-to-face with a towering dragon or admire Tamriel’s vast mountain range in The Elder Scrolls V: Skyrim VR (available on TAGamers) version. Combat is also vastly improved as you flail your move controllers to strike enemies and dual wield magic spells. For those who’ve yet to try Skyrim, you’ll certainly be hard-pressed to find a virtual reality game that’s as entrancing!

Ever wanted to buy a virtual reality game that perfectly encapsulates the wonders and joys of space travel? Look no further than No Man’s Sky Beyond (available on Game Now SG). For newcomers to the genre, think of No Man’s Sky Beyond as something like Minecraft but in space! Thanks to its randomly generated content, this virtual reality PS4 game offers millions of alien planets for players to explore, each of them with their own terrain, species and economies. Within this vast sandbox, you’re free to do whatever you please as you juggle exploration with basic resource gathering. Whether you’re a species-discovering scholar or a war-mongering pilot, the game offers something for everyone!

Fondly termed “The Matrix simulator” among fans, Superhot VR (available on TAGamers) is regularly recommended as one of the best PS4 VR games thanks to its chaotic gameplay and minimalist aesthetic. Although it might seem like your average shooting gallery game, Superhot VR strictly follows the “If you stop, time stops” rule. This means you can take a breather in the middle of the rampage you’re causing to assess your surroundings. For more veteran players, you can even skillfully dodge and deflect stray bullets. After all, nothing looks flashier than you tossing a cleaver at an enemy and grabbing his gun mid-air to fire at an enemy right beside you!

Looking for the best PS4 VR games that combine expansive exploration with action-packed shootouts? Farpoint (available on TAGamers) is a virtual reality space adventure game that places you on an alien planet. As you fight through hordes of creatures, you’ll discover fellow scientists and team up to escape the hostile environment in one piece. Also, there’s a cooperative mode where you and a friend take on waves of enemies in tiny arenas! Before you rush out to buy Farpoint, make sure to pick up the PlayStation Aim controller (available on G. Shop)! With this accessory, it’s like you’re personally exploring the alien world as you peer down at those sights and swap with the weapon holstered on your back.

Immerse yourself in these gripping virtual reality games

With these best PS4 VR games, you can lose yourself in virtual worlds that are brimming with things to do and sights to see when you slap on that virtual reality headset! Miles away from your loved one but want to spend time together? Check out these best online couple games that you can play from the comfort of your home. Need a breather from all those hours spent gaming? Why not get your heart pumping with our easy 15 minute workout routine that you can start doing today!

21 Types of Keycaps To Zhng Your Mechanical Keyboard

Back To School: 7 Best Budget Laptops For Students Under $1000

Florasis To Judydoll: 11 Makeup Brands From China That Are Worth The Hype

Trust The Chef! 12 Affordable Omakase Restaurants To Indulge In This V-Day

23 Best Backpacks For Men For School, Work And Travel

Stay Productive With The Best Table Lamps From $11.90

Shopee Insider: What’s it Like Building the Shopee App?

The Best Premium, Value-For-Money And Budget Samsung Phones Of 2021