The highly anticipated Geylang Serai Bazaar 2019 is here and runs till 5 June! In response to feedback from the public of past years’ events having lost the traditional touch to them, this year’s Geylang Serai Bazaar has dedicated 60 percent of the booths to serve up traditional Malay treats. However, this doesn’t mean you won’t find any trendy and Instagrammable bites at this all-halal bazaar! Read on for some of the stalls worth braving the crowds for. 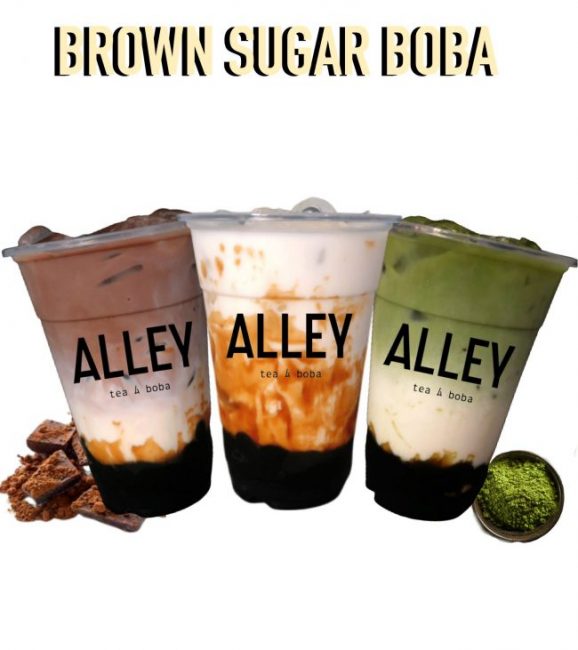 (Credit: alley / Facebook)[/caption] What’s Geylang Serai Bazaar 2019 without bubble tea? ALLEY may seem familiar to past bazaar-goers for warm chewy churros. After introducing Thai milk tea to the night markets in Singapore, ALLEY is now famous for their Brown Sugar Boba Fresh Milk ($3.90 for medium, $4.90 for large) — a creamy concoction of fresh milk, brown sugar syrup and brown sugar pearls. While you’re at the Geylang Serai Bazaar, don’t miss out on ALLEY’s Boba Tea-Infused Pancakes! Despite looking like a hot gooey mess, the fluffy pancakes melt in your mouth and taste exactly like brown sugar. Together with the chewy pearls, it doesn’t take long to fall in love with this genius combination! Location: Booth 43 (Tanjong Katong Complex) Booth 360 (Wisma Geylang Serai) Opening Hours:  Mon – Fri: 3pm to 12am Sat – Sun: 3pm to 1am

[embed]https://www.instagram.com/p/Bw8cs6-BFfM/[/embed] Another highlight of Geylang Serai Bazaar 2019 is the succulent flame-grilled beef cubes from Beef Bro Singapore! Made from Australian premium rump, the dish is seasoned lightly before cooking under a blowtorch, lending it an enticing strong smoky flavour. This time, Beef Bro Singapore has outdone themselves with the Truffle Beef Cubes ($16.90). Topped with melted cheese, the beef cubes emit a strong truffle fragrance that’s hard to resist. If you’re up for something spicier, the Mala Beef Cubes ($14.90) will be right up your alley! The beef cubes are stir-fried with peppercorn, resulting in a numbing yet addictive taste. Location: Booth 306 (Engku Aman Road) Opening Hours: Daily, 3pm – 11.30pm

[embed]https://www.instagram.com/p/BwrDkWUnCcz/?utm_source=ig_web_options_share_sheet[/embed] Get your lobster fix at Geylang Serai Bazaar 2019 with Burp Live Station Catering! Endorsed by local football talent Ikhsan Fandi, you’ll definitely get a kick out of the fresh and juicy London Lobster Rolls ($12 for small, $19 for large). For more local flavour, try the Laksa Lobster Roll instead. Order Burp Live Station Catering’s new beverage — the White Rabbit Drink ($8) for something completely novel! Yes, we’re talking about the White Rabbit candy from our childhood days! We believe it’d be on the sweeter side, but it’s a must-try for those with a sweet tooth. Location: Booth 259 (Engku Aman Road) Booth 125 (12 Haig Road) Opening Hours: Daily, 12pm – 12am 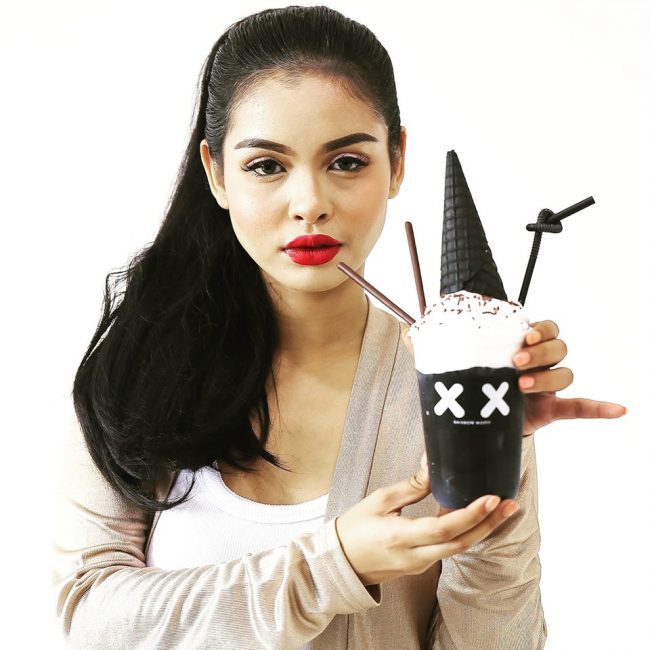 (Credit: Rainbow Works / Facebook)[/caption] Count on Rainbow Works to come up with stunning concoctions that’ll be bound to get you lots of likes on Instagram! For the Geylang Serai Bazaar 2019, the brand has introduced Skydancer ($9.90), a rich blend of milk, chocolate, milo and black colouring. True to its name, the drink is dressed in black feather wings and a black balloon for a dramatic effect! Not a fan of the monochromatic food theme? Fret not, Rainbow Works also serve a magical beverage known as Starlite ($9.90) that’s presented with all things dreamy — think unicorn-shaped marshmallows, rainbow-coloured fruity pebbles and fluffy white froth! This bubblegum flavoured milkshake is not only picture perfect, but also a must-have for every sugar princess out there! Location: Booth 343 (Engku Aman Road) 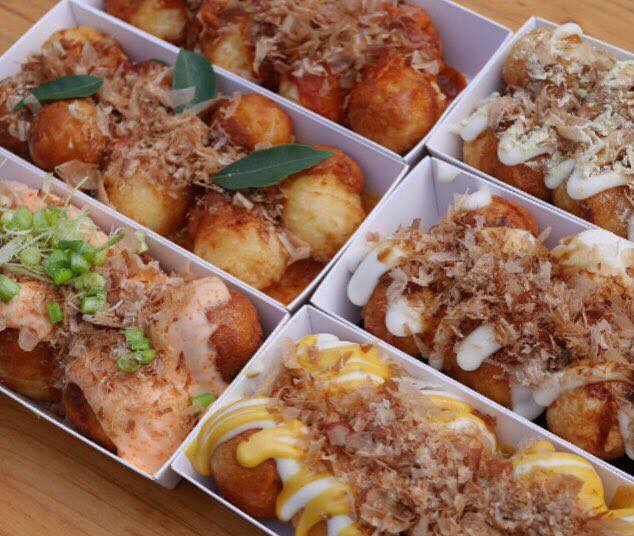 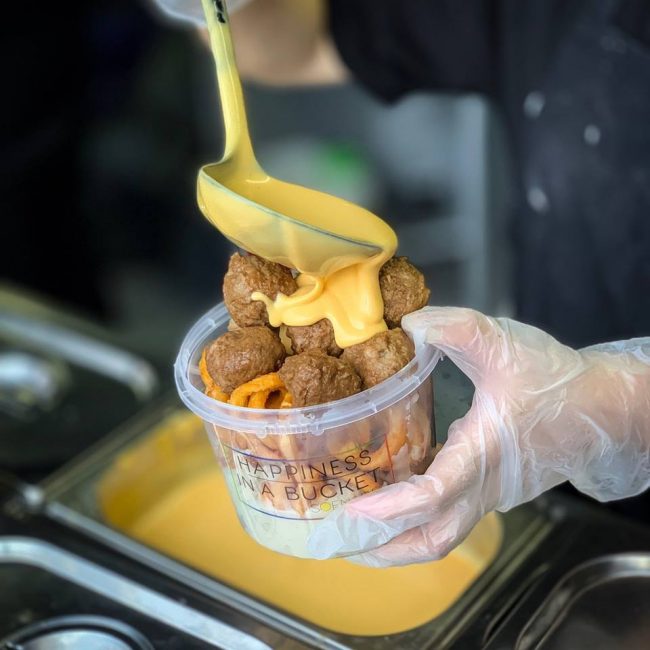 (Credit: Sofnade / Facebook)[/caption] Folks who loved the Sofnade’s famous Chicken Satay Meatballs In A Bucket ($10) from the Geylang Serai Bazaar 2018 will be happy to know that it’s back again this year! A twist on our favourite local delight, you’ll find the chewy tender chicken meatballs drowning in fragrant satay peanut sauce alongside ketupats and cucumber slices. Craving for some Assam Laksa? You don’t have to make a trip to Penang to satisfy your craving! Sofnade has launched a new dish on the menu — Assam Laksa In A Bucket ($5) which packs a punch of robust flavours alternating between sweet, sour and spicy! Location: Booth 130, 131 (Haig Road) Booth 3 (Tanjong Katong Complex) Booth 326, 333 (Engku Aman Road) Opening Hours: Daily, 3pm – 11.30pm 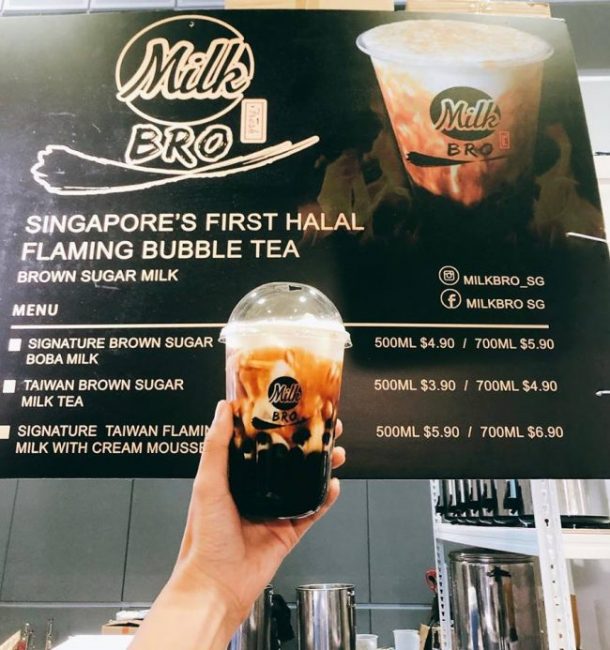 (Credit: Milk Bro Sg / Facebook)[/caption] Think you’ve tried all the brown sugar milk tea in Singapore? Think again! Milk Bro’s Signature Taiwan Flaming Boba Milk With Cream Mousse ($5.90 for 500ml, $6.90 for 700ml) is a game changer at the Geylang Serai Bazaar. Instead of the usual brown sugar milk tea, Milk Bro has added an interesting twist to this popular beverage by lighting it up with a blow torch! Think of creme brulee on top of the brown sugar milk tea and you’ve got the addictive Taiwan Flaming Boba Milk With Cream Mousse. Location: Booth 356 (Wisma Geylang Serai) Opening Hours: Daily, 4.30pm to 12am

[embed]https://www.instagram.com/p/Bw6-P_BBrTQ/[/embed] What do you get when you merge traditional Chinese dough sticks with oreo, nutella and chicken floss? The answer is Yu Char Kway Manis! Choose from a wide variety of flavours, including the savoury Nachos Crunch ($5), Peanut Oreo ($4) and Daging Rendang ($6.50). Craving something fruity and sweet? You won’t go wrong with the Colour Series Yu Char Kway Manis, which features flavours such as Very Blueberry ($5) and Pink Strawberry ($5). Location: Booth 294 (Engku Aman Road) Opening Hours:  Mon – Fri: 4pm – 12am Sat – Sun: 3pm – 1am 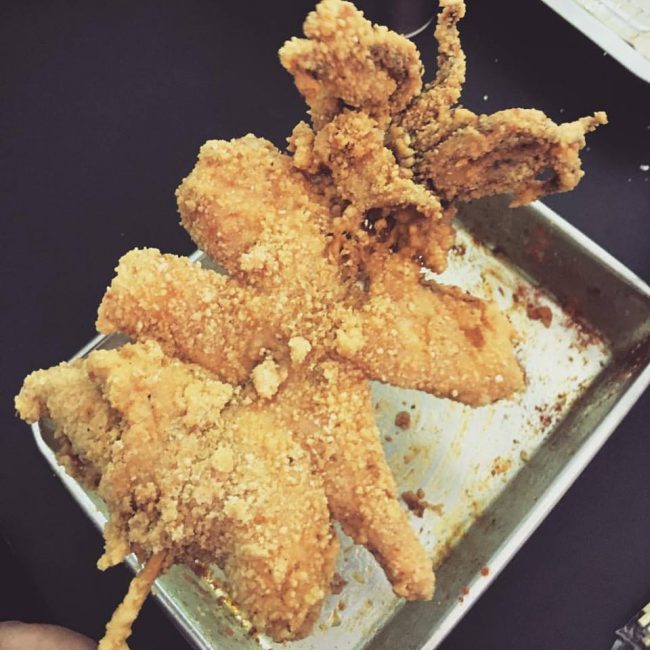 (Credit: Krumbz N Kraves / Facebook)[/caption] Where else will you find a stall selling halal Taiwanese Shihlin Chicken if not at Geylang Serai Bazaar 2019? Indulge in the golden brown boneless chicken thigh that’s been deep-fried to perfection at Krumbz N Kraves. Besides the Shihlin Chicken ($6), another popular dish that’s attracting long queues is the Argentina Squid ($8). Seasoned with chilli powder, the Argentina Squid is massive and crunchy — just how we like it! We’re certain this is a snack you won’t want to share! Once done, down the spiciness with a cup of refreshing Cuban Mojito ($5) that’ll leave your mouth with a minty and tangy flavour! Location: Booth 308 (Engku Aman Road) Opening Hours: Daily, 5pm – 12am Don’t miss out on other yummy goodness like Ayam Percik, Prawn Vadai and needless to say, Ramly Burgers! This is also a great chance to stock up on traditional Malay goodies such as Kueh Suji and Kueh Makmur for Raya! To ensure you have the best time at the Geylang Serai Bazaar 2019, remember to dress lightly and bring along a portable fan to fight the heat. Geylang Serai Bazaar 2019 Address: 1 Geylang Serai, S(402001) Date: 3 May – 5 Jun If night markets aren’t appealing, head to these halal cafes and restaurants in Orchard for a cosier time! Supper lovers can also check out these best supper places in Singapore to satisfy those pesky midnight hunger pangs!   New to Shopee? Get $7 off (min. spend $15) with code*: GEYLANGSERAI19 * TNC Applies. Valid for new users from 14 May to 21 May only.]]>
Facebook Comments